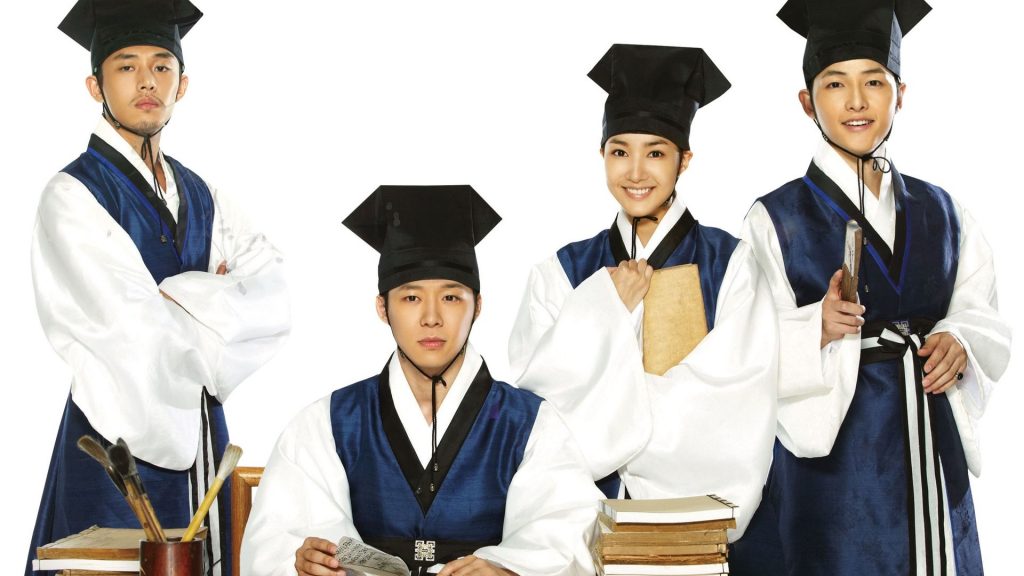 Nicknamed “Queen of Romantic Comedy,” Park Min Young is once again proving her charisma and ability to choose audience hits with currently airing meteorological romance Forecasting Love and Weather breaking its own ratings record every week.

Episode four averaged 7.8 percent in nationwide viewership ratings, with 9.0 percent in Seoul, which demonstrated its growing popularity and potential for ratings to continue rising in the following episodes. While initial reaction to Min Young pairing with oncreen romantic interest Song Kang triggered concerns, their heart-fluttering chemistry led many to overcome their 8-year gap and follow their underground office romance.

Successfully creating romantic sparks even with a younger actor, Min Young is praised for her acting skills and her talent to build chemistry with just about anyone. An overview of her past romantic dramas with various popular actors reveals her success and her good eye in choosing the right scripts.

The historical cross-dressing romcom achieved its highest rating of 14.3 percent as Min Young impresses viewers with her acting skills and chemistry with all three actors Park Yoo Chun, Song Joong Ki, and Yoo Ah In.

The popular action thriller scored its highest rating of 19.9 percent. Min Young and Lee Min Ho easily make a power couple when together.

With a rating of 10.3 percent, the action romance is treasured by many fans who got entranced by Min Young and Ji Chang Wook charms.

With its highest rating of 20.3 percent, the mystery thriller captivates viewers’ attention with its intense and gripping storyline, and the partnership between Min Young and Yoo Seung Ho who were each other’s emotional support system.

The TVN romcom achieved 8.7 percent in ratings, which is considered well-received for a cable drama. The heart-pounding chemistry between Min Young and Park Seo Joon led significant viewers to root for them to become a real-life couple.