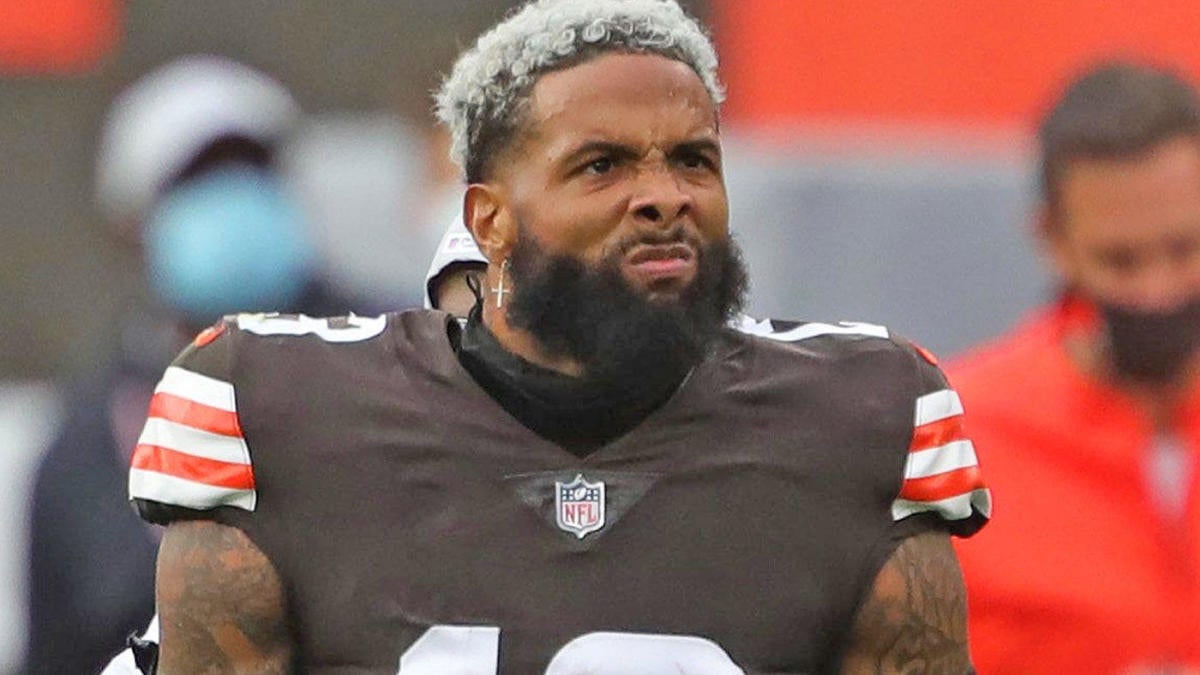 Less than five months after being cut by the Browns, Odell Beckham Jr. could actually end up returning to Cleveland.

According to Cleveland.com, the Super Bowl-winning receiver is “open to the possibility” of a reunion with the Browns because everything he likes about the franchise is still there. Beckham loved the fans and his teammates in Cleveland, but he didn’t get along too well with Baker Mayfield, which is a big reason why OBJ ended up getting released by the team in early November.

Despite the drama caused by Beckham in 2021, Browns coach Kevin Stefanski sounded like someone who would be open to a reunion.

“I really like Odell. We’ll see how it all plays out,” Stefanski said at the NFL annual league meeting on Monday.

Beckham was actually asked on Twitter recently about the possibility of a return to Cleveland and he said, “that’s an interesting one.”

It’s also worth noting that one of Beckham’s friends and former teammates in Cleveland, John Johnson, recently said on Instagram that OBJ would be returning to the Browns.

The biggest obstacle standing in the way of a potential Beckham return was definitely Mayfield, but he won’t be with the Browns much longer following the team’s blockbuster trade for Deshaun Watson.

With Mayfield on his way out of Cleveland, it seems Beckham is now open to a possible return so that he could catch passes from Watson. Catching passes from Mayfield — or the lack thereof — is what led to most of Beckham’s drama in Cleveland. While OBJ was still with the Browns, his dad released a video during the middle of the season that basically ripped Mayfield apart. The video showed all the times that Mayfield chose not to throw to Beckham, despite the fact that the receiver was wide open.

Less than a week after the video was released, the Browns made the decision to cut OBJ in a move that came on Nov. 5. One week later, Beckham ended up signing with the Rams. Although he struggled in his first few weeks with the team, he definitely made his mark in the playoffs with an average of 72 yards per game in the Rams’ four playoff wins.

In the Rams’ 23-20 Super Bowl win over the Bengals, Beckham caught two passes for 52 yards and a touchdown before leaving the game in the first half with a torn ACL.

Despite the injury, Beckham has been a hot commodity this offseason. For one, Rams general manager Les Snead has made it clear that he would like the receiver back in Los Angeles.

“He’s someone that we definitely want back,” Snead said this week. “A little bit more complex situation based on the injury. We envision it being similar but different circumstances to last year. When Odell is ready to play, we’d appreciate him being part of (the Rams).”

Also, it seems that Patriots star Matthew Judon would love to see Beckham in New England.

Although it’s not yet clear what Beckham wants to do, he did seem pretty fired up about Matt Ryan being traded to the Colts.

Due to his injury, it doesn’t seem like Beckham is in any hurry to sign anywhere, but once he’s ready, you can bet there will be a serious market for his services.