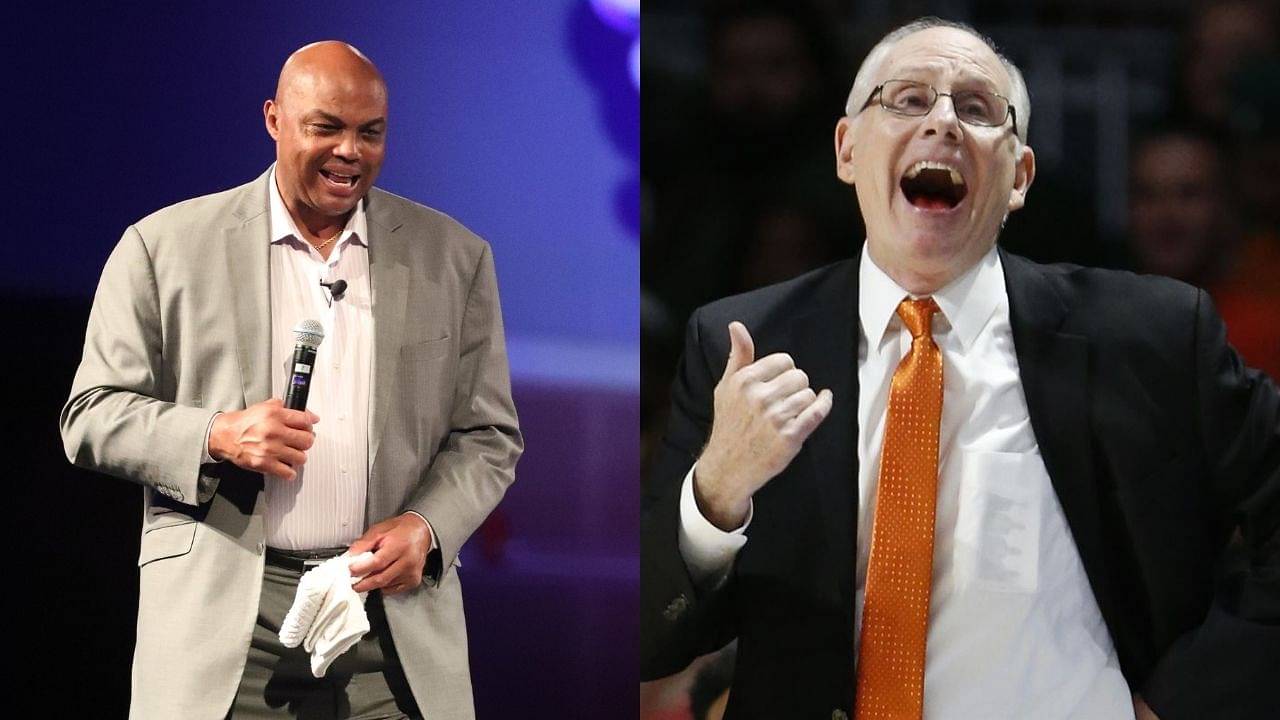 It’s that time of the year when college basketball takes over the sporting world. The ‘March Madness’ turns the casuals into die-hard fans of the sport. What makes the tournament so watchable is that there’s always a chance of an upset, unlike an NBA playoff series, where the best team almost always comes out on top.

Every year, a top seed falls to the underdog, who ends up having a Cinderella story. While they rarely go on to win the whole thing, they do just enough to keep the viewers interested. This year was no different. The No.2 seed Auburn, fell to the 10th seeded Miami Hurricanes. In fact, before the game, Charles Barkley, who played his college ball at Auburn prior to entering the NBA, promised to take his shirt off if the Tigers won against the Hurricanes.

“If we win tonight I might take my shirt off. … Ima be Kelvin Sampson tonight.” 😂

Chuck is going ALL OUT if @AuburnMBB gets the W vs. Miami #MarchMadness pic.twitter.com/c38YDbZx3r

Post the victory, it’s the Hurricanes head coach’s post-game comments that included a slight dig at Chuck that made the rounds. So what did he say? Read on to find out…

Also Read: “Ernie really bet on Charles Barkley to outshoot Shaq and lost”: When the Lakers and Suns legends indulged in a 3-point contest on NBA on TNT

Luckily for our sakes, the Hurricanes pulled off an upset 79-61 victory against the higher-seeded Tigers. In the post-game presser, the Miami head coach was glad he won but was happier that he didn’t have to see Chuck naked. He goes on to say –

“I was tuned into the games before us. I listened to Charles Barkley tell the CBS crew that if Auburn won, he would take off his shirt and I thought to myself, man, no one wants to see that Chuck. So we did everything possible, to make it possible that he wouldn’t have to do that.”

“I listened to Charles Barkley tell the CBS crew that if Auburn won, he’d take off his shirt. And I thought to myself, no one wants to see that, Chuck.” – Jim Larrañaga 🤣 pic.twitter.com/fgHqH85IKo

Haha! The thought of Chuck naked scared them so much that they pulled off a dominating win over the Tigers. In fact, they never trailed the Tigers and led by as many as 18 in the second half.

Charlie Moore (Morgan Park) and the #10 Miami Hurricanes are headed to the Sweet Sixteen after a 79-61 win over #2 Auburn.

Later, Chuck even had a response for the Hurricanes head coach. He goes on to say –

“This is all about Miami, man. I love my school. They had a good season … just a good season, not a great season. But they beat us today.”

The whole world should thank the Miami Hurricanes after this game. Because a shirtless Charles Barkley would break the internet, and more importantly, scar a few people.

Also Read: “If Charles Barkley retires from Inside the NBA, Kevin Garnett is the best replacement”: A Redditor makes a sensational claim on why The Big Ticket might be the perfect choice