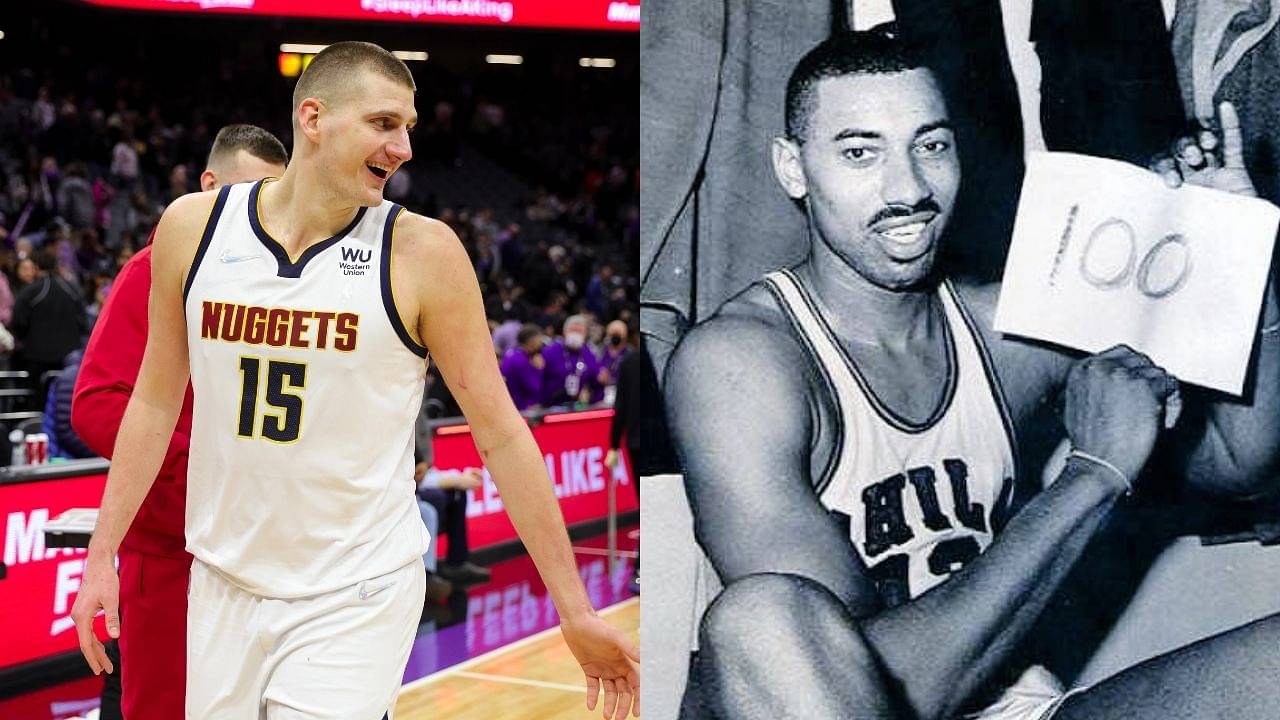 Nikola Jokic is only 6 triple-doubles away from breaking Wilt Chamberlain’s record of most by any center in the history of the NBA.

The reigning MVP is somehow having an even better season than the last one. Without two of their prominent stars, Nuggets are ahead of the Los Angeles Lakers in ranking. With Jamal Murray and Michael Porter Jr. returning before the end of the regular season, fans can hope for brighter times.

The Joker is having one hell of a season, averaging 25 points, 13.7 rebounds, and 8 assists a game. He is the best passing center in the league and the competition is not close. His skill-set is very different from centers like Joel Embiid but the impact is just as valuable.

The fact that he catching up to one of the greatest centers in the history of the game, Wilt Chamberlain, in triple-doubles speaks for itself.

Also Read: “Even LeBron James didn’t believe we could come back from 3-1 down!”: Richard Jefferson reveals shocking reality behind Cavaliers’ mentality during 2016 Finals vs Stephen Curry and Warriors

Is it possible for Nikola Jokic to pass Wilt Chamberlain this season?

Nikola Jokic entered the 7 years ago as a nobody. His draft was not televised as ESPN chose to air a commercial in its place. He earned the position he’s in today. From going 41st in the 2015 NBA draft to league MVP Jokic has come a long way.

Wilt Chamberlain has laid some of the most unbreakable records in the history of the NBA. Matching his streaks is unimaginable for current and future players alike. But some of his more attainable records are already being threatened by young players like Jokic.

Most triple-doubles by a center in NBA history:

The Joker is only 5 away. pic.twitter.com/Z9HJpccMTO

If the Joker is successful in recording six more triple-doubles this season, he will cross Wilt to take 6th position on the all-time list and top among centers.

Given his current rate, he can at best try to tie the record but breaking it seems unlikely. However, one can never rule out the possibility entirely. He might want to make a stronger push to stay comfortably away from the play-in tournament.

The Denver Nuggets face depleted Portland Trail Blazers for the second of a back-to-back. It should be an easy win for the Joker to improve their record to 36-25 and take the 5th spot in the west.