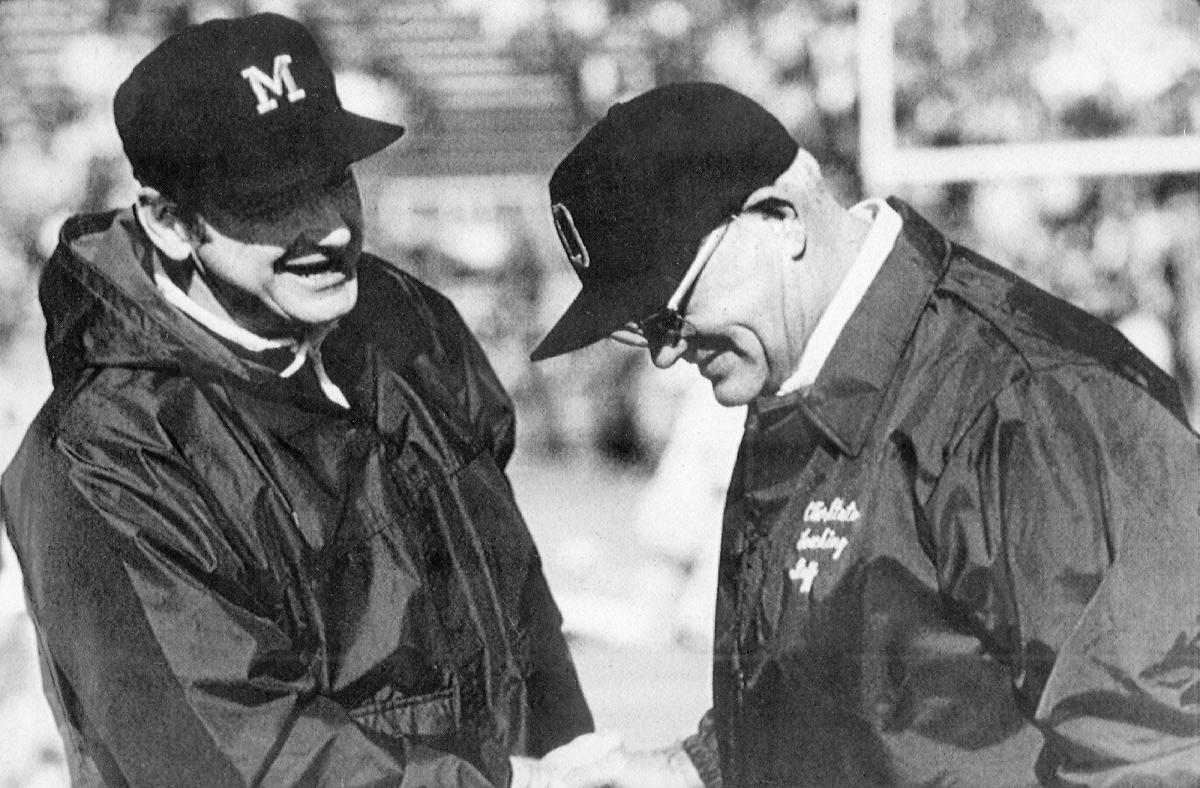 The dormant rivalry between Nick Saban and Jimbo Fisher erupted in the public eye last month, with Fisher calling his former boss “despicable” after Saban raised concerns over how opaque guidelines related to name, image and likeness have helped Texas A&M and others change the national recruiting landscape.

It’s not uncommon for two coaches to be linked by a rivalry between programs yet remain friendly off the field — one example is Arkansas coach Frank Broyles and Texas coach Darrell Royal, who had 19 heated meetings in the Southwest Conference but whose families vacationed together during the offseason.

More often than not, relationships between Football Bowl Subdivision head coaches can be described as cordial, with some drifting toward the Broyles-Royal level of friendship but the majority landing solidly in the range of mutual respect.

SPORTS NEWSLETTER: Sign up now for daily updates sent to your inbox

SABAN AND FISHER: Acting like children in grown-up world of NIL | Opinion

And then there are those that have leaned firmly in the direction of hate. Joining the Saban-Fisher spat, these pairings represent the most venomous off-field rivalries in the history of college football coaching.

Yost does the heavy lifting in a rivalry between two legendary coaches headlining the two dominant FBS programs of the first 40 years of the 20th century. Fresh off an upset loss to Notre Dame in 1909, Yost canceled the Notre Dame series in 1910, when Rockne was an underclassman; the series would temporarily restart after Yost stepped down as Michigan’s athletics director in 1940 but wouldn’t resume in full until 1978.

He also attempted to convince other members of the Big Ten to boycott Rockne’s program through the 1920s, though he was only partially successful. Multiple times in the same decade, Yost rallied opposition to block Notre Dame’s efforts to join the Big Ten. That turned out to be a blessing: The Fighting Irish embraced their independent status to become one of the defining programs in college sports.

Ohio State beat Michigan 50-14 in 1968 and went for the two-point conversion on the game’s final touchdown, and only because the Buckeyes “couldn’t go for three,” Hayes said postgame. Schembechler evened the score over the next decade, compiling a 5-4-1 mark against OSU and Hayes, his coaching mentor. Schembechler played for Hayes at Miami (Ohio) and would later be one of his assistants with the Buckeyes, but any friendship between the pair evaporated once he took over with the Wolverines.

Fulmer lost on the field to the Gators — he went 2-7 against Florida from 1993-2001 — and then had to hear about it from Spurrier himself. There’s the time Spurrier said of the Volunteers, “You can’t spell Citrus without U-T,” referencing the second-tier bowl that served as Tennessee’s landing spot in 1993, 1995 and 1996.

The Red River Rivalry reached its peak in 1976, when Royal, in his last season at Texas, accused Switzer and OU of spying on the Longhorns’ practice — even challenging Switzer and others close to the program to take a lie-detector test to prove their innocence. Royal was technically right: OU had, in fact, spied on his team’s practices four years earlier.

A brutal hit by an Alabama defender against a Georgia Tech punt returner in the 1961 meeting between these teams caused a rift between Dodd and Bryant, who had been friendly to that point. Dodd’s concern with rival schools’ recruiting practices also played a part in Tech’s departure from the SEC after the 1963 season.

Following that matchup, a 10-0 Alabama win, Dodd wrote Bryant asking him to suspend the Crimson Tide player, Darwin Holt, since review of the game film suggested the hit had been intentional — the returner, Chick Graning, had made a fair-catch signal. Bryant refused. One year later, Bryant filed a libel suit against The Saturday Evening Post after an article implied Alabama players had been encouraged to “knock an opponent senseless” in the 1961 game.

Carroll was Harbaugh’s first great foil in coaching. First, Harbaugh led Stanford to one of the greatest upsets in college football history in 2007, when the Cardinal beat the Trojans 24-23 as a 41-point underdog. Two years later, with Stanford quickly rising to the top of the Pac-12, the Cardinal whipped USC 55-21 and stole a page from Woody Hayes’ playbook: Harbaugh called for a two-point try after going up 48-21 in the fourth quarter, triggering Carroll to ask during the postgame handshake, “What’s your deal?”

According to Paterno, everything started over a New Jersey linebacker the two rival programs were recruiting in 1978. In a book published a decade later, Paterno said Sherrill called Paterno’s home, asked Paterno’s wife if he was with the recruit and then threatened to find and injure Paterno. Asked less than a year later if he would leave coaching for politics, Paterno said in response, “And leave college football to the likes of Jackie Sherrill and Barry Switzer?”

That quote got back to Sherrill, who told Paterno before the 1979 meeting between the  teams that Penn State was “going to be in for a long afternoon.” He was right: Pittsburgh beat PSU 29-14 and would do so again a year later, becoming the first program to win in Happy Valley in two straight years.

After Harbaugh and Day got into an argument on a teleconference with other Big Ten coaches in the summer of 2020, Day is alleged to have told his team they’d drop 100 points the next time the Buckeyes met the Wolverines. After the rivalry took a coronavirus-caused break that fall, Michigan beat OSU 42-27 last November for Harbaugh’s first win in the series.

Postgame, Harbaugh said of Day, who took over a powerhouse program as Meyer’s top assistant, “Sometimes people that are standing on third base think they hit a triple, but they didn’t.”

Lane Kiffin (Tennessee) vs. Everyone

Kiffin packed a decade of controversy into his one season at Tennessee. There was the time he accused Meyer of violating NCAA recruiting rules in chase of a prospect who eventually signed with the Volunteers. (Kiffin apologized one day later.) There was the other time he told a prized receiver recruit that if he signed with Spurrier and South Carolina, he’d “end up pumping gas for the rest of his life.”