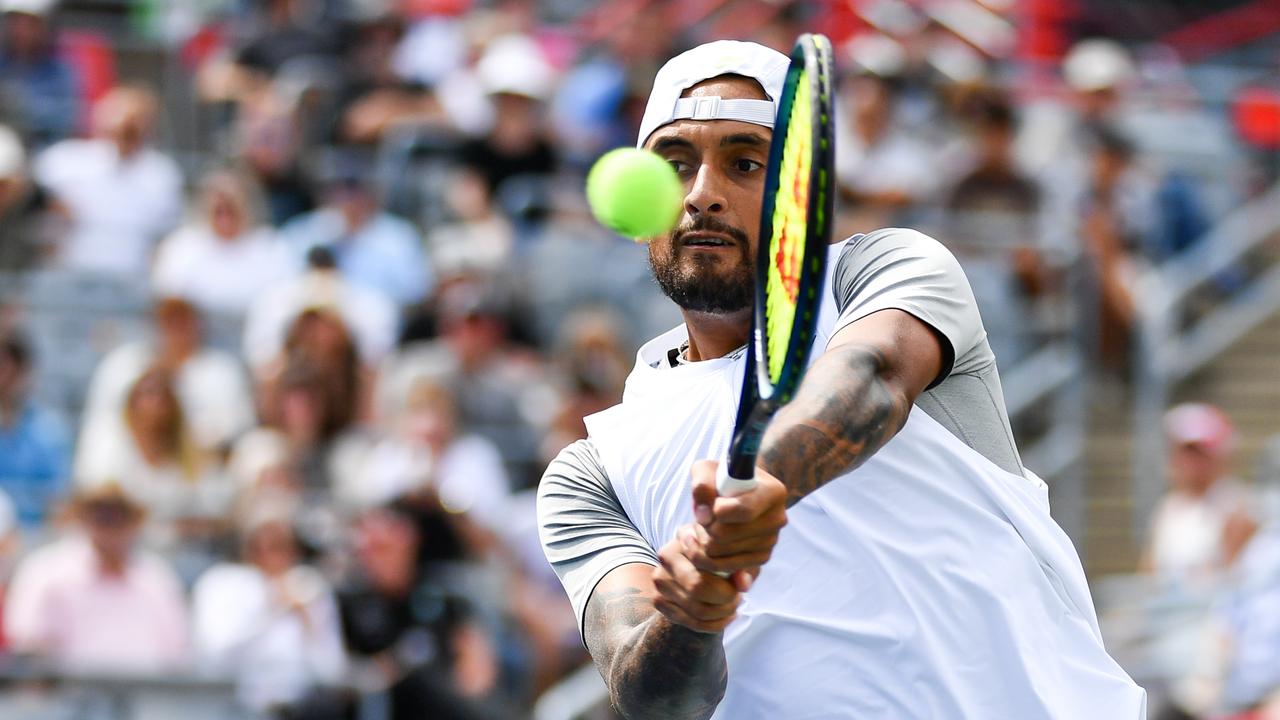 If there was any doubt about Nick Kyrgios’ ability to back up and handle the expectation of favouritism, the Australian put those fears to bed to continue his red hot form ahead of the US Open.

His clinic in Canada, which sees him move into the quarter-finals, didn’t stop the volatile Australian turning on his box at times.

As late as the penultimate game, Kyrgios was blowing up at his team for their “lack of support” as he was broken.

But just as quickly he responded, winning in style a game later to progress through to the final eight.

“Today was really hard mentally for me to go out and play Alex, we’re such good friends and he’s been having such a good career so far and carrying the Australian flag for so long, it was tough mentally to play a friend, especially if they’re Australian.

“I just got out here and got the job done. I played the way I had to play. He’s a helluva player, if he plays to his strengths, he’s one of the best players from the back of the court and he’s so fast.”

The win means more than meets the eye because it sees him move back inside the world top 30 in the ATP rankings and crucially a seeding at the US Open, which gets underway on August 29.

With his round of 16 win Kyrgios is now the new world No.27. A win in the quarter-final over Hubert Hurkacz will see him climb as high as No.21.

“It was a goal, more so that I don’t get one of the big titans or gods the first-round, I can actually work my way through the draw, if the draw is kind,” he said on court.

“I always feel as if my game is right there. I feel like no matter who I play, today I felt amazing, and let’s keep it going.”

De Minaur eventually got on the scoreboard in the fifth game as he managed to hold serve.

But with his fourth ace of the opening set, Kyrgios moved to a 5-1 lead and soon after claimed the first set 6-2 in just 23 minutes

“As flawless as sets come,” it was said in commentary. “A quite ridiculous level from Nick Kyrgios.”

After being on his best behaviour during the first set, Kyrgios starting firing up early in the second set.

He actions were described as “pure venting” as he turned on his box in the opening games of the second set.

Nonetheless, Kyrgios took an early break in the second set and never looked back.