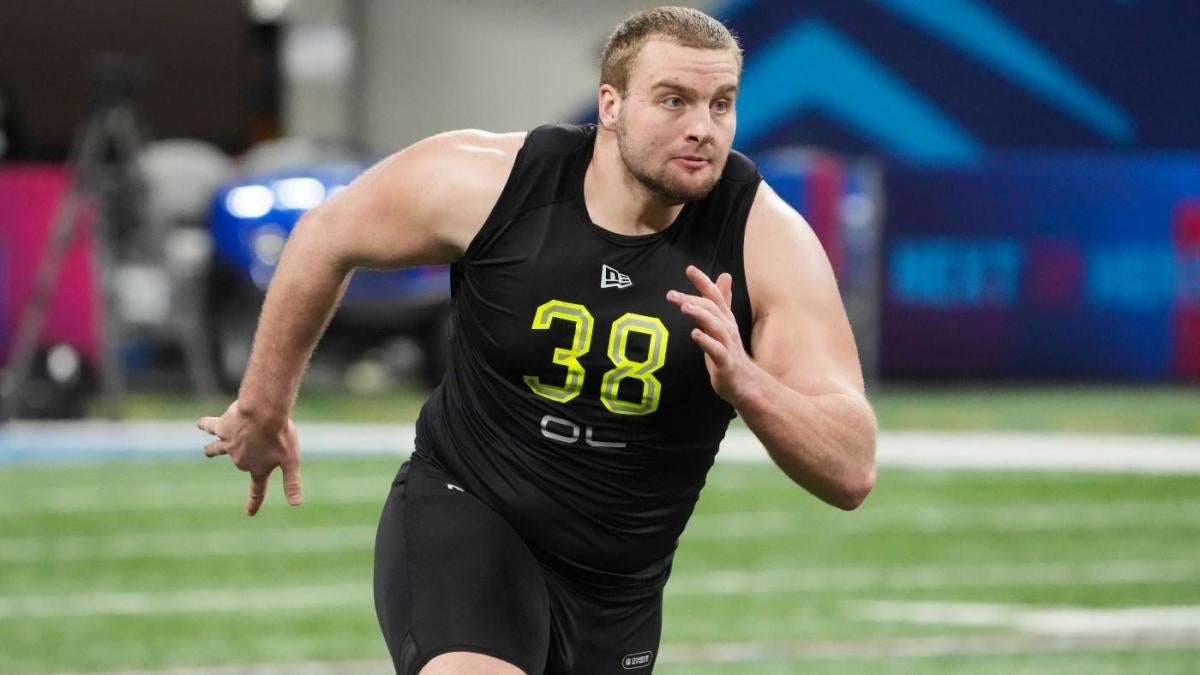 This week, 324 players from 106 schools are in Indianapolis for the 2022 NFL Scouting Combine. Each of these players are looking to improve their draft stock while possibly finding their future NFL team in the process.

Over the past two days, we’ve compiled the top results from the quarterbacks, receivers, tight ends, running backs and offensive linemen who took part in on-field drills. Below are each of the top individual performances from Indianapolis, as several players surely improved their draft stocks by virtue of their performances.

Fans should also check out our complete NFL Draft coverage throughout the next several weeks ahead of the 2022 draft.

A whopping 12 linemen broke the five-second barrier in the 40-yard dash, the highest total since 2003. The top-five linemen times Friday are among the fastest 40 times recorded by a linemen in combine history.

Strange, Tom and Raimann put up three of the top-seven broad jump marks for an offensive lineman in combine history. Strange was also one of the top performances in the bench press, as he surely improved his draft stock Friday night. The 6-foot-6 Strange started 44 games in college that included 41 starts at left guard. He could be a steal for a team that is in the market for a developmental lineman who would likely thrive in a zone-blocking scheme.

CBS Sports’ 37th-ranked prospect, Johnson led all linemen in bench press reps while also being one of the top broad jumpers. A smart and physical blocker, Johnson is regarded as a better pass protector than a run blocker, although he is an above-average run blocker.

Nebraska’s Cam Jurgens made an impression with teams before Friday’s workout, as he provided teams with his homemade beef jerky. Jurgens then turned in an impressive combine performance that included one of the top 40 times turned in by a linemen.

Breece Hall entered the night as CBS Sports‘ second-ranked running back prospect. If anything, Hall strengthened his case as possibly the best back in the draft Friday. Hall posted the sixth-best 40 time among running backs, the top vertical jump and one of the top broad jumps. He also did well during his on-field work that included several solid catches out of the backfield. Hall enjoyed a stelar career at Iowa State, where he rushed for 3,941 yards with 50 touchdowns and a 5.5 yards per carry average.

While not expected, Hall increased his odds at being a first-round pick. So did Michigan State’s Kenny Walker III, who was one of the top performers in the 40, vertical and broad jumps. Walker, who finished sixth in the Heisman voting last fall, rumbled for 1,636 yards and 18 touchdowns during his lone season with the Spartans.

South Dakota State’s Pierre Strong was not ranked among CBS Sports’ top RB prospects entering the night. That will likely change after Strong recorded the best 40 time among running backs. Strong also fared well in the vertical and broad jump. Strong enjoyed a prolific 2021 season, as he rushed for 1,673 yards and 18 touchdowns while averaging 7 yards per carry.

Desmond Ridder capped his Cincinnati career with the third-most wins in FBS history, and he was victorious yet again during the testing portion of Thursday night’s workouts. He led all QBs in the 40-yard dash (4.52), broad jump (10′ 7″) and vertical jump (36.00″). Ridder isn’t in the conversation for first QB off the draft board, but he can sneak into the top 32 thanks in large part to the athleticism he showcased at Lucas Oil Stadium.

Top QBs air it out

Throwing drills at the combine aren’t the best ways for teams to evaluate QBs, but they were able to judge these prospects’ arm strengths to cap off Thursday night’s festivities. Nevada’s Carson Strong and Pittsburgh’s Kenny Pickett had some nice throws, but it was Liberty’s Malik Willis who stole the show with a few pristine passes deep downfield.

It was generally understood that this wide receiver class was deep and talented, but no one was prepared for the blazing speed we witnessed in the 40-yard dash. This was the fastest combine class in history. Initially it looked like Baylor’s Tyquan Thornton was going to break the record for the fastest 40-yard dash in combine history, but his unofficial time of 4.21 seconds was changed to a still-blazing 4.28. Ohio State’s Chris Olave, meanwhile, had his unofficial 4.26 changed to 4.39.

Still, these wideouts were flying Thursday night, with eight prospects crossing the finish line in fewer than 4.4 seconds. As CBS Sports NFL Draft expert Chris Trapasso points out, the very fast 2019 class featuring Deebo Samuel, A.J. Brown and D.K. Metcalf had nine receivers taken in the first two rounds. We could see more than that selected in 2022.

A big winner from Thursday was Memphis wide receiver Calvin Austin III. Before the wide receivers started on-field work, he lit up Twitter by recording an 11’3″ broad jump. Austin also registered a 39-inch vert and then ran a 4.32-second 40-yard dash time. With fans in the stands at the combine for the first time, he may go down in history as the first player in combine history to receive a massive round of applause after his 40 run.

Skyy Moore out of Western Michigan raised eyebrows Thursday. While he measured in at 5-foot-10 and 195 pounds, he has huge 10.25″ hands and ran a 4.41 40-yard dash. That wasn’t all, as Moore looked extraordinarily smooth running the gauntlet, and had a couple of impressive routes downfield. He’s poised to move up draft boards.

Chigoziem Okonkwo ran the fastest 40-yard dash time among tight ends with a 4.52. He did look a little slower running the gauntlet drill, but had one of the better workouts of this group. Per NFL Media’s Peter Schrager, he’s interviewed well this week, and has made an impression on scouts.

Michigan State’s Connor Heyward, the younger brother of Steelers All-Pro defensive lineman Cameron Heyward, had a solid day that included an impressive performance during the sled drill. UCLA tight end Greg Dulcich was solid in the 40 as well as during the bench press, but he really stood out during the gauntlet drill, as he barely broke stride while catching every pass thrown his way.