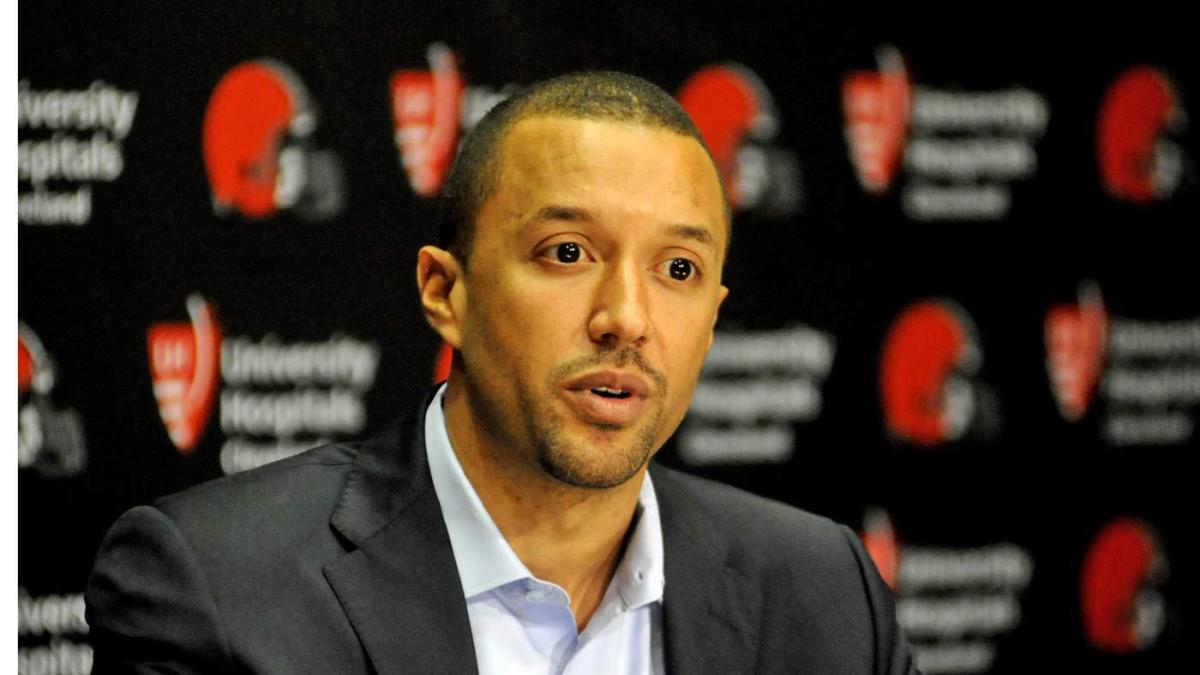 Perhaps, the NFL is making some gains in diversity among the management ranks. The league’s issues with head coaching are at an all-time low, but there was some movement towards more inclusion in terms of the general manager market, and things may be changing at a level even above that as well.

Quietly, on a Friday night a few weeks ago, the Baltimore Ravens announced that venerable team president Dick Cass would be retiring this spring and that Sashi Brown, a former executive with the Browns and Jaguars before moving to the NBA, would be taking over. Brown will join Commanders team president Jason Wright as the only people of color in that role — and will become just the second African American team president in league history — and there is still a chance that number could increase before the start of next season.

The Jacksonville Jaguars, a franchise that has not been at the vanguard of empowering diversity among its top decision makers despite being the only franchise in the NFL not led by a white male, have made it clear that they will be making more changes to their front office after retaining general manager Trent Baalke and naming Doug Pederson as head coach. Shad Khan said he will be assessing the team’s front office setup and more staff will be added.

I wouldn’t be shocked if that ended up including longtime former Texans general manager Rick Smith in some capacity. Smith is universally respected within the game and at the NFL league office, he has decades of experience, and in recent years was considered for a top position with Washington and elsewhere. He understands the way the game works, he has the right networks and insights, and sources said he is on the Jaguars’ radar for a possible position.

Smith is not someone caught up with having to oversee the roster on a daily basis and sign off on every transaction and all of that minutia. But he is certainly someone who could oversee the entire operation as a football czar or sorts, in the same way the Jaguars had Tom Coughlin atop the football hierarchy not that many years ago. The role of the head of football operations/team president is coveted, as those individuals generally become the eyes and ears of ownership on a daily basis within the team facility and end up being the most counted on sounding board at the highest level of the organization.

If the NFL is going to continue on without any Black ownership groups, having people of color in this other role is imperative. Those are the gatekeepers who can swing the balance of a hiring decision one way or the other with a recommendation. It’s clear that the idea of growing diversity in the game from the bottom up isn’t working. It’s broken. And the league knows it.

So more top-down change seems certainly in order. Getting the number of minorities into those roles should be a priority and, in a year in which the Brian Flores lawsuit has brought the league’s issues even more to the fore, it would be great to see a few more teams embrace this concept at the team president position. Smith is more than qualified. The Jaguars would be wise to turn to him.

Protecting Joe Burrow at all costs

Last year the Angels, a franchise woefully inept at identifying and developing pitching, opted to select nothing but pitchers with every pick in the MLB draft. All 20 rounds.

I’m not suggesting the Bengals apply that exact same concept to this spring’s NFL draft … except maybe I am. Okay, not with all nine picks, but one could make the case, even in a weaker offensive line draft, that the team invest half of its draft capital in the position. Seriously.

Yeah, best player available and all; except in this case best lineman available in several rounds. The issue of protecting Joe Burrow really is that bad. They are relatively inept at it, and watching Burrow screaming in pain clutching his knee in the Super Bowl should give everyone in authority in that organization nightmares all offseason long. And they were damn lucky that Burrow, pummeled and beaten most weeks, made it all the way through his second season after having his rookie year cut down by knee surgery in November.

There is no excuse not to try to upgrade at a minimum of three offensive line spots, and maybe more. I’d suggest making a serious run at Chiefs left tackle Orlando Brown if he isn’t franchised, weakening a rival and bolstering the Cincy line. Move Jonah Williams to right tackle where he is best suited. Maybe even consider trying to add stud guard Brandon Scherff as a free agent, too. It’s clear this offense is at its best when going empty set, and it’s staggering how ill-equipped it remains to be able to protect without a back or tight end or both chipping in for pass protection.

Outside of extending or franchising elite free safety Jessie Bates, there aren’t too many other issues to address with the current roster. The investment in the line, in terms of selections and cash, needs to be robust. They can’t risk bungling this up and having Burrow’s career derailed. You can’t keep him in a bubble, but you damn sure need to have a more proficient line in front of him, and preferably one with a more of a mean streak.

The QB deserves it. The franchise depends on it.

All this chatter about the Colts dumping Carson Wentz — and I understand wanting an upgrade on him — but how exactly are they going to do that? Wentz has a prohibitive contract to potential suitors, and his struggles the past few years are well established. There wasn’t a strong market for him a year ago.

But there also aren’t quality alternatives. Aaron Rodgers and Russell Wilson aren’t going there, and I don’t see the Texans trading DeShaun Watson in division, even if he was interested in a trade to Indianapolis. This draft is limited in QB scope. The Colts have already been down a path eerily similar to Teddy Bridgewater or Gardner Minshew or something like Mitch Trubisky. That’s not a real upgrade. Makes me wonder if maybe a change of scenery — Wentz to the 49ers for Jimmy Garoppolo — might work. QB whisperer Kyle Shanahan would have veteran insurance for youngster Trey Lance, and Jimmy G would land with a team that has been to the playoffs recently.

Wentz is set to make $28M, while Garoppolo makes $25.5M. Maybe the Colts agree to eat some of Wentz’s money, or simply pay him the $5M roster bonus due to him before dealing him, which would mean the 49ers owe him less than they would had to pay Jimmy G. Just thinking out loud, but not sure either team is in a great position to deal these QBs, and the draft pick compensation isn’t likely to provide much of a return, so maybe this isn’t the craziest idea in the world. I don’t see a means for the Colts to land a true franchise QB this offseason; Jimmy G might be as good as it gets.