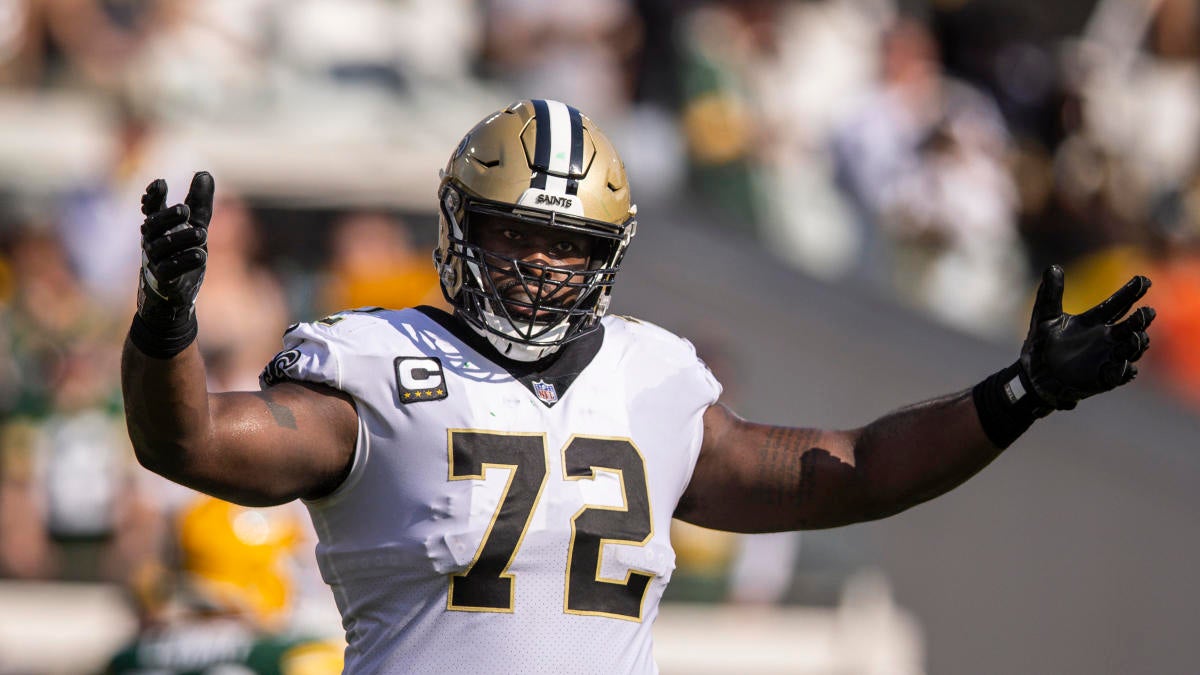 As we always do this time of year, the team here at CBS Sports has taken on the task to preview every single position’s free agency class. Already this week, Cody Benjamin looked at the quarterbacks, Patrik Walker previewed the running backs and Tyler Sullivan laid out the wide receiver market.

Those lists contain some of the biggest names available, but just about every NFL fan knows that it would be nearly impossible for the skill-position players to do their jobs without the help of the guys in the trenches: the offensive linemen. Because there are five positions on the line, we’ve split our preview into two lists — one for the guards and centers and Friday’s breakdown of the tackles.

Terron Armstead seems very likely to be gettable for a team in the tackle market this offseason. The Saints are approximately a bajillion dollars over the cap once again, and while no team is better at creating cap room out of thin air than New Orleans, the departure of Sean Payton could mean the team is in a bit of a transition period. Armstead missed about half the season last year, but he had been a Pro Bowler in each of the three previous seasons. Any team with a young quarterback and subpar offensive line should be interested, as he’d provide an immediate upgrade.

It seems very likely that the Chiefs will re-sign Orlando Brown, given what they surrendered to acquire him via trade and how well he played after a bit of a slow start to his first season with the team. If he somehow makes it to unrestricted free agency, he might get the largest deal of any tackle due to his combination of age and performance.

When they drafted Trevor Lawrence, the Jaguars elected to keep Cam Robinson on the franchise tag, reasoning that they didn’t want their franchise quarterback to have a below-average left tackle and were content to stick with what they had. Perhaps they look for an upgrade (Armstead?) this time around, in which case Robinson could either slide to the right side of the line or be available for another team’s taking.

Trent Brown has never played as well anywhere else as he has in New England. The Patriots will presumably want to keep their offensive line together if they can. It seems highly likely that they’ll find a way to come to an agreement that keeps Brown around for at least next year. A team with a strong offensive line coach might be willing to take a chance on Brown, though, betting that they can get through to him in a way the Raiders didn’t.

Morgan Moses has basically been a league-average starter on the right side of the line for a while now, and he provided similar quality play for the Jets last season. New York could bring him back and hope it gets improved play from the interior of its offensive line and the return of Mekhi Becton, but could also look for more of a long-term answer at right tackle. If that’s the route the Jets take, somebody else is going to get a solid starter on the open market.

Eric Fisher is coming off a down year with the Indianapolis Colts. The injury that knocked him out of the Chiefs’ Super Bowl loss in 2020 affected his performance in the early portion of this season, and he hasn’t looked like quite the same quality player. Still, he’s a solid option on the left side of the line who can be a stopgap for a team that does not have its long-term answer for blindside protection just yet. If he performs better in 2022 than he did in 2021, a team that signs him to a short deal could even get a compensatory pick down the line.

Riley Reiff played fairly well for the Bengals last season, and his absence had a dramatic effect on the offensive line’s performance down the stretch and into the playoffs. He’s never going to be a star and he’s likely nearing the end of his career given his age, but much like Fisher on the left side, he can be a strong stopgap option for a team that wants to bring its future right tackle along more slowly.

David Quessenberry stepped into the starting lineup for the Titans last season and really impressed. He’d previously been a swing tackle and had filled in on the left side of the line, but started all 17 games at right tackle this past year. The Titans really rely on their offensive line, and it wouldn’t be surprising if they wanted to bring him back for another year until they find a longer-term solution.

Duane Brown is certainly nearing the end of his career, but he’s still a solid left tackle. The Seahawks might be in a bit of a transition this offseason, but if they don’t move on from Russell Wilson, it seems likely that they’d want to bring his left tackle back for another go-around. The offensive line has been an issue for Seattle in the recent past, and the Seahawks wouldn’t want to make Wilson’s protection even worse. If Seattle trades Wilson, though, perhaps some other team can benefit from the last year or two of his career.

Jason Peters struggled a bit during his season with the Chicago Bears — at first. He settled into things a bit over the course of the season. But at 40 years old, it wouldn’t be surprising if he finally hung up his spikes this offseason. He’s got a shot at finding himself in Canton one day already.