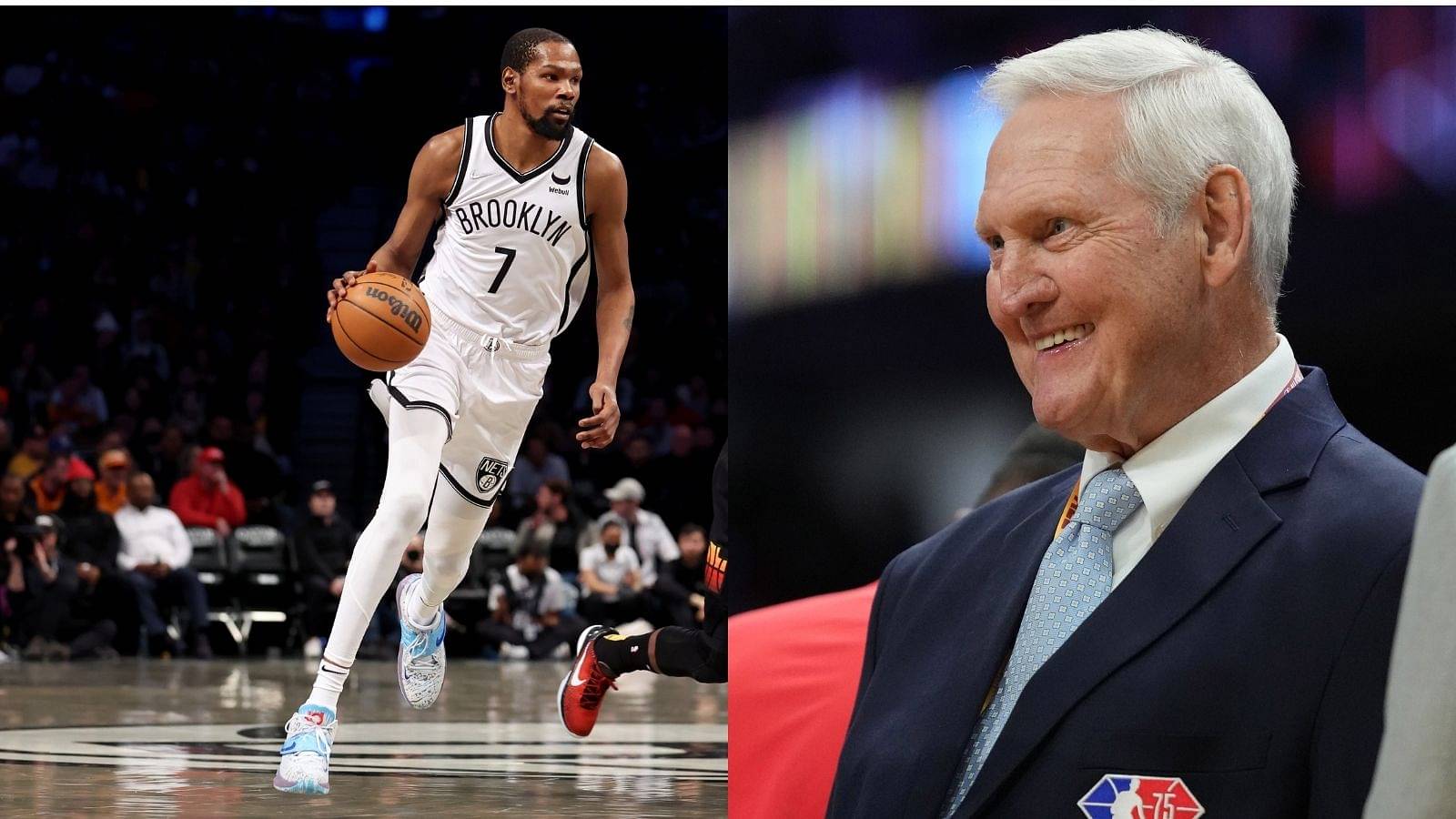 Kevin Durant takes the 22nd spot on the all-time scoring list from Jerry West, does it in style with a 37-point game.

Brooklyn Nets were struggling as soon as Kevin Durant got out in mid-January with an injury, now they are back with the Slim Reaper taking the chargeback. Getting into action for the first time in almost two months, he put up 31 and 37 points in his first two games and led his team to much-needed victories.

The latter game against the Celtics where he had 37 points, 6 assists, and 8 rebounds propelled him to cross 25,000 points in his career. With 15-years of basketball under his belt, the veteran forward is still among the most prolific scorers in the game averaging well over 29 points this season.

And now alongside getting the Nets to where they belong, he is climbing the ladder on the all-time scoring list.

Movin’ on up! @KDTrey5 has passed Jerry West for 22nd all-time in career points 🔥 pic.twitter.com/90rZhfXxpt

Also read: “I mean, what is it, April almost? It’s pretty obvious Kyrie Irving is not going to take the shot”: Kevin Durant opens up on the NYC’s vaccination mandate and why the Nets love Uncle Drew

On Monday night when the Brooklyn Nets took on the Utah Jazz to build on a winning run, KD showed up in his Reaper mode and got on to business as usual. Again, coming up with 37 points to cross a career milestone, he passed The Logo on the all-time scoring list and took the 22nd spot. And he wants to talk smack to the old man the next time he sees him.

Kevin Durant on passing Jerry West, who he calls “The Godfather” of the NBA, on the all-time leading scorers list: “Next time I see him, imma give him a little shit about it.”

Without Kyrie Irving in the game because of his vaccination status, Durant made sure he had Brooklyn’s back everywhere on the court. He threw 8 dimes, collected 8 boards, and stole the rock once along with his 37 points in a career milestone game.

This 114-106 victory against the 4th best team in the West puts KD and Co one game ahead of the 9th placed Charlotte Hornets in the East. With just 10 games remaining in the regular season, they would look to win all their remaining games to avoid the Play-ins and hope that the Cavaliers and Raptors drop some games along the way.

Also read: “Just appreciate the damn greatness from LeBron James!”: Jay Williams is emphatic with his disdain for slander towards the Lakers superstar