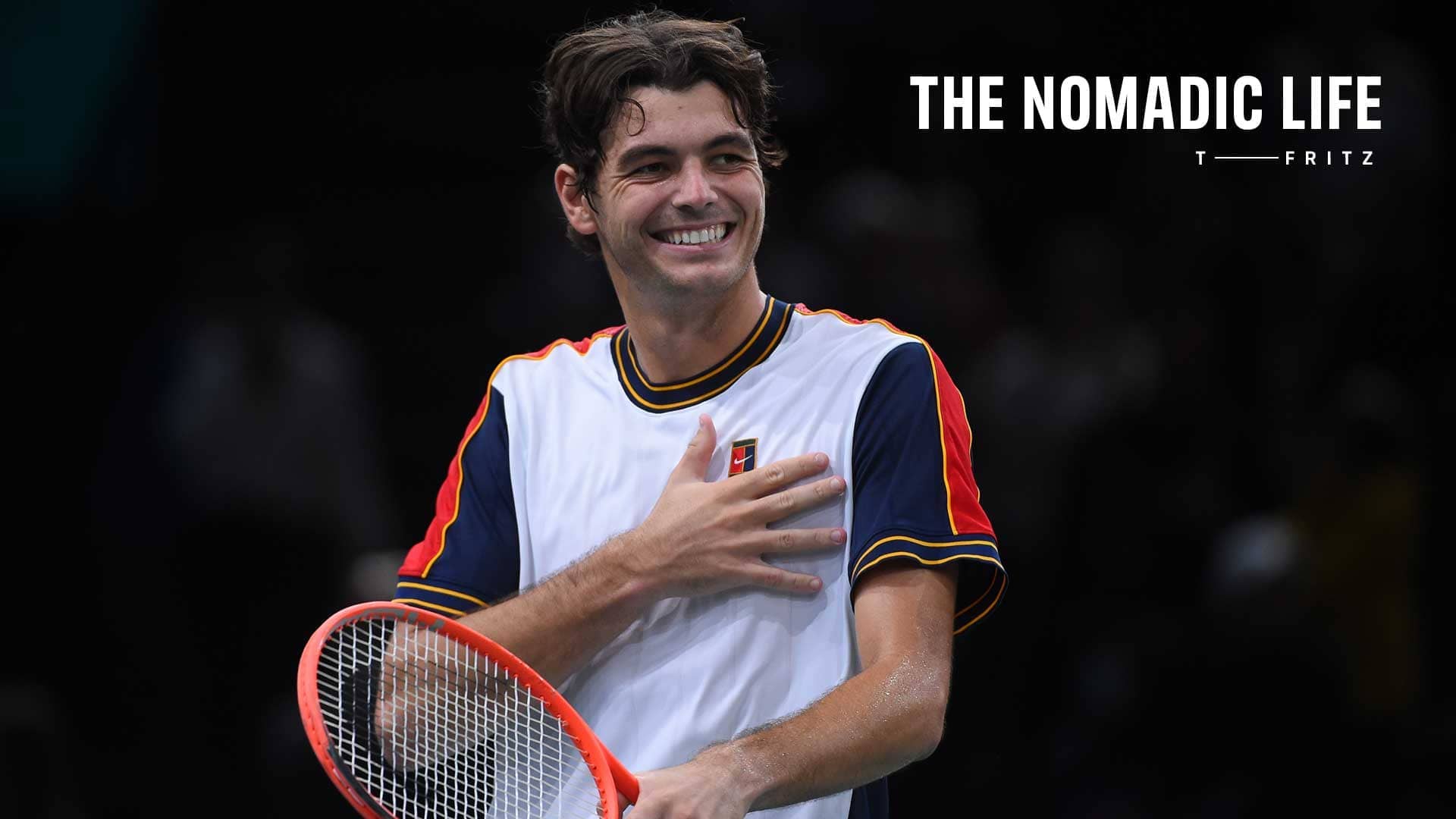 Editor’s Note: This story was originally published on 9 February 2022.

Taylor Fritz reached his first ATP Masters 1000 final on Saturday at the BNP Paribas Open. He now has a chance to become the first American man to triumph at Indian Wells since Andre Agassi in 2001.

What are two essential non-tennis items you always pack for trips?
I always bring my computer to just keep me entertained. Outside of tennis stuff, I don’t know if there are any other essentials. Obviously toiletries and stuff.

What item did you forget to bring one time that caused you distress?
I’m a pretty last-second packer, so occasionally I’ll leave out some little things. But never anything too serious. I pack within the hour before I leave. I just like to do that.

Are you someone who gets to the airport with lots of time to spare or do you cut it fine?
I usually set a time to leave that’s pretty safe because usually I’m 15 minutes late. Usually I’m cutting it close, but never too worried about it.

As a tennis player, maintaining your body is of the utmost importance, so how do you take care of it during long trips?
I have my physio, so we’ll do work to try and loosen up the body, especially the day after I land. But the most important thing on a long travel day is probably just making sure that I get myself set on the right timezone as soon as possible. So if I land in the morning, I make sure I stay up and go to sleep at a regular time. Definitely no naps the first day.

How long did it take you to realise that?
I think I’ve alway known that, at least for the past couple years. But sometimes it’s just tough. You’re really, really tired when you get in sometimes. I feel like I’ve just done a better job recently of fighting it out and staying up until a good time.

How do you pass the time on airplanes?
Sleep. I spend more than half of my time on an airplane sleeping. Purposely a lot of times I’ll stay up a little later the night before so it’s easier for me to go to sleep when I get on the plane. I’m really great at sleeping wherever. I love sleeping.

Is that for sleeping or in general?
I’d say for tennis. I do it a lot on the road. I feel like I play better when I’m extremely well-rested.

When you land, especially after a long flight, do you have to go straight with your physio to take care of stuff?
I will. If he’s already there I will and we’ll get on the table and loosen up the body and stuff. But if we land at different times, sometimes I’ll land after a long flight at night and I’ll just go to sleep, and sometimes I’ll land in the morning and I’ll try to get through a training day.

Have you ever decided to play a specific tournament in part because you wanted to travel to that city?
Not really. I think there have been tournaments I’ve gone to where it also worked out because I wanted to go there too. I wanted to go to Doha and Dubai last year, but it also made sense with my schedule. During the Asian Swing, when I had to choose between Beijing and Tokyo I would choose Tokyo because I always wanted to go to Japan.

When you’re picking your schedule, how do you select your tournaments? Is it just based on what fits best with your tennis?
Maybe tournaments that I’ve played well at in the past or I feel good at. I’ll even sometimes look at the specific type of balls they’re using at a tournament. I think that plays a big part in it… I’m just always thinking about feeling good physically, where I’m going to play good tennis and peaking at the biggest, most important events.

Where is your favourite vacation destination?
Probably Hawaii. I like Hawaii quite a bit. I went when I was pretty young [for the first time].

You’re here at the inaugural Dallas Open this week. What do you think about the tournament moving here this year?
It’s awesome. I think it’s a really good move. It’s in between Florida and Los Angeles… I like the fact that there’s a tournament here now. I think it’s going to do really well. I think the people the fans are going to be really good and I hope it does well.