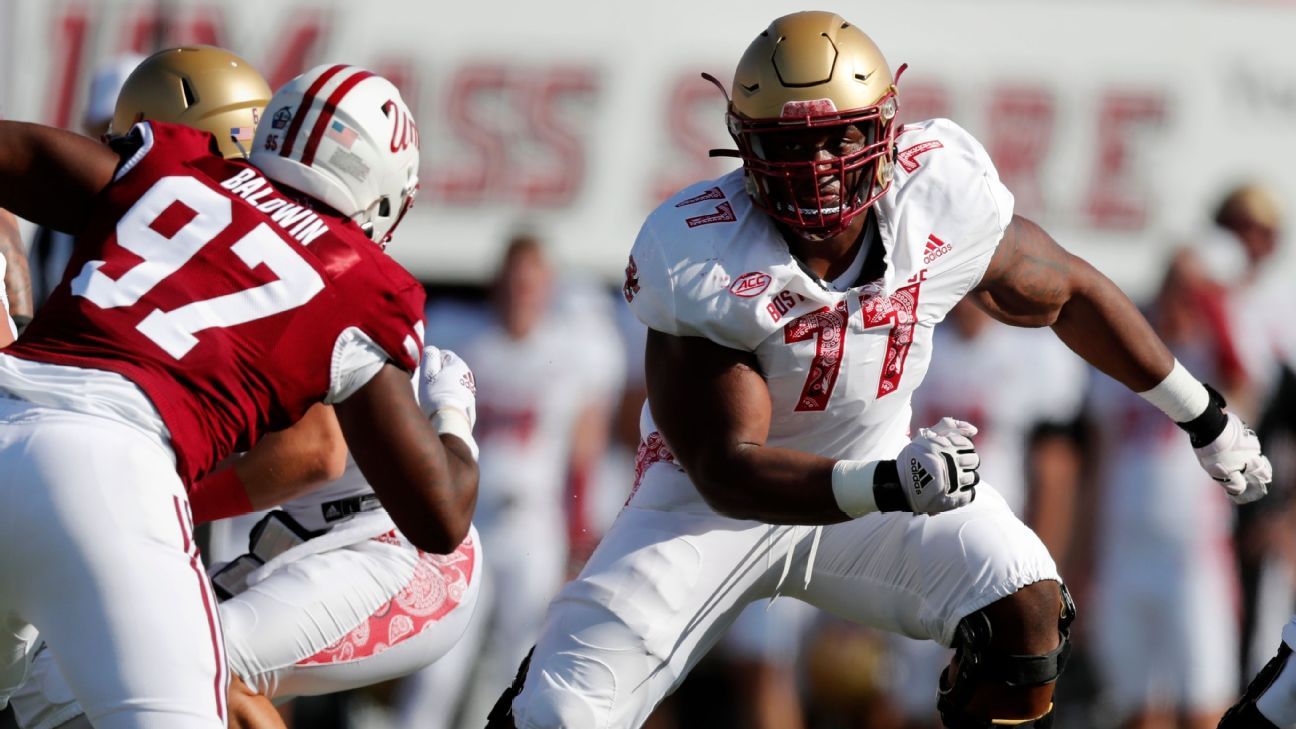 1. Draft fits: The Patriots traditionally like to have every position accounted for entering the NFL draft, giving them flexibility to select the “best player available.” This year feels different, however.

It highlights how Bill Belichick and his staff still have a lot of work to do, and potentially telegraphs their intentions in the draft.

Four “need” spots stand out, and here they are, with insight from Senior Bowl executive director Jim Nagy — a former Patriots scout — on Senior Bowl players he views as a fit for the team (within the first three or four rounds).

Linebacker (off the line of scrimmage): Trading for Mack Wilson (last year of his contract) and re-signing run-specific defender Ja’Whaun Bentley was a start, but it can’t stop there.

Receiver: The only addition has been Ty Montgomery — a combo running back/receiver — and his contract suggests he isn’t a lock to make the team.

Cornerback: Signing free agents Malcolm Butler and Terrance Mitchell potentially provides veteran presence and starting experience in the short-term, but they would be more stopgaps than long-term solutions to replace J.C. Jackson.

2. NFL meeting primer: The NFL’s annual meeting takes place Sunday-Wednesday this week in Palm Beach, Florida, and from a Patriots perspective, owners Robert and Jonathan Kraft and Belichick are scheduled to be in attendance. It wouldn’t be surprising to see director of player personnel Matt Groh and even Matt Patricia on hand as well. The league has scheduled an AFC head coaches media availability Monday (7:45-8:15 a.m. ET), and then one for the NFC on Tuesday (7:45-8:15 a.m. ET). Unlike past years, when reporters sat at a table with the coaches, the expectation is that this year will feel a bit more like a traditional news conference setup. A possible change to overtime rules will be one of the hot-button topics, but there doesn’t seem to be much momentum for Belichick’s long-stated OT suggestion.

3. Mel on mock: ESPN senior draft analyst Mel Kiper Jr. has the Patriots taking Alabama receiver Jameson Williams at No. 21 in his latest mock draft, and in a media conference call explained how the Alabama star’s recovery from a torn ACL has complicated his projection. “Some still think second round, but my intel, and I didn’t talk to all 32 teams, but the ones I did speak to said ‘first round.’ That’s why I gave him to New England. I almost gave him to Green Bay at 22 or 28. Buffalo, some people think at 25.”

4. Agholor checks in: Receiver Nelson Agholor was back in town last week, and his presence highlights one of the evolving themes of the team’s offseason activity — the possibility of getting more out of some of last year’s free-agent acquisitions by potentially adjusting schemes. Agholor totaled 37 receptions for 473 yards and three touchdowns last season; not exactly the bang for the buck the team was likely projecting after inking him to a two-year, $22 million deal. One potential big step would be if Agholor plans to spend the majority of the voluntary offseason program in New England with QB Mac Jones, which didn’t happen in 2021.

5. Tedy still believes: With several AFC teams appearing to dramatically improve this offseason, and the Patriots quieter in terms of acquisitions, how far has the team fallen? Not out of the playoffs, in the view of ESPN NFL Sunday Countdown analyst Tedy Bruschi. Appearing on ESPN’s Get Up! program last week, Bruschi picked his AFC division winners (Bills, Bengals, Titans, Chargers) and wild-card teams (Chiefs, Patriots, Raiders) … and said he still believes New England has the edge over the Ravens, Colts and Broncos, among others.

6. Trent’s finish: In addition to offensive tackle Trent Brown‘s inconsistent availability over the past three seasons, his slow finish in 2021 might have contributed to a free-agent market that didn’t develop for him and led him back to New England on a contract with heavy incentives. Brown had a pass block win rate of 85.7% from Week 16 through the end of the season (including playoffs), which ranked 42nd among 63 qualified offensive tackles over that span, according to Michael Proia of ESPN Stats & Information.

What you need to know about the New England Patriots:

7. Return engagements: If Butler plays a regular-season game for the Patriots in 2022, he will become the 27th player since 2000 to have at least two stints with the franchise. That would tie the Seahawks for the most players in that category over that span (Seattle kept pace after agreeing to bring back cornerback Justin Coleman last week). Linebacker Jamie Collins Sr. and quarterback Brian Hoyer lead the way with three different stints in New England.

8. Bates follow-up: The Patriots had Bills restricted free-agent interior lineman Ryan Bates in town for a visit early last week, but never made an aggressive push to sign him to an offer sheet. Bates (four career starts) went on to visit the Bears and has since signed an offer sheet with them. In New England, the fourth-year pro from Penn State would have projected as a starting left guard, a position where the Belichick-led Patriots have had notable success finding plug-and-play starters in the draft (e.g. Logan Mankins, Joe Thuney) and will presumably look to do so again this year.

9. White can bear Chicago: Running back James White is from Fort Lauderdale, Florida, but his college days at Wisconsin and his eight-year NFL career with the Patriots have hardened him to frigid winter conditions. That’s a good thing as White and his wife, Diana, have chosen Chicago as their permanent residence. A big draw for the family is that Diana is from there. White, of course, isn’t ready to leave Foxborough, Massachusetts, behind altogether after signing a one-year deal to return — something he says he didn’t take for granted coming off a serious September hip injury that didn’t have him walking until a few months ago.