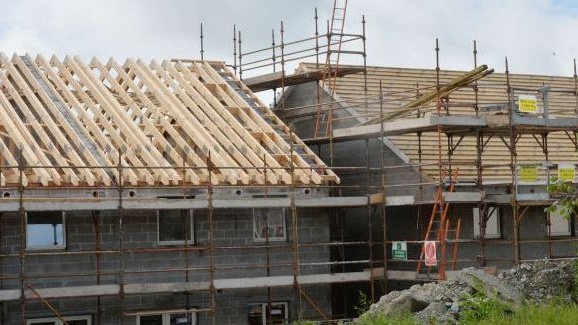 A new division of the High Court is due to be established in early 2023 that will deal solely with planning and environmental issues.

The new court will be introduced as part of a major reform of planning laws being led by Attorney General Paul Gallagher.

At present there are a total of 437 sections in the planning and development Acts with lengthy application and appeal processes, including judicial review cases. In recent years, a strategic housing developments (SDH) category was introduced which allowed developers to bypass the traditional two-tier planning application process. However, SDH proposals have been highly controversial and have been subject to numerous judicial reviews.

In a letter to an Oireachtas committee this month, Minister for Housing Darragh O’Brien disclosed that a proposed Bill to make it more difficult to take judicial review cases in the High Court was not now proceeding but would be subsumed into the wider review being conducted by Mr Gallagher.

“The review has a completion date of end December 2022 which will include the enactment of necessary supporting legislation.

“The establishment of a dedicated environmental and planning court is being progressed in tandem with this review,” said Mr O’Brien in a letter to Stephen Matthew, the Green Party TD who chairs the Oireachtas housing committee.

From a political perspective, the move can be seen as a sidelining of Fine Gael-led plans for the legislation making it harder to take judicial review challenges.

Mr Matthews, Sinn Féin housing spokesman Eoin Ó Broin and his Social Democrats counterpart Cian O’Callaghan had all objected to plans by Minister of State for Local Government and Planning Peter Burke to reform planning laws by reducing the stages at which a judicial review could be sought.

Mr Burke claimed there was a judicial review “industry” and also said tens of thousands of homes were being held up because of the high level of court challenges. He said one in four housing developments were subject to judicial challenges, a fourfold increase since 2018.

Mr Ó Broin said that a dedicated planning and environment court had been promised for a long time and that it was “eminently sensible as long as we do it right”. He said it was important that people were not denied access to the courts.

Mr Matthews welcomed the establishment of the court and the accompanying streamlining of the planning laws. He said that a new division of the High Court would “unblock the system” without denying people the right to challenge planning decisions.

“The judges will have expertise in these aspects of the law. The Planning Act is very unwieldy and does need to be overhauled. Once this is in operation it will be simpler, clearer and more consistent.”

Under the new laws there would no longer be a SHD category but the process would revert to the original two-tier system where planning permission would first be sought from the local authority.

Mr Matthews said that he would like to see far more detail being included in development plans. He said plans were too abstract at present and more detail would give people a much clearer picture of how a particular zone would be developed in future.