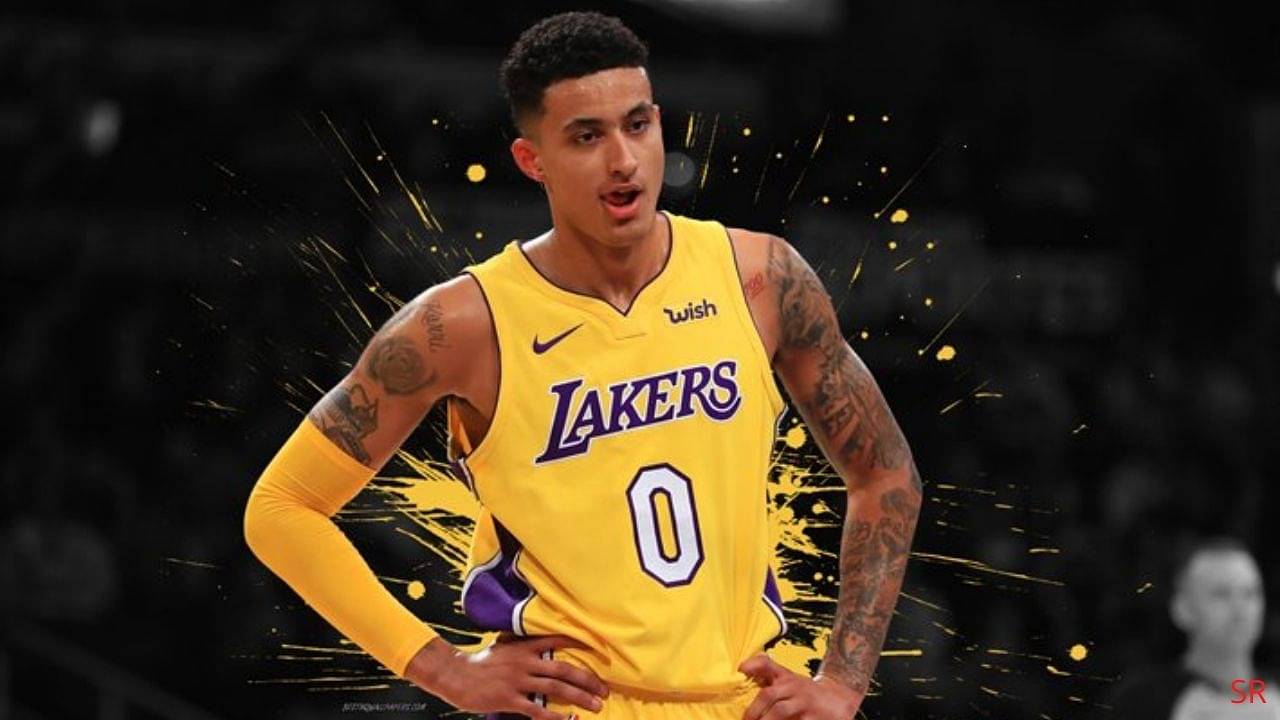 NBA Star Kyle Kuzma named his favorite WWE Wrestlers of all time after a fan asked him the question during a Q&A.

WWE has established its fanbase all around the globe. It’s not just the regular fans who have their list of favorite WWE stars, even athletes from sports like the NBA have their own list.

Several fans across the world believe that The Rock, The Undertaker, and Stone Cold Steve Austin are the best pro-wrestlers in the history of WWE. Well, this list isn’t confined to just fans, even other athletes share a similar opinion.

Recently, a fan tweeted to famous basketball player Kyle Kuzma and asked him to name his three all-time favorite WWE superstars. NBA Star Kyle Kuzma replied this to the tweet and said:

NBA star Kyle Kuzma’s comment on the tweet made it clear that his favorite WWE Superstars are Dwayne ‘The Rock’ Johnson, ‘The Texas Rattlesnake’ Stone Cold, and ‘The Phenom’ Undertaker. The NBA Star also thinks that these three veterans are the best WWE wrestlers of all time as well.

There has been no confirmation by WWE yet regarding these returns. But over the past year, rumors have been going around that fans can see all three megastars at WrestleMania 38 in Dallas.

The Undertaker revealed in a recent interview that he is a big-time Cowboy fan and was at Dallas during the Dallas Cowboys’ game. He further talked about his excitement about this year’s WrestleMania.

Now, it is not clear whether The  Phenom makes it to the grandest stage of all or not. But, he is going to be inducted into the Hall of Fame, Class of 2022. Who knows, The Undertaker could be present at the Wrestlemania as well.

WWE has confirmed Stone Cold Steve Austin‘s appearance at this year’s WrestleMania. Even the veteran confirmed it through a video that was posted on the YouTube channel of WWE. The Texas RattleSnake assured the fans that he will appear at KO’s show at Wrestlemania 38 which will take place in his hometown.

Rumors surrounding the return of the People’s Champ The Rock

Finally, The Rock returning to WWE has been going around since Survivor Series 2021. Unfortunately, that has not happened yet.

So, the Rock’s massive return may happen at WrestleMania 38. However, as of now, neither WWE nor The Great One has not made any such revelations.