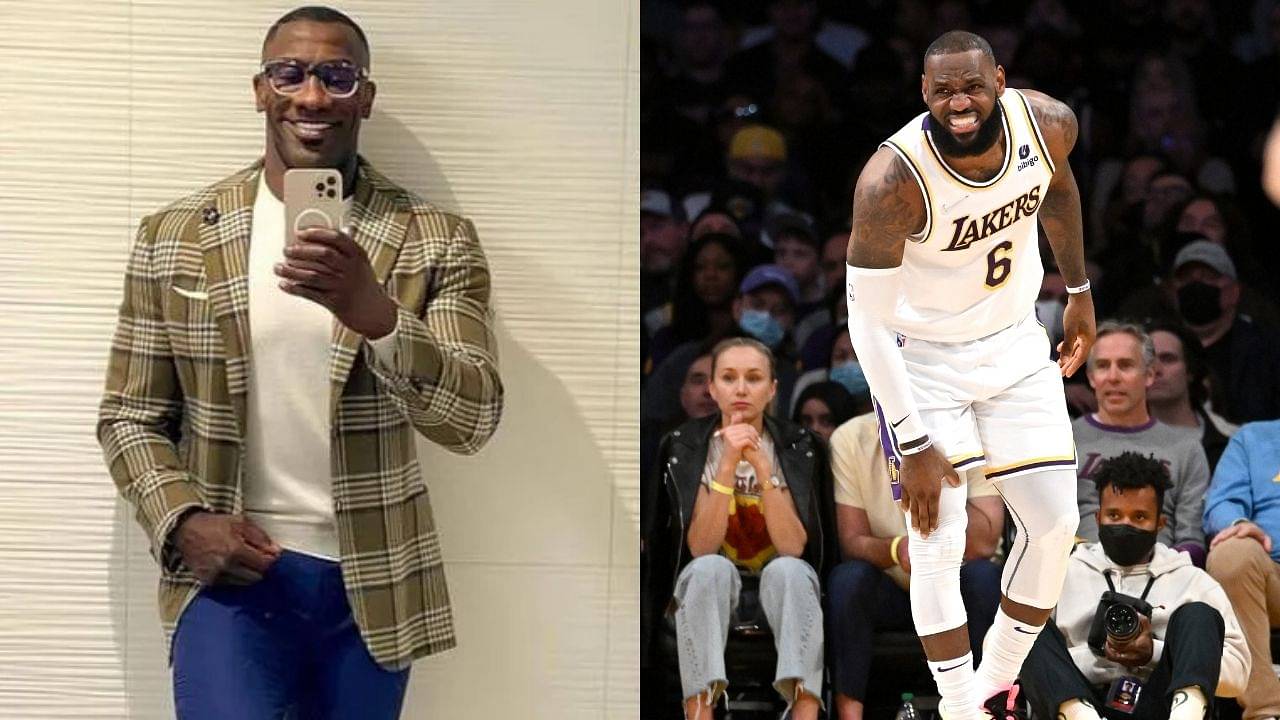 FS1 analyst and big-time LeBron James supporter, Shannon Sharpe takes shots at the Lakers for their abysmal performance against the Pelicans

The Los Angeles Lakers hosted the New Orleans Pelicans tonight. It was a trashing of sorts, which the Lakers invited upon themselves. The Pelicans took advantage of the same and put up an incredible team performance. They beat the Lakers by 28 points, claiming the win 123-95.

CJ McCollum led the way for the Pelicans, scoring 22 points, dishing 8 assists, grabbing 5 rebounds, and getting 3 steals. Jonas Valenciunas had a double-double, with 19 points and 10 rebounds. Brandon Ingram scored 19 points, 8 assists, and 5 rebounds.

Also Read: “Luka Doncic and co railed Golden State with a 32-8 closeout run?!”: Warriors Twitter implodes after Stephen Curry and co. had their worst offensive meltdown in the 4th Quarter

After the game, long-time LeBron James supporter, Shannon Sharpe put out a tweet trashing the Lakers for their performance.

Shannon Sharpe takes a shot at LeBron James and the Lakers

While Shannon Sharpe’s co-host Skip Bayless has always been after LeBron James, Shannon always defended him and the Lakers. However, tonight, Shannon reached his saturation point. Seeing the Lakers put up such an abysmal performance, he could not contain himself.

Shannon took out a tweet, comparing his hip replacement pain to the Lakers, and said watching the Lakers hurts more.

My surgically repaired hip doesn’t hurt as bad as watching the Lakers play. This is PAINFUL. No further comments will be provided at this time 🤬🤬🤬🤬🤬🤬🤬🤬🤬🤬🤬

While this was Shannon’s only reaction during the game, his partner, Skip had a lot to say. Skip talked about Russell Westbrook, and how LeBron James, who leveraged to get Russ there, now wants him out. He also talked about how LBJ got booed by his own home crowd tonight.

Kendrick Perkins joined in on the bashing too, calling the Lakers’ play tonight disrespectful towards the game of basketball.

Looks like the season may as well be lost for the Lakers. They’re on the 9th spot in the West, and are 6 games under the .500 mark. The best they can hope for is wins in the play-in games, which gets them a first-round playoff appearance.