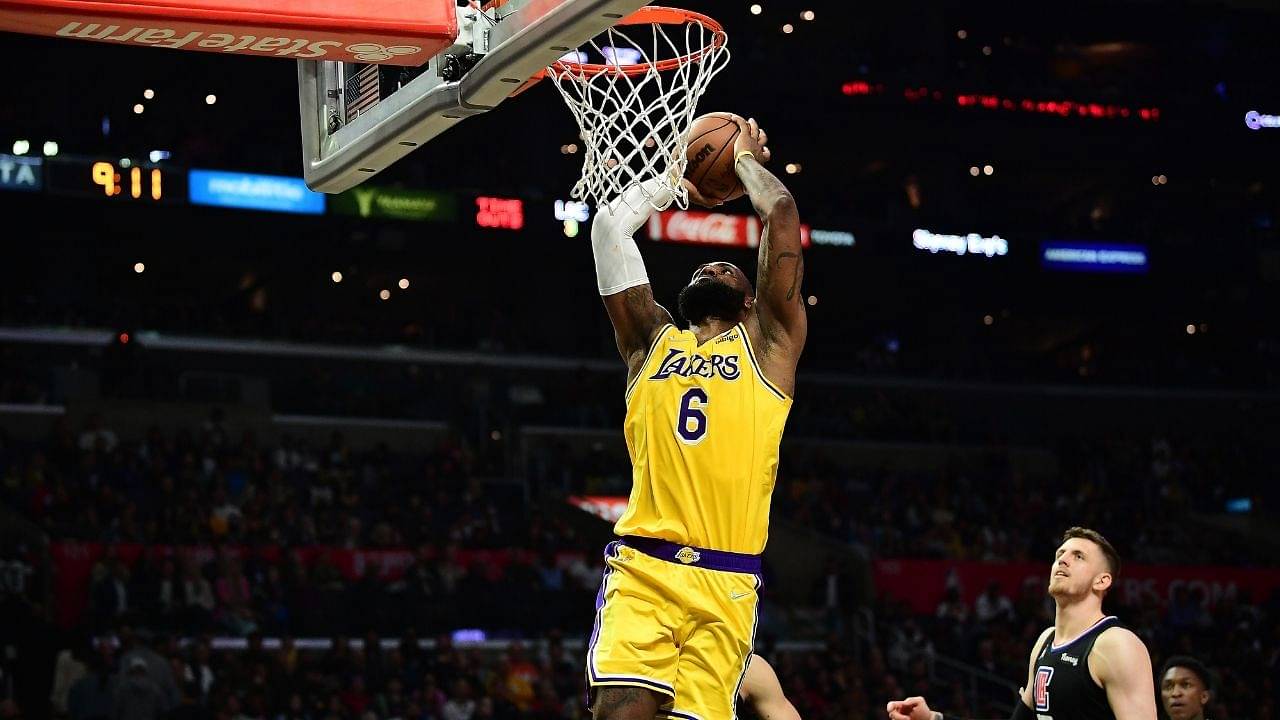 After the loss to their City Rivals for the 8th straight time, LeBron James decided to take his anger out on their next opponent. Charles Barkley openly called them “The bums from Southern California”, because of how poor they have been this season. Bron woke up feeling like Johnny Storm (Human Torch)  from the Fantastic Four because he was lighting it up all night.

Sadly, it took a monstrous performance from LeBron James to beat the Golden State Warriors by a single digit.  That is how bad this Lakers roster has been. Every game, there is at least one person who scores 0 points, even after playing about 15-20 minutes of the game. Against the Warriors, it was Avery Bradley.

With this 56 point game, LeBron closed the gap between him and Giannis Antetokounmpo and tied things up. He now is only .1 away from Joel Embiid, who leads the league with 29.5 points. With almost nothing to play for this season, King James knows the personal accolade is up for grabs. 2 seasons ago, he was winning the assists title while playing point guard, and at the age of 37, he could be winning the scoring title by playing center. That shows how tremendously versatile his game can be.

LBJ once said if he wanted the scoring title, he could have multiple of them. This season, that seems to be the case. If he wanted to, he could put out performances like this on a nightly basis. But with a bigger goal in mind, he needs to preserve his body if he wants to play with his son. If James does manage to win the scoring title, he would beat out Michael Jordan by 2 years to become the oldest ever to win it.

This season seems to be the lowest scoring in terms of individual contributors since 2018 with no one crossing the 30 point average. Even though LeBron, Joel Embiid, and Giannis himself have had multiple 30 point games, it wasn’t enough to bring their average up. This shows the even distribution of offense amongst everybody in the team, rather than having to rely on a singular point.

That last point doesn’t apply to the Lakers, since everything is LeBron-centric this season. With Anthony Davis barely playing, Russell Westbrook playing his worsts season yet, Bron has had to step up. He’s sat out multiple games injured himself, but that is understandable considering the age.

Bronny James is currently the hottest draft property who is yet to enlist. Whether he decides to go to college or play straight from high school like his father remains to be seen. LeBron has openly stated that he wants to play at least one season with his son, and any team that manages to pick him gets Bron as +1 offer.

Also Read: “It’s hard to believe; Michael Jordan gave me so much more than I expected”: Philippines-based fan artist Christian Oliver Talampas pays a hearty tribute to how his Airness raised the value of his fan art