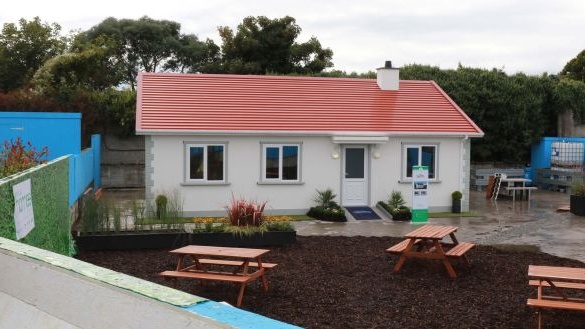 The possibility of using modular homes to house Ukrainian refugees – in the event that they arrive to Ireland in large numbers – is being considered by the Government.

A meeting of the Coalition leaders and senior ministers agreed that the response to the war in Ukraine will involve a “whole of Government” approach led by the Department of the Taoiseach.

More than one million people have fled Ukraine since the Russian invasion began last week.

Government figures here have suggested that Ireland may host 20,000 refugees as part of a potential plan to resettle them across the European Union. Taoiseach Micheál Martin has said it’s “very possible” the number will be higher.

It is not known how many people from Ukraine will want to travel to Ireland even as part of an EU-level agreement however, contingency plans are being put in place for what is expected to be “one of the State’s largest humanitarian efforts”. Work is being done on the health and education supports that refugees will need.

In terms of accommodation hotels will be the first port of call, given the experience the Government has in contracting them at short notice.

However, should the numbers arriving to Ireland warrant it, the Irish Times understands that another option under consideration is using State land for modular homes.

It is intended that the “whole of Government response” will be similar to the cross departmental cooperation seen during the Brexit process.

Mr Martin, Tánaiste Leo Varadkar and Minister for Transport Eamon Ryan met with six other senior ministers to discuss the humanitarian response to the war in Ukraine and the potential impact of the conflict on the economy and cost-of-living for households in Ireland.

A Government statement said ministers: “reiterated their full solidarity with the people of Ukraine, condemned the brutal invasion, and called on Russia to withdraw immediately without further needless loss of life and devastation.”

They are said to have recognised that the situation remains “very volatile” and the potential impacts are “very difficult to predict”.

They agreed that a range of possible scenarios will continue to be developed to inform ongoing policy consideration.

Ireland will continue to work with the international community, particularly through the EU and United Nations “to bring maximum pressure to bear on Russia and to support the Ukrainian people”.

Ministers agreed that the economic aspects of the crisis, including sanctions and possible counter measures will be “significant” with potential impacts on inflation and critical supply chains and that this will require “innovative responses.”

Energy supply and costs are likely to be particularly impacted and the Government is working with the EU as part of a coordinated response.

Earlier Mr Varadkar suggested that excise duties need to be looked at in order to help households with rising energy and fuel prices.

The possibility of changes to excise is being discussed but the Government is also awaiting details of what will be in an “EU toolbox” of measures.

Weekly meetings of secretaries general of government departments are to monitor developments, coordinate necessary actions, and provide reports to ministers.

The statement said that the Government also acknowledges offers of help from Irish people and arrangements are being put in place to coordinate practical assistance for Ukraine.

People are being encouraged to donate to recognised charities working on the crisis and are being directed to the Dochas.ie website for a list of such organisations.