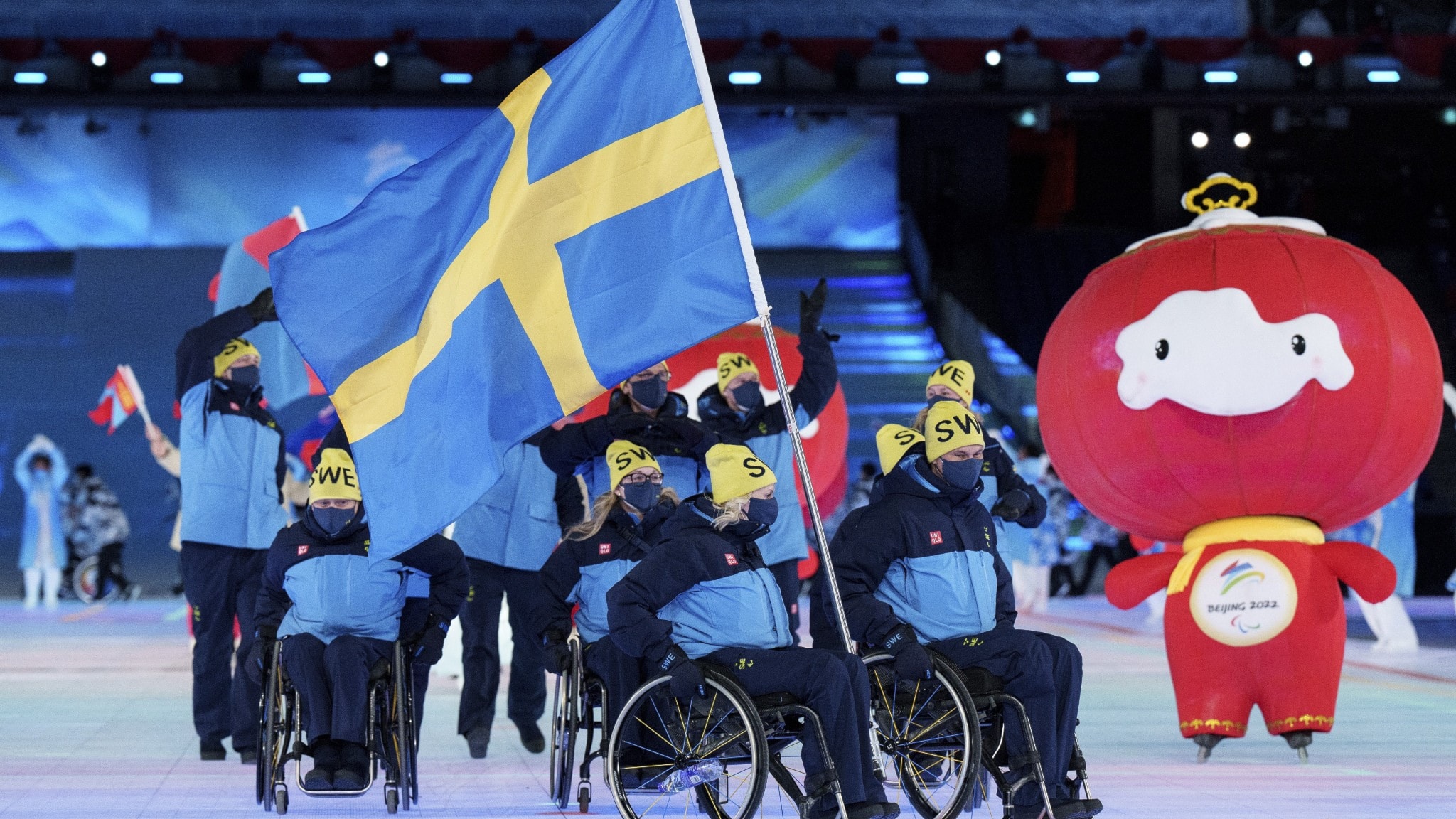 The Swedish squad at Friday’s opening ceremony of the Winter Paralympics.