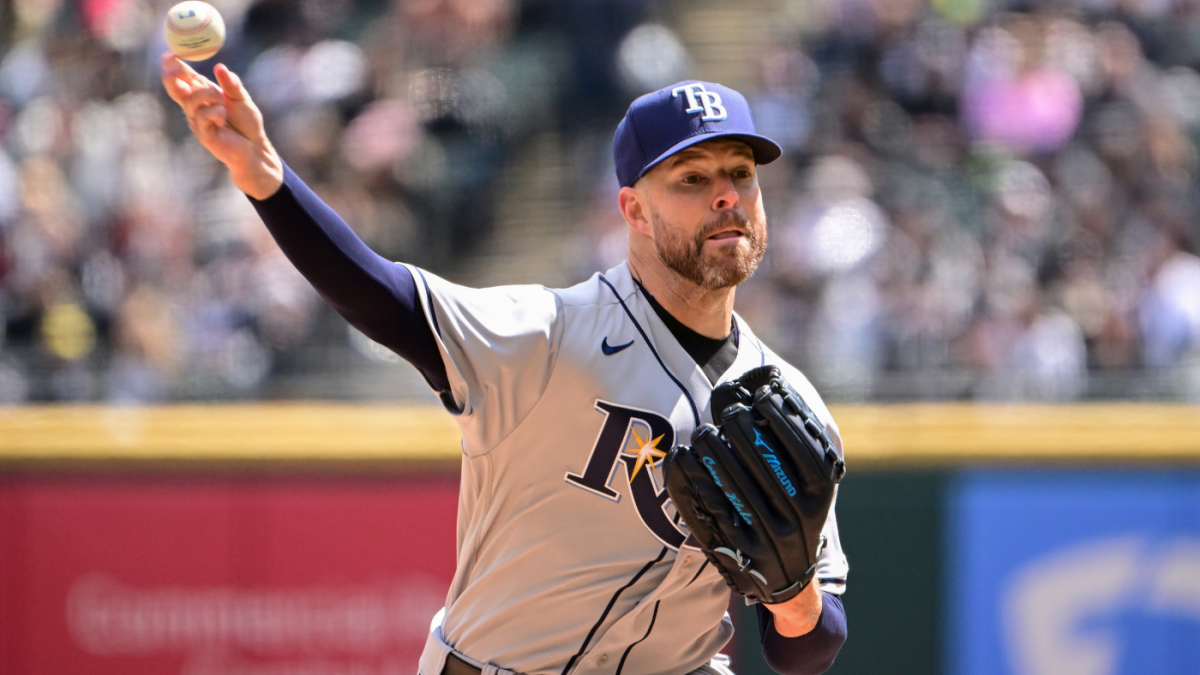 The 2022 MLB regular season is less than three weeks old and, to be completely honest with you, this is the worst time of year to analyze baseball. The sample sizes are so small and it is almost impossible to differentiate what’s meaningful from what’s nothing more than baseball being weird. But, we soldier on.

With that in mind, our weekly series breaking down various trends across the league continues Wednesday with a look at Luis Robert’s strikeout rate, Eric Lauer’s velocity, and the new pitch that is taking over baseball. Last week we examined Julio Rodríguez’s rookie strike zone, Jhoan Duran’s splinker, and the league-wide home run rate.

Robert cutting down on strikeouts

Robert’s career to date has been defined by extreme hot and cold streaks. When he gets hot, he’s one of the best players in the world, but when he slumps, he looks like he belongs in Triple-A. There has been one constant in his career though: Robert is striking out less frequently as he gains more experience. A graph is worth a thousand words:

Robert has struck out only six times in 45 plate appearances this season, or 13.3 percent. That is well below the 23.0 MLB average and his 25.6 percent strikeout rate from 2020-21. Excluding overlapping streaks, Robert’s four 11-game streaks with the fewest strikeouts in his career have come since last August.

The strikeout rate improvement stems from small adjustments at the plate. Most notably, Robert opened his stance last season, allowing him to see the ball better, first and foremost, and also wait on the pitch a little longer. That’s enough to markedly improve his swing decisions and bat-to-ball ability. Here’s the before and after look:

The GIFs are synced at release and the pitches are similar in terms of location and velocity. You can see Robert start his leg kick and his swing just a touch later with the open stance. That gives him that much more time to read and react to the pitch, and when you have more time to analyze the situation before committing to a swing, it can lead to good things (plus Robert has the bat speed to catch up to big velocity even when he starts his swing a touch late).

“He’s a little wider and a little open, and what that does, that gets him stacked up on his backside,” White Sox hitting coach Frank Menechino told The Athletic’s James Fegan last August. “Because he’s stacked on his back (leg), he’s able to control his leg for his timing and not go forward. So he’s seeing the ball better and he can cover the strike zone. He can stay behind the ball better.”

The White Sox have hit a rough patch early this season — Tuesday’s loss was their eighth straight — and Robert still hasn’t gotten going at the plate. It’ll happen soon enough. He’s too talented to not get hot. Robert’s natural bat speed and hard-hit ability have allowed him to produce at All-Star levels for long stretches in the past. Now that he’s making more contact, though stretches could be even longer, and might even reach MVP caliber.

Sunday night Brewers left-hander Eric Lauer turned in a dominant performance against the Phillies, striking out 13 in six scoreless innings. It was his first career double-digit strikeout game. The 26-year-old has allowed five runs (four earned) in 16 1/3 innings in the early going. Last year, Lauer pitched to a 3.19 ERA in 118 2/3 innings. He was sneaky great a season ago.

Milwaukee acquired Lauer, the No. 25 pick in the 2016 draft, from the Padres in the Trent Grisham/Luis Urías trade, and last year they helped him take his game to another level with a few mechanical adjustments as Luke Hooper explained at FanGraphs. Lauer is pitching from a modified stretch delivery now and he shortened up his arm path, among other things.

With the new mechanics have come extra velocity. Lauer’s fastball averaged 93.4 mph Sunday, and three of his five best starts by average fastball velocity have come this season. The other two were late last year. This graph says it all:

Velocity is not everything. Movement, location, sequencing, all that matters too. But velocity is a pretty big piece of the pie. The harder you throw, the less time the hitter has to react. It really is that simple. A few years ago Lauer lived in the 91-92 mph range, which is below average velocity these days. Now he’s bumping 94 mph on the regular. It makes a big difference.

“He just puts it where he puts it – up in the zone,” Brewers manager Craig Counsell told reporters, including MLB.com’s Paul Casella, following Sunday’s game. “It’s got life up in the zone and it feels like it takes off. He sprinkled in the cutter, the slider, and the curveball enough to make the hitter honor it, and that makes the fastball even better.”

The Brewers are a premier pitching development organization (the Padres, Lauer’s former team, have struggled to finish off the development of their top young pitchers in recent years), so Lauer’s success hasn’t come out of nowhere. He is just the next in line for Milwaukee. The adjustments to his delivery, as well as the fact he’s further removed from a 2020 shoulder injury, explain the uptick in velocity, and the uptick in velocity explains his improved performance.

Welcome to the ‘sweeper’ era

Thanks to granular pitch data, high-speed cameras, and other tools, we are in the build-a-pitcher era. Teams can help their pitchers improve the quality and shape of their pitches while receiving instant feedback as they work through adjustments. It’s not a stretch to say teams are designing pitches in a lab, and teaching them to their pitchers. It’s remarkable, really.

Baseball’s newest craze is the “sweeper,” which is essentially a slider with a ton of lateral movement. The pitch is not new — the best recent example of the sweeper is Corey Kluber‘s breaking ball — but teams have figured out how to teach it. Some pitches, like Jhoan Duran’s splinker, are unique and can not be taught. The sweeper is teachable and it is catching on around the league.

The Dodgers, Rays, and Yankees were the earliest adopters of the sweeper (Andrew Heaney added the sweeper after signing with Los Angeles and had two great starts before landing on the injured list), but other clubs are in on it too. Here are a few examples:

The sweeper is so prominent that the smart folks at Baseball Prospectus made it searchable in their pitch type data. You can now search sweepers by movement the same way you can search, say, four-seamer fastballs by velocity and changeups by sink. The sweeper is not a fad. It is here to stay and will only become more popular with time. This is not an accident:

I feel sorry for hitters. I really do. Hitting analytics have come a long way in recent years but they are still way behind pitching analytics. How you’re supposed to hit the sweeper when it moves that much and just about everyone on the staff throws 95-plus, I have no idea. Oh, the it seems the baseball has been deadened too. Every base hit is a tiny little miracle.