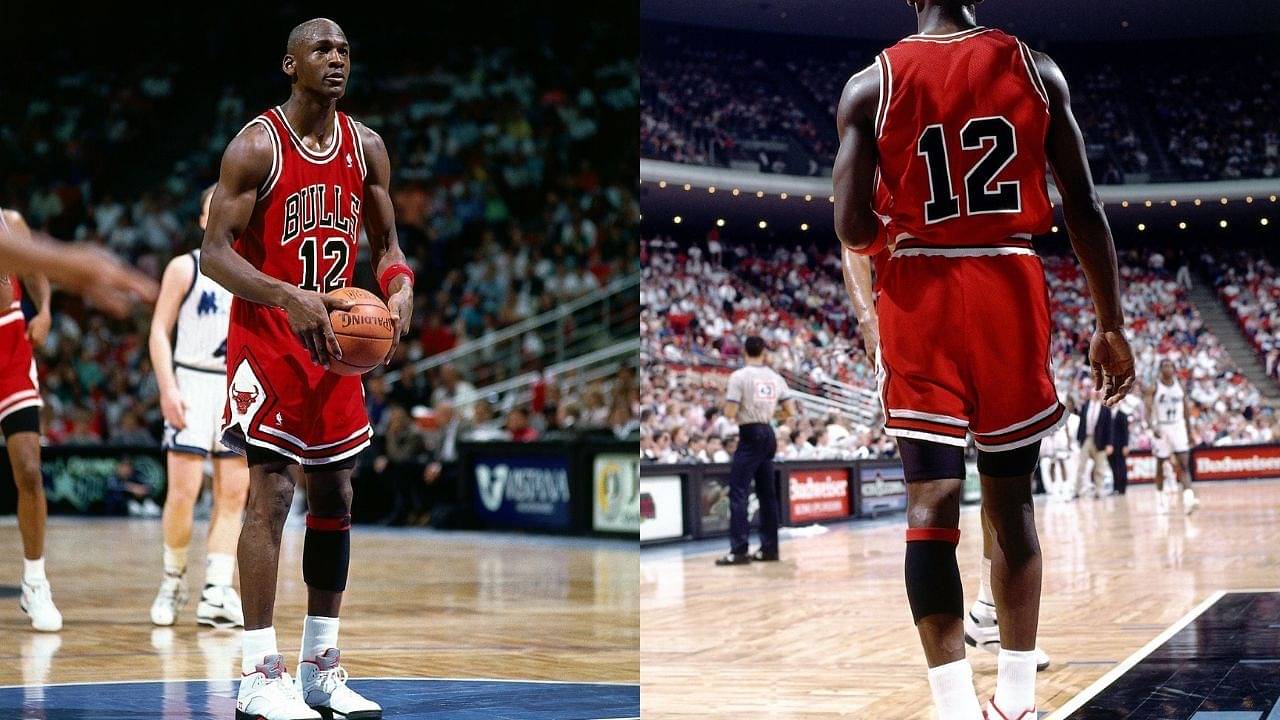 Chicago Bulls legend Michael Jordan had to wear a nameless jersey no.12 before a match against the Orlando Magic since his iconic no. 23 jersey got stolen.

The Bulls drafted Jordan as the 3rd pick in the 1984 draft. The former North Carolina player had everyone’s attention from the start, cruising with the ROTY award. MJ would soon become a household name, finding himself on every FMCG product and doing numerous commercials.

Thus with his growing popularity, everything he associated himself with became popular. Such was the case with MJ’s jersey no. as well. His partnership with sports giant Nike gave rise to one of the most successful brands in Air Jordan, increasing his popularity to ten folds.

Also read: “Bam Adebayo is so good on defense, he blocked his own shot!”: NBA Twitter is incensed as the Heat star’s dunk vs Mavericks isn’t counted due to eye-brow raising rule

The fandom for His Airness had reached a level that had people commit thefts. In a game against the Orlando Magic, MJ had his jersey stolen.

Michael Jordan once wore jersey no.12 as a Bulls player.

No. 23 holds a special place for many basketball fans, with it being Michael Jordan’s jersey no. The Bulls legend became synonymous with this no. However, during a game against the Orlando Magic, His Airness was forced to wear a nameless jersey no.12.

The reason being theft, leaving MJ with no option at the last moment. Though the Bulls lost that game, it did not affect MJ’s performance as he would torch a 49-point performance on 21-for-43 shooting from the field.

Mike had to wear #12 on this day in 1990 because someone robbed his #23 jersey outta the Bulls locker room. #MJMondays pic.twitter.com/6SKHwdIDw8

Nonetheless, this was not the first time the Bulls guard had shifted from the jersey no.23. In 1995, Jordan returned from a one-and-a-half-seasons hiatus and switched to jersey no. 45, which was his high school baseball number. The superstar gave the following reason for his decision.

“When I came back, I didn’t want to play in the last number that my father had seen me wear,” Jordan wrote (h/t Sole Collector’s Gerald Flores). “Because he wasn’t around, I thought of my return as a new beginning.”

However, MJ would return to his signature 23 number after playing 23 games.

His Airness was a generational talent that captured the imagination of millions across the world. There has never been such fan frenzy as there was for Air Jordan.