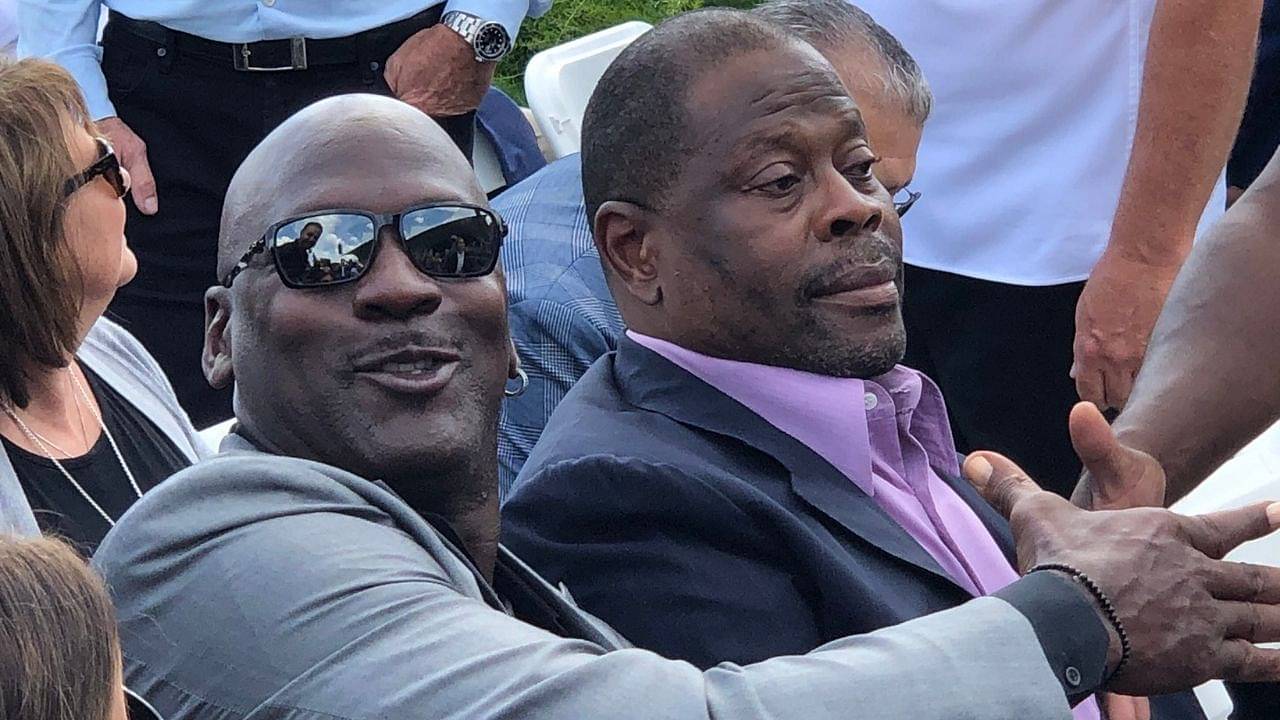 Michael Jordan was a household name before entering the NBA – such was his quality even in his college days.

In his trademark UNC blue and white uniform, Michael Jordan looked like every bit of the player he would become one day. A chain around his neck, tongue out while dunking, and no fear in his eyes. Not the tallest player on the court by any means, MJ wanted all the smoke against the taller guys. That’s where the rivalry between him and Patrick Ewing started.

Playing 3 years of college basketball against each other, Patrick Ewing was drafted a year after the Black Cat even though they were the same college class. The battle between Georgetown and North Carolina was the one nobody wanted to miss – to watch two future Hall of Famers battle it out against each other in college threads is an opportunity that rarely presents itself.

Their career trajectories were very similar – Coach Dean Smith wanted them to be at tryouts together. Though he got Jordan to pick UNC, Ewing went to Georgetown. The very next year, the two stalwarts clashed. Not just in any game, the NCAA title game. Jordan hit the game-winning jumper in a 63-62 win, and the rest is history.

Also Read: “2015 looked like the start of the end for LeBron James”: How did the 4-time MVP find his way back to fitness within months during his first season back in Cleveland

Michael Jordan vs Patrick Ewing…doesn’t get much better than this in a college game pic.twitter.com/mDAQH0vMOp

After coming into the league, the personalities of the two behemoths could not be any different. While Jordan was vocal and open about his hunger for championships, the 7-foot gentle giant could not be more disenchanted with the glitz of New York. In his first four seasons, The Knicks had sub 500 seasons, and it looked like he was going to fade out quite quickly.

But the incoming of a young Shaquille O’Neal lit a fire under Patrick, who went on to play like his college self again. Jordan and Ewing once again faced off in a high-stakes game much like the 1982 title game in the 1991 playoffs. This time around, it wasn’t so tight, with the Bulls breezing past the Knicks in a 3-0 victory. They ended up Champions for the first time, and thus began the serial championship-blocker that Jordan became for the greats.

While they both had clashes facing each other, they were good friends off the court. The friendship that was almost initiated by Coach Smith in 1981, became a good one in the 1984 Olympics. They both went on to win gold and showed the world what a dominant force they could have been together.

What could have been

Together they would have won 3-4 straight championships. https://t.co/koN2sCFUHV

Ironically, Jordan was the one wearing Converse sneakers all those years before moving to Nike, while it was the other way round with Ewing.