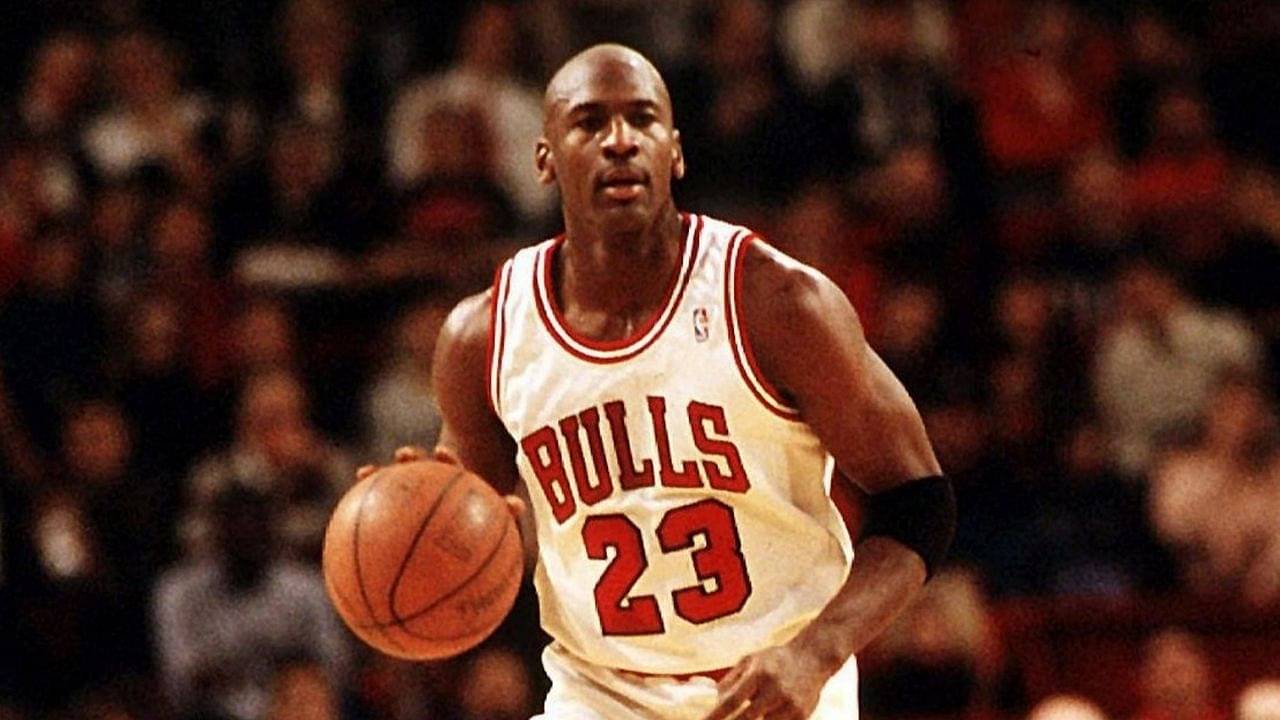 NBA legend Michael Jordan celebrates his 59th birthday today, and we take a look at one of his most iconic birthday game performances.

We all know what Michael Jordan represents as a player. His Airness played 15 years in the league, winning six rings, completing two three-peats, and bagging five MVP awards, along with a few DPOYs…information that is etched into our memory by now.

However, something we may not know too well on the top of our head is how many games has Jordan played on his birthday. During his illustrious NBA career, MJ happened to play a total of 4 games on his birthday, 17th Feb, with a record of 2-2 over that period.

With it being Jordan’s 59th birthday, let’s take a look at his most iconic birthday game performance, shall we?

Also Read: “Michael Jordan and Scottie Pippen had a dance off at Pip’s birthday party”: Both Bulls legends indulged in some competitive dancing against one another on Pippen’s 47th birthday

Michael Jordan has his best birthday game against the Cavs in 1992.

Like on most nights, Michael Jordan was ungradable in games he played on his birthday. In fact, the 6x champion averaged He averaged 31.5 points, 4.8 rebounds, and 5.3 assists per game, showing no mercy to his opponents.

Most points on birthday
Bulls history 🎂

However, his best birthday performance came against the Cavaliers in 1992. Jordan was unstoppable, ending with 46 points on the night. Moreover, he did so at an efficient clip, going 21-32 from the field. To go with his 40-piece, he also had 4 rebounds and 6 assists.

Despite the magical game, the Bulls ended up losing to the Cavs 113-112. At the end of the game, with 6.2 seconds left, the Bulls had the ball down by one. The entire Chicago Stadium knew Jordan wanted the rock in his hands to hit a birthday game-winner.

The unfortunate problem was the Cavaliers knew that as well, so they guarded him so that he wouldn’t get the ball. Jordan’s running mate, Scottie Pippen, got the ball and attempted the game-winner, but he missed.

#MJMondays In 1992, on his 29th birthday, Michael scored 46 points against the Cavs while wearing the Hare Jordan 7s. pic.twitter.com/cw0XllNray

However, Jordan went on to MVP and a chip with the Bulls in 92’, so all in all, a good year for the GOAT. Anyhoo, we would like to wish His Airness a ‘happy birthday’ and thank him for all the memories he gave every basketball fan around the world.

Also Read: “Michael Jordan wore jersey no.12 on Valentine’s Day in 1990”: His Airness had his iconic no. 23 jersey stolen from the Bulls locker room