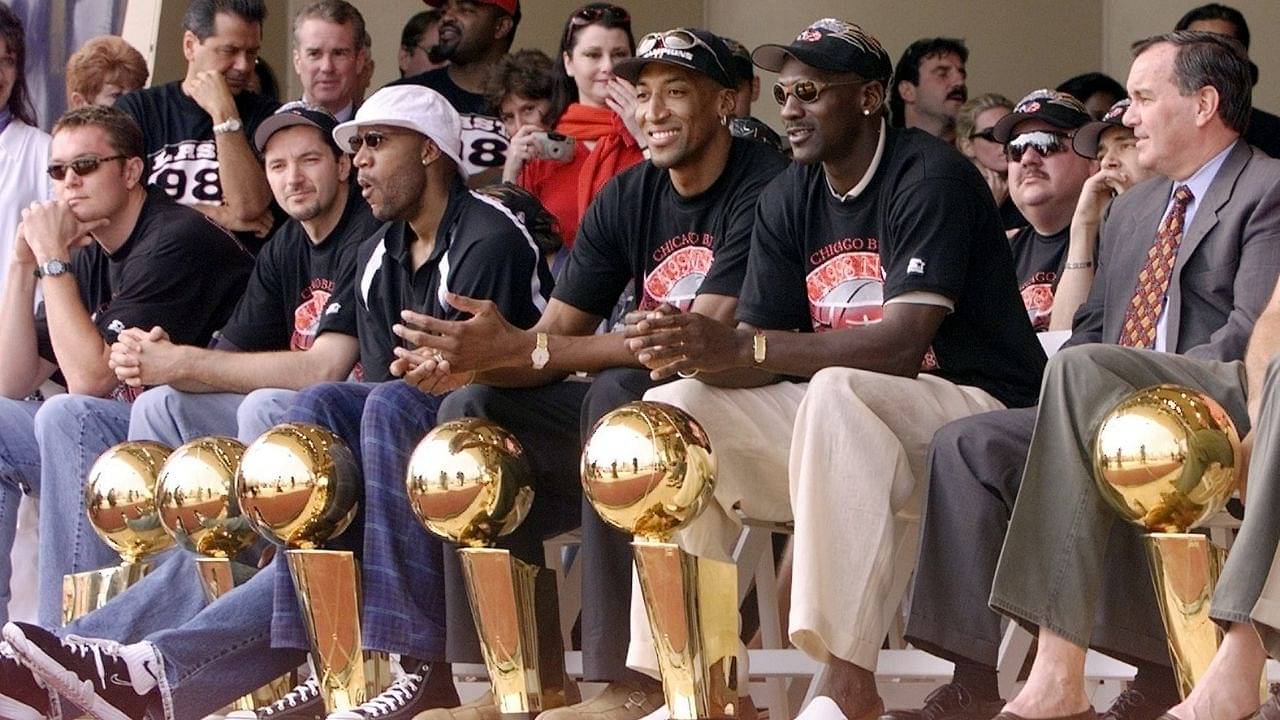 The Christmas of 1997 had former Bulls teammates Michael Jordan and Scottie Pippen exchange extravagant gifts that included a diamond earring and a Ferrari.

The Chicago Bulls dominated the NBA from the late 80s till 1998. The team has several accolades under its belt that continue to remain untouched. Michael Jordan’s entry into the franchise changed its fortunes forever, making it one of the most successful teams in all American sports.

However, MJ’s legacy is incomplete without Scottie Pippen, something the former acknowledges as well. Together they would form one of the most unstoppable duos in the league. The two superstars understood each other’s game and would fill in when the other was having a bad day.

The superstar duo overcame all odds together, whether it was the Bad Boy Pistons, or Pippen’s ongoing dispute with the Bulls front office. During their time in the league, the two Hall of Famers never spoke an ill word against each other, having each other’s back no matter what the situation was.

Also read: “I can’t do that, that’s my fault… but that was a poor call!”: Warriors’ Head Coach Steve Kerr talks about his late-game Technical Foul over a non-call on an Andrew Wiggins drive against the Knicks

The two legends didn’t speak much about their special friendship in front of the media, keeping it private. However, their gesture of gifting during the Christmas of 1997 was evidence of their close bond.

One of the most successful duos in NBA history, MJ and Pippen won six championships together and never lost in an NBA Finals. The duo has two 3-peats to their credit and multiple All-Star and All-NBA First team selections. Thus it was impossible to be such great teammates without being friends.

An instance that bears evidence to this is the Christmas of 1997. At the time, The Bulls were on a quest for their second 3-peat,  surrounded by a bunch of controversies. The season was also known as The Last Dance.

The Bulls GM Jerry Krause had publicly stated that Phil Jackson would not return as head coach of the Bulls the following season, coupled with Pippen’s ongoing dispute with the Bulls management regarding his contract. Jordan had no intentions to play with the Bulls unless Phil was the coach.

The Christmas game of 1997 had the Bulls face the Miami Heat, with the Windy City team getting the W. Jordan had a 24-point double-double in the game, which was also his last Christmas game in a Bulls uniform. The highlight of the auspicious occasion was Jordan and Pippen exchanging gifts.

While Pippen had an earring made for the Bulls MVP, which had a diamond-encrusted replica of the NBA championship trophy, MJ gave his red Ferrari to the Bulls forward. Interestingly, His Airness had planned to give Pippen a box of cigars but reconsidered it later.

Christmas of ’97, Pippen had an earring made for Jordan – a diamond-encrusted replica of the NBA championship trophy,

Jordan, who had planned to give Pippen a box of cigars, reconsidered and instead gave him his red Ferrari, which Pippen had long admired#NBA#BullsNation pic.twitter.com/LAbWbIS34m

Also read: “I just want James Harden to be happy, want everyone in the league to be happy!”: Kyrie Irving talks about the Nets-Sixers trade involving Ben Simmons and the Beard

Unfortunately, the two former teammates have fallen apart, with Pippen leveling a series of allegations against MJ off-late, from accusing him of being selfish to ruining the game of basketball.