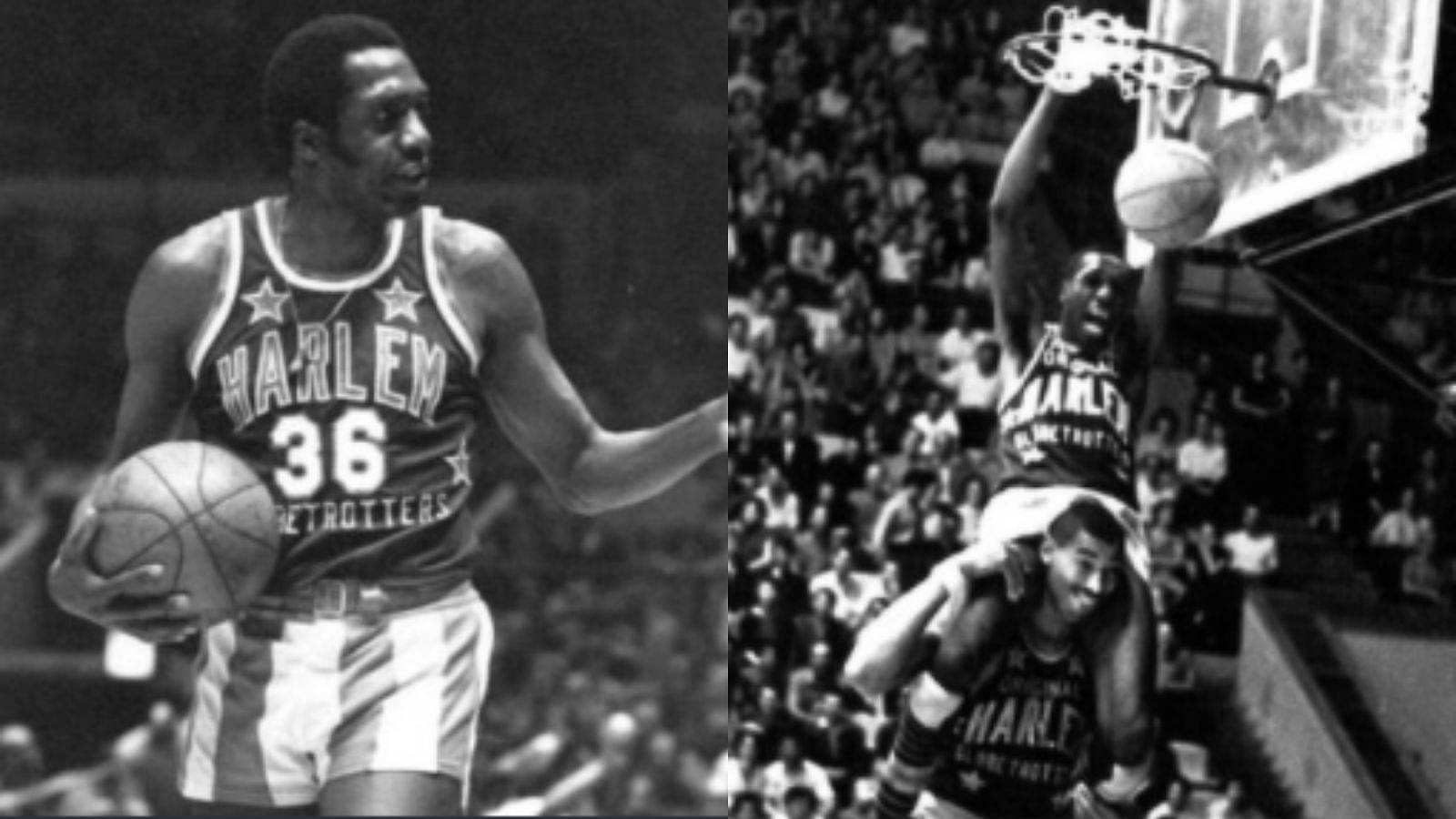 Wilt Chamberlain had Meadowlark Lemon as his GOAT, the Harlem Globe Trotters guard was a true legend.

The Harlem Globe Trotters are a band of semi-professional basketball players who entertain with their circus brand of basketball – Meadowlark Lemon was at the helm of it. At a time when the leagues were not as popular as the Trotters, Lemon and co were the most famous players in the world. Wilt Chamberlain joined them for a year because he could not get into the league before completing his degree.

While playing with them for a year and touring Chamberlain quickly found out how good a player Lemon was. He was playing like Magic Johnson, only two decades before he entered the league. Trick shots, fancy passes, and a big smile on his face. A complete package, Meadowlark is probably the greatest basketball player to never play professionally.

This was the era where there were no three-pointers, but you could see him hook regularly from 30 feet. He was doing the Kareem Abdul-Jabbar Skyhook, from outside the arc. He could have been held in the same light as Bill Russell and the rest, but he chose not to play professionally.

Also Read: “Tony Lavelli is that same guy who dropped buckets on you for two quarters and turned up with an accordion at half-time!”: The Boston Celtics forward and music aficionado had a special addendum to his basketball contract

The Stilt was a man who did not accept his peers – he was arrogant and cocky like no other. But he was ready to accept Lemon was above everyone in the league. Fans of today did not get to see them play, nor do they have too much footage, but the few they have, show the level of their abilities compared to their peers.

Knowing about these older generations of players is always a treat – it is like a slice of the past.  The game did develop from what these guys played, and it is always great to know the roots of the game which is the fastest growing sport outside of America.

Also Read: “My mother told me to not feed Bill Russell so well”: Wilt Chamberlain let the Celtics legend sleepover at his place just to get his butt kicked the next day</strong>