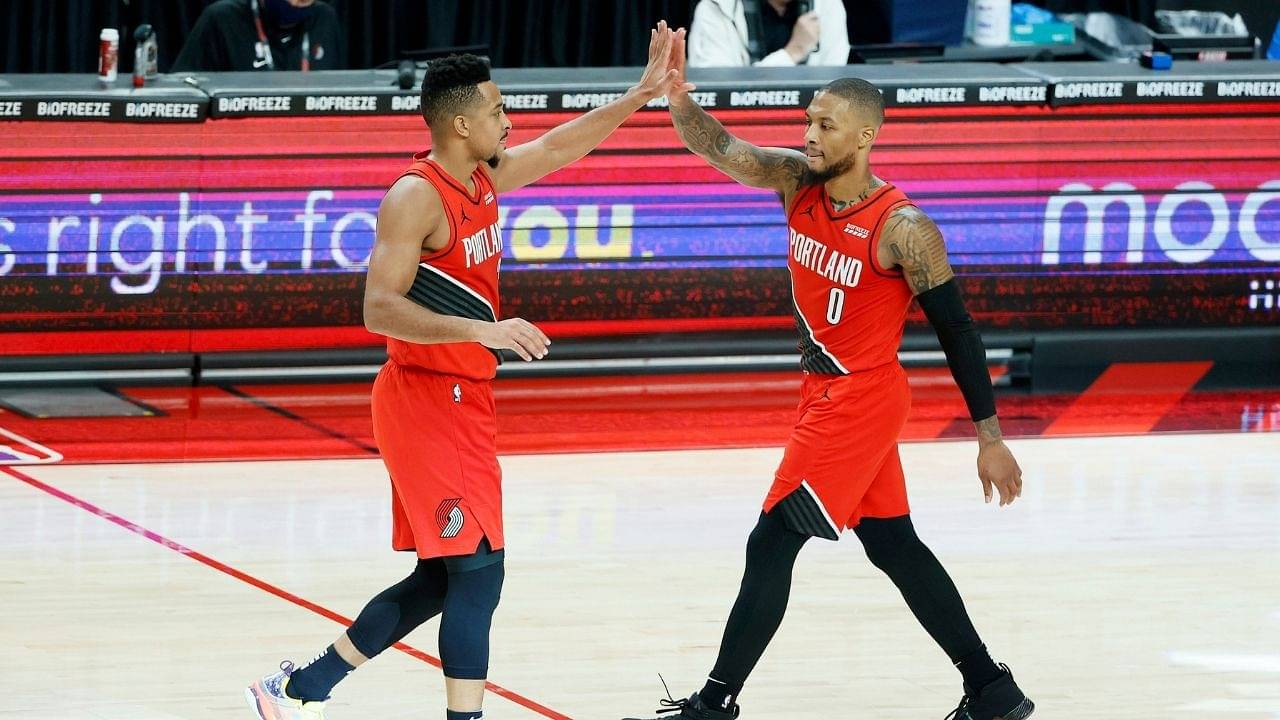 As CJ McCollum parts ways with Portland Trail Blazers after almost a decade, in his ‘The Players’ Tribune” article he got real about his relationship with Damian Lillard.

For over 9 seasons, CJ McCollum shared the court with Damian Lillard at Portland for the Trail Blazers. Arguably one of the greatest shooting backcourts in the league, their relationship was incredibly special, on as well as off the court.

Unlike many other players in the history of the game, McCollum and Dame actually formed an inseparable bond over the years. Being drafted only one year apart from each other, the two had incredible synergy off the hardwood, that translated onto the court.

Also Read: How Shai Gilgeous Alexander and company have reached a record of 17-38

Spending such a huge amount of time on the same team over almost a decade, the two are bound to make some memories they will always cherish. In the latest article he wrote for “The Players’ Tribune”, CJ spoke about his relationship with Lillard.

“The thing you have to understand is that me and Dame really grew up together in this place. This is crazy to think back on now, but I remember my first year in the league, whenever we were on the road, we used to shower as fast as possible after the morning shootaround, throw on our team sweats and then go straight to the mall. No naps. No security. Nothing. Just like two kids skipping school. We’d be in San Francisco or Houston or somewhere just walking around the Galleria for hours, going into random stores, and this was before the big checks, so we’re talking very mid-tier stores.”

“Me and Dame are just constantly on FaceTime with our sons”: CJ McCollum

The newest NOLA guard then went on to discuss about few of his moments with the sharpshooter from their initial years in the league. The 30-year-old wrote:

“I remember my rookie year, I wanted this one watch so bad, and to me it was crazy expensive. We’re talking like 3k, but I was so paranoid about going broke that I kept going in and talking to the guy at the counter and then walking out like, next time, next time, next time. Dame was like, “Bro, get the damn watch. You’re in the NBA.”

Me and Dame used to walk around the streets for hours and no one even recognized us. Blazers sweatpants on and everything. Sometimes we’d get back to the hotel and hop straight onto the bus to go to the arena still carrying a bunch of shopping bags and all the old heads would be looking at us like, Come on.

What’s funny is I think about it now like how were we on our feet for three hours and then we’d go play 35 minutes that night? That’s unthinkable now. I need my naps, man. I need my meditation, my stretching, my recovery. It’s crazy to think about how much has changed. Because now after shootaround, me and Dame are just constantly on FaceTime with our sons. But when you’re young, life is a movie. You’re living the dream.”

CJ might not be playing for the Blazers anymore, but he will always be in the hearts of Portland fans and will be welcomed with nothing but love when he steps into Moda Center on 30th March 2022.