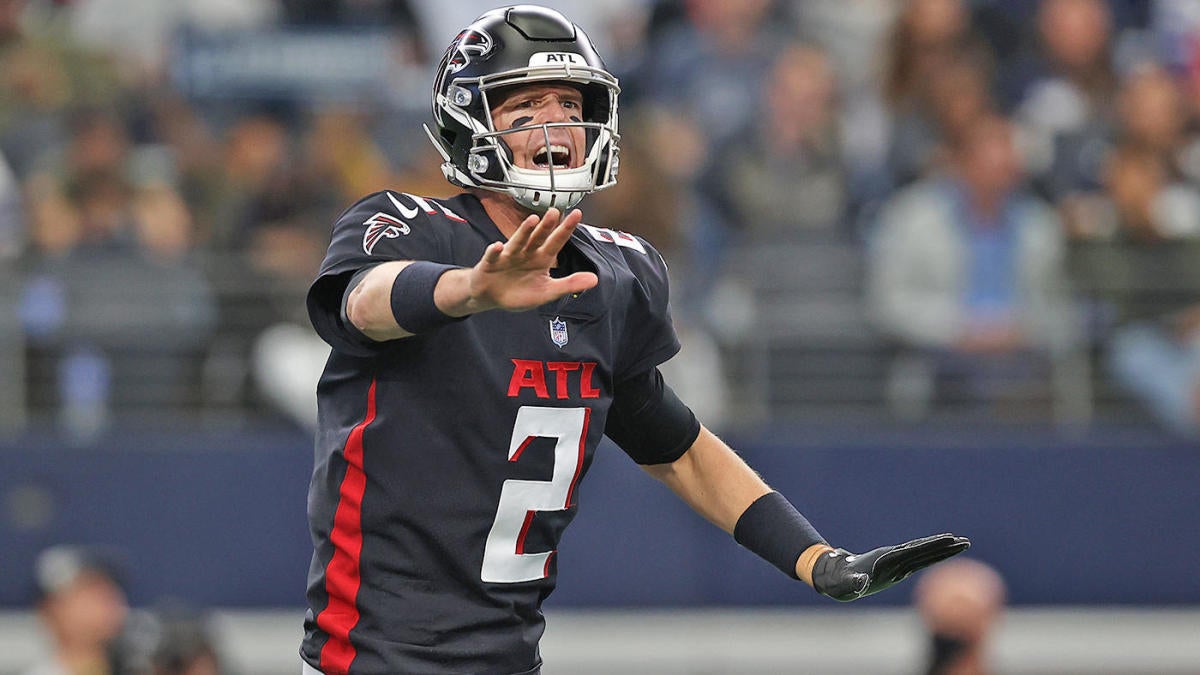 After 14 seasons in Atlanta, Matt Ryan could finally be on the move. Ryan’s time in Atlanta definitely would have ended this offseason if the Falcons had landed Deshaun Watson, but even though they missed out, their star quarterback could still end up somewhere else this offseason.

Now that Watson is heading to Cleveland, the Falcons are turning their attention to Ryan, but it’s not a done deal that he’s going to be Atlanta’s starting quarterback in 2022. According to NFL.com, the 2016 NFL MVP will be considering “his options” about what he should do next.

Ryan could simply decide to stay in Atlanta, but after all the drama the Falcons put him through over the past week, it wouldn’t be surprising if he wanted out.

Remember, unlike Baker Mayfield — who demanded a trade after the Browns made a play for Watson — Ryan sat quietly in the background while Atlanta did its best to try and bring in his replacement. Ryan even did the team a huge favor by postponing a $7.5 million roster bonus that was supposed to become guaranteed on Friday (The bonus will now become guaranteed on Tuesday, according to ESPN.com).

If Ryan does decide he wants to be traded, there are number of teams that would be happy to have him and with that in mind, let’s take a look at the best options.

If the Falcons want to do what’s best for Ryan, then they’ll do everything they can to make sure he ends up in Indianapolis. The Colts feel like a team that’s one good quarterback away from being a Super Bowl contender and Ryan definitely qualifies as a good quarterback. After trading away Carson Wentz, the Colts are likely going to be looking for a QB who they can trust, which definitely wasn’t the case with Wentz, who had several disastrous games in 2021, including a loss to the Jaguars in the Colts’ regular-season finale that cost Indy a postseason berth. Ryan might not be a top-tier QB anymore, but he’s definitely an upgrade over Wentz.

The best part for the Falcons is that the Colts are in the AFC, so they wouldn’t have to worry about playing Ryan’s new team until 2023 at the earliest. Ryan has already done a favor for the Falcons by postponing his roster bonus and the Falcons could return the favor by trading him to Indy.

After trading away Russell Wilson, the Seahawks are definitely another team that needs a quarterback. Although they do have Drew Lock on the roster, the Seahawks can’t be too thrilled with the thought of going into the 2022 season with Lock as their starting quarterback. Ryan would be an instant upgrade over Lock and the type of upgrade the Seahawks need if they want to compete in what should be the toughest division in the NFC.

Also, Ryan would probably enjoy playing in Seattle, where he would actually have receivers. During the 2021 season, the Falcons only had one receiver finish the year with more than 450 yards (This doesn’t include Kyle Pitts, who plays tight end). Ryan’s top receiver was Russell Gage, who would be a second or third receiver at best on most teams. In Seattle, Ryan will have guys like DK Metcalf and Tyler Lockett, who both finished with more than 950 yards last season.

During a recent episode of the Pick Six Podcast, Will Brinson floated this idea and it’s not completely crazy. If the 49ers are ready to move on from Jimmy Garoppolo, but not quite ready to hand the offense over to Trey Lance, they could bring in Ryan, who would be the perfect stopgap quarterback.

If Ryan went to San Francisco, it would reunite him with Kyle Shanahan. The 49ers coach spent two seasons with Ryan in Atlanta and those two seasons just happened to be two of the most successful years of Ryan’s career. In 2016, Shanahan was the offensive coordinator for the Falcons in a season where Ryan ended up being voted MVP.

Of course, this pairing will only work out if Shanahan doesn’t hold grudges, because after the Falcons blew a 28-3 lead in Super Bowl LI, Ryan seemed to pin a lot of the blame on him for the loss.

If they can let bygones be bygones, the combination of Ryan and Shanahan might be able to rekindle their 2016 magic.