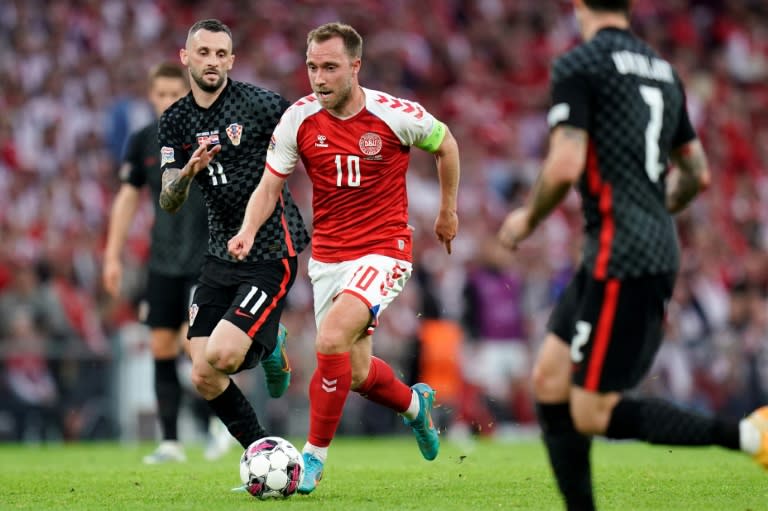 Manchester United have agreed a deal in principle to sign Denmark midfielder Christian Eriksen on a free transfer, according to reports on Monday.

United manager Erik ten Hag made the three-year contract offer to Eriksen after the Dane’s impressive comeback with Brentford.

The 30-year-old is reported to have a verbal agreement with United and will officially complete his move to Old Trafford after a medical.

Eriksen’s impending switch to United completes an incredible return after his brush with death last year.

He had a cardiac arrest on the pitch in Copenhagen while playing for Denmark at the European Championship and was forced to leave Inter Milan after recovering due to Serie A health regulations.

Eriksen, fitted with a implantable cardioverter defibrillator, proved his form and fitness during a loan spell at Brentford in the second half of last season.

He played 11 times in the Premier League for Brentford, scoring once and providing four assists.

Eriksen was also targeted by his former club Tottenham, but was impressed by Ten Hag after training with Ajax as part of his return to football following the cardiac arrest.

Ten Hag, who took charge at United in the close-season after leaving Ajax, is looking to revamp his new team after they finished a disappointing sixth in the Premier League last term.

United missed out on a place in this season’s Champions League and could see Cristiano Ronaldo depart after the Portugal striker reportedly demanded a move to a team in Europe’s elite club competition.