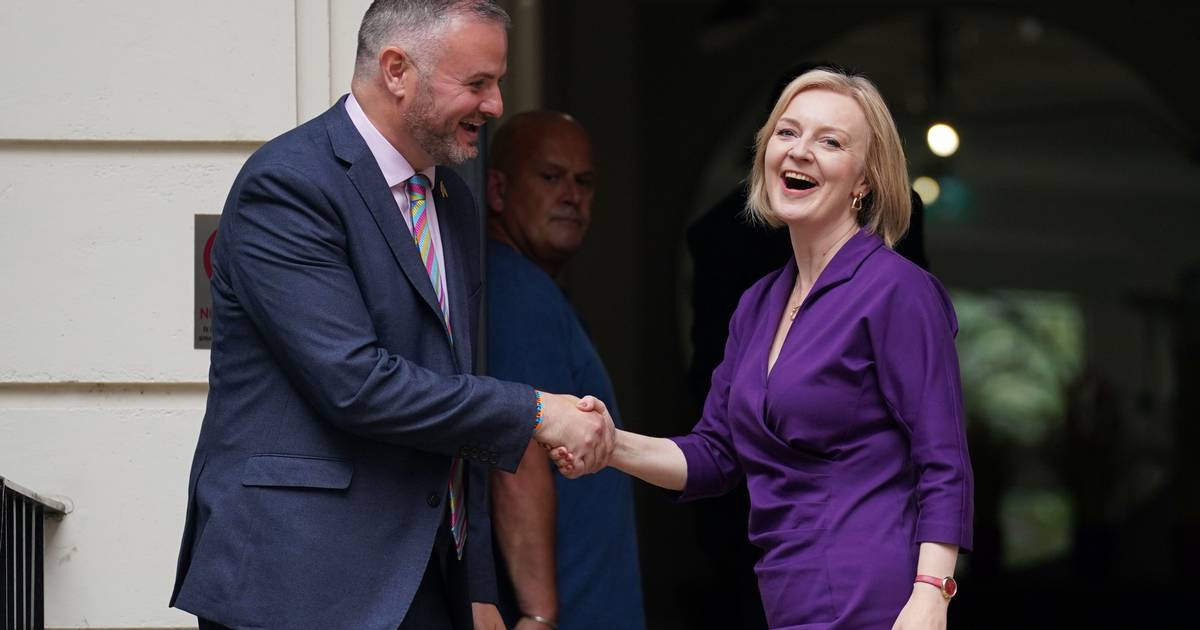 The confirmation of Liz Truss as the UK’s next prime minister is an opportunity to “reset” the post-Brexit relationship between Britain and Ireland, Taoiseach Micheál Martin has said.

There is an expectation in Government Buildings that Mr Martin and Ms Truss will speak by phone in the coming days after she is officially in place in 10 Downing Street.

Mr Martin expressed hope that negotiations on resolving the dispute over the Brexit agreement’s Northern Ireland protocol can resume while also playing down suggestions that Ms Truss’s victory was the worst result for Ireland.

The Taoiseach congratulated Ms Truss and said: “I see this as an opportunity to reset relationships between Great Britain and Ireland post-Brexit and also between the European Union and the United Kingdom.”

He said he wants the deadlock over the Northern Ireland protocol to be broken and he looked forward to engaging with Ms Truss in a bid to achieve that.

Asked if he believed her approach would be different to her predecessor Boris Johnson’s Mr Martin said: “I think we have to wait and see”.

He added: “if we collectively put the people of Northern Ireland at the centre of our attention and focus and work to bring about changes to the operation of the protocol that would facilitate concerns that have been legitimately raised, then I think we could well be on the pathway to finding a resolution.”

Mr Martin said that the Irish Government also want to see the restoration of the Northern Ireland Executive and Assembly.

It was put to Mr Martin by reporters in Cork that Ms Truss’s victory was the worst possible result for Ireland given her support for the UK’s Northern Ireland Protocol Bill aimed at unilaterally scrapping the post-Brexit arrangements that have created checks on goods moving from Britain to Northern Ireland.

Mr Martin brushed this suggestion aside saying: “it’s not just one person” and the spirit in which the Irish Government is approaching the issues is a “constructive one”.

“We do believe it’s in the interest of people in Northern Ireland that we get these issues resolved.

“We believe that can be resolved. ”

Mr Martin said he met the EU’s negotiator Maroš Šefčovič in Oxford at the weekend and he and the European Commission want to resolve the issue.

“But it takes obviously both sides to engage and … we would hope that the United Kingdom Government and the EU would be in a position to get into a process.”

Minister for European Affairs Thomas Byrne said that Ms Truss has shown pragmatism in the past, pointing out how she was opposed to Brexit before the UK referendum.

He told RTÉ Radio that it is a “concern” that many of the right-wing, Euroscpetic Conservative MPs supported her in the leadership race.

But he mentioned James Cleverly, who Mr Byrne has met and has been tipped to become the next Foreign Secretary, as “somebody that we could do business with”.

Earlier Minister for Foreign Affairs Simon Coveney said he hoped Ms Truss’s premiership could herald a “change in direction” for relations between Britain and Ireland.

Mr Coveney said he did not think that Ms Truss would trigger Article 16, the mechanism for taking unilateral action in the Brexit deal.

He said all sides want to avoid the kind of trade war that would result from the UK scrapping the Northern Ireland protocol adding: “There is a deal to be done here through sensible politics and pragmatism”.

He added: “A lot of the key decision makers are trying to reach out and give a signal to Liz Truss that if she decides to change course to a more positive one in terms of trying to find a sensible compromise with the EU, that we can find a way forward on this issue.”

Sinn Féin leader Marty Lou McDonald said there must be no delay in Ms Truss engaging with the EU to find joint solutions on the protocol.

She argued that this has undermined the Belfast Agreement and jeopardised economic progress in the north.

Ms McDonald said: “Relationships between Ireland and Britain must be rebuilt on the basis of good faith and respect for international law.

“This means a change direction by a British Government”.