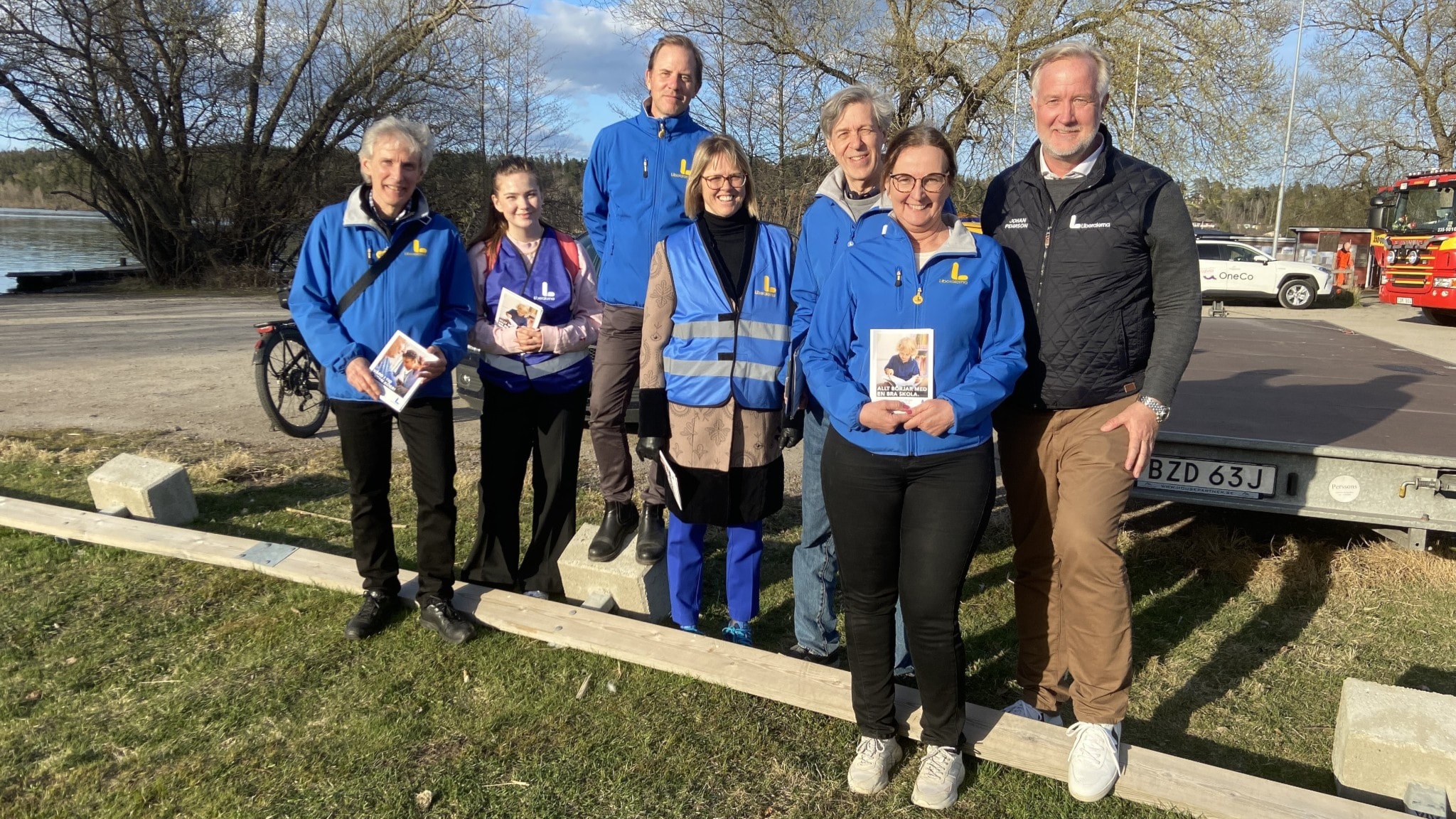 Johan Pehrson, leader of the Liberals, with colleagues from the party. They are campaigning in Sollentuna, north of Stockholm, as September’s elections approach.