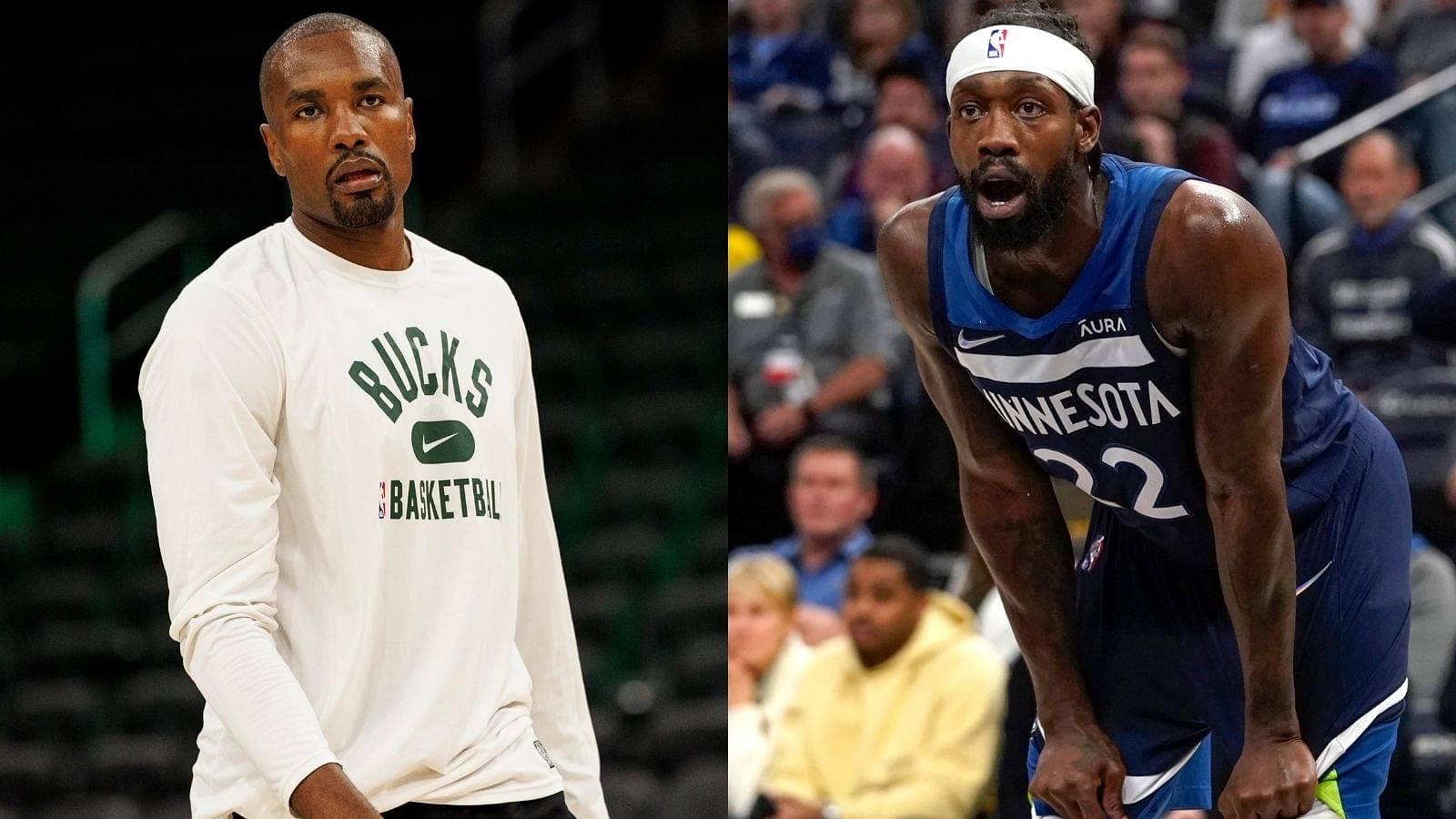 Patrick Beverley drew some attention to the game between the Timberwolves and the Bucks by shoving his former teammate behind the back.

The first game of Saturday saw the Minnesota Timberwolves take on the Milwaukee Bucks at Target Center. The early game in the afternoon had little to no chances of blowing up big time in the absence of Giannis Antetokounmpo.

The game had little to no juice throughout the afternoon except for a typical PatBev moment, as the Bucks just kept trailing the Wolves in the first two quarters by 6 points each. And then they added 12 more points to their 12-point halftime lead by the end of the third to make it a 24-point game.

But then there came Patrick Beverley with his vicious of smiles pulling off a PatBev scene out of thin air. The Wolves point guard looked in a hurry to get rid of his duties coming into the weekend.

Also read: “Patrick Beverley is kind of like our Draymond Green!”: Karl-Anthony Towns compares his teammate’s influence on the team similar to that of the Warriors superstar, calls him the ‘soul’ of the Minnesota Timberwolves

As Bucks forward Serge Ibaka was face-to-face with Wolves forward Taurean Prince after fighting for positioning following a free throw from Karl-Anthony Towns, Beverley came running over and pushed Ibaka away from Prince.

Then Bucks guard George Hill responded by shoving Beverley before referees and coaches quickly began separating players from one another. Beverley and Hill were both ejected. Prince and Ibaka received fouls while Ibaka got a technical foul.

Karl-Anthony Towns and Anthony Edwards’ 25 point games, that too, one of the most efficient games of the duo in the season, would not have been enough to get the game any kind of attention. But the former Clippers’ point guard made sure he took care of that department by shoving his former OKC Thunder teammate behind his back.

lmao look at pat bev sneak up on ibaka & push him pic.twitter.com/iZOZbUhpDk

Some were angry as well.

Patrick Beverley is never in the news for basketball reasons, you notice that right? Only ever for being an ass. #Ibaka https://t.co/RUthNP97u8

Also read: “Did Patrick Beverley just lie about how many Conference Finals he’s been in??”: Timberwolves guard tries to deceive fans through a Twitter take