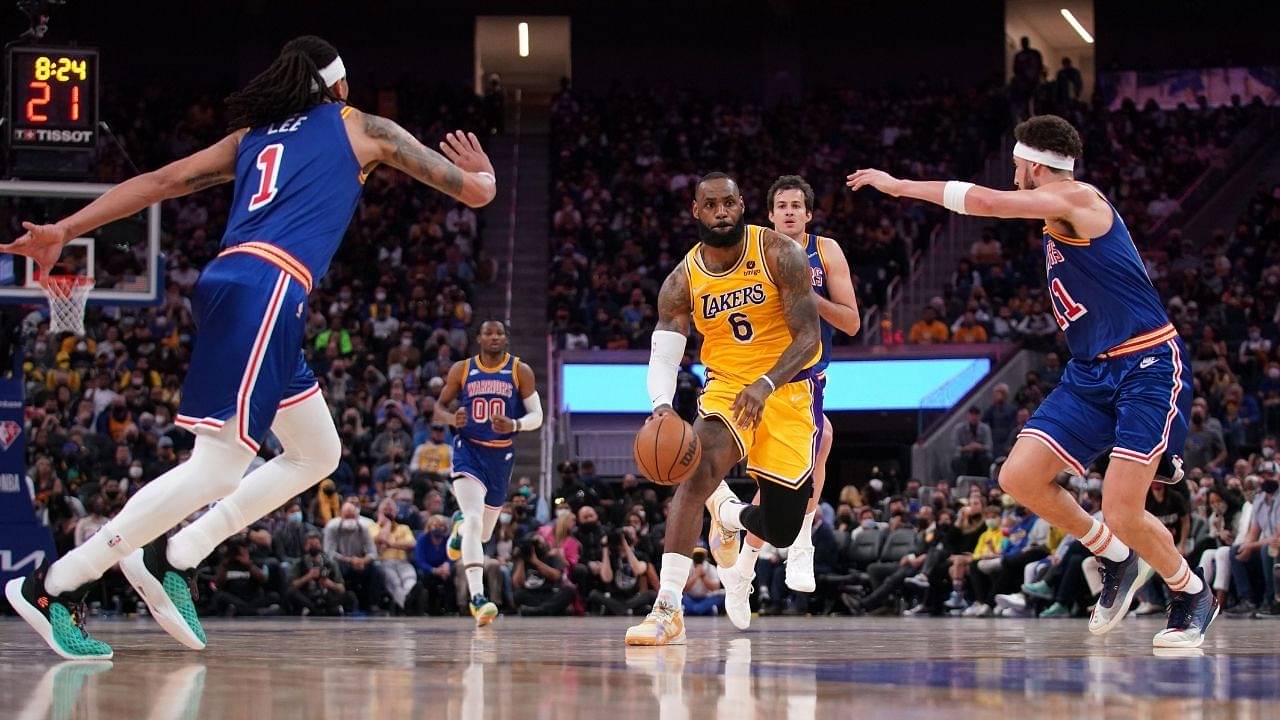 Warriors’ Klay Thompson sings praises for LeBron James, tells NBA Fans to appreciate the King’s greatness while we can

Golden State Warriors and LeBron James have established a relationship in the past decade or so. After having met in the Finals for four straight years, there was a distinct sense of admiration and rivalry among LBJ and the Dubs. However, ever since he moved to LA, the rivalry has turned more into camaraderie. The Lakers face the Warriors 3 to 4 times each season, and hence the two keep up with each other.

Tonight, the Lakers met the Dubs for their second matchup for this season. The Warriors won the contest 117-115, putting them up 2-0. Klay Thompson had a huge game, erupting for 33 points, 16 of which came in the final frame. He went 12-22 from the field and 5-9 from the deep. On the other hand, LeBron James continued his impressive streak of consecutive games with 25+ points. The streak is now up to 12 such games. He scored 26 points, grabbed 15 rebounds, and dished 8 assists. LBJ also crossed Kareem Abdul-Jabbar on the all-time points scored list(regular season+playoffs combined).

After the game tonight, Klay Thompson was told that LBJ crossed Kareem on the all-time scoring chart. Klay reacted and said,

“That’s unbelievable… That type of consistency and dedication to the game, only the greats have that in them. He’s one of them, he’s one of the best to ever do it. I don’t know how much longer he has, maybe it’s 2 years or 3, NBA Fans should appreciate him while we have him.”

Klay spoke about the greatness of LeBron James: pic.twitter.com/LIJmRyZ21h

Also Read: “I don’t know what roll I’m on, I’m just being myself”: DeMar DeRozan reveals the secret behind scoring 30+ points in 6 straight games for the first time in his career

The respect between LBJ and Klay was earned on the court, during those four consecutive Finals matchups. Klay is right though. LBJ is a once-in-a-lifetime talent, and we all should appreciate him playing while we can.