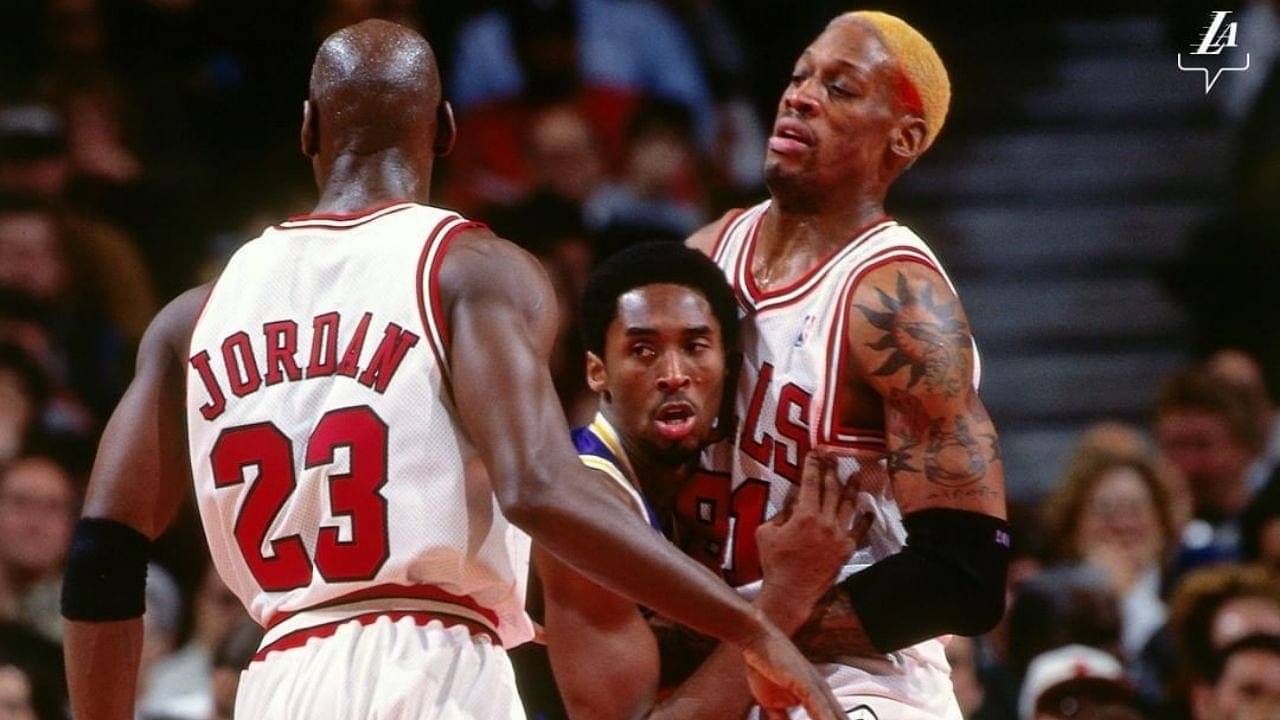 Dennis Rodman once said that he believes Kobe Bryant to be the Michael Jordan of this era while also saying he’s smarter than LeBron James.

Dennis Rodman is one of the select few players in league history to have had the privilege to play with both Michael Jordan and Kobe Bryant. His 3 championships with the Chicago Bulls from 1996-98 came with Jordan at the helm of it all while him playing with Kobe was during the Black Mamba’s formative year in the league.

With Jordan retiring from the game of basketball for a second time in 1998, the Chicago Bulls, at the behest of Jerry Krause, disbanded its core title players. Scottie Pippen would find himself on the Houston Rockets and Dennis Rodman made his way to Los Angeles, a city that was tailor-made for a man like Rodman.

At the age of 37, Rodman played merely 23 games for the Los Angeles Lakers in the ‘99 season and would play alongside Kobe Bryant and Shaq during his short stint with the Lakers. He averaged the lowest rebounding total of his career since his 1990 season at 11.2.

For whatever reason, Dennis Rodman was on an episode of Judge Pirro. Here, he would be asked a series of questions by the TV host about his thoughts on the NBA. Rodman would talk about his potential Hall of Fame before eventually being asked on he thought was getter, Kobe Bryant or LeBron James?

“Kobe has become the Michael Jordan of this era because he’s very smart. He knows how to score, he knows how to do certain things. LeBron is more of a, ‘Here I come watch out.’ He’s not gifted enough, as far, knowing how to bring his other players in with him and Kobe has figured that out.”

For whatever reason, NBA fans, for the most part, have placed LeBron James over Kobe Bryant in the all-time ranking by default, when in reality, there is an extremely strong argument for this not being a foregone conclusion.