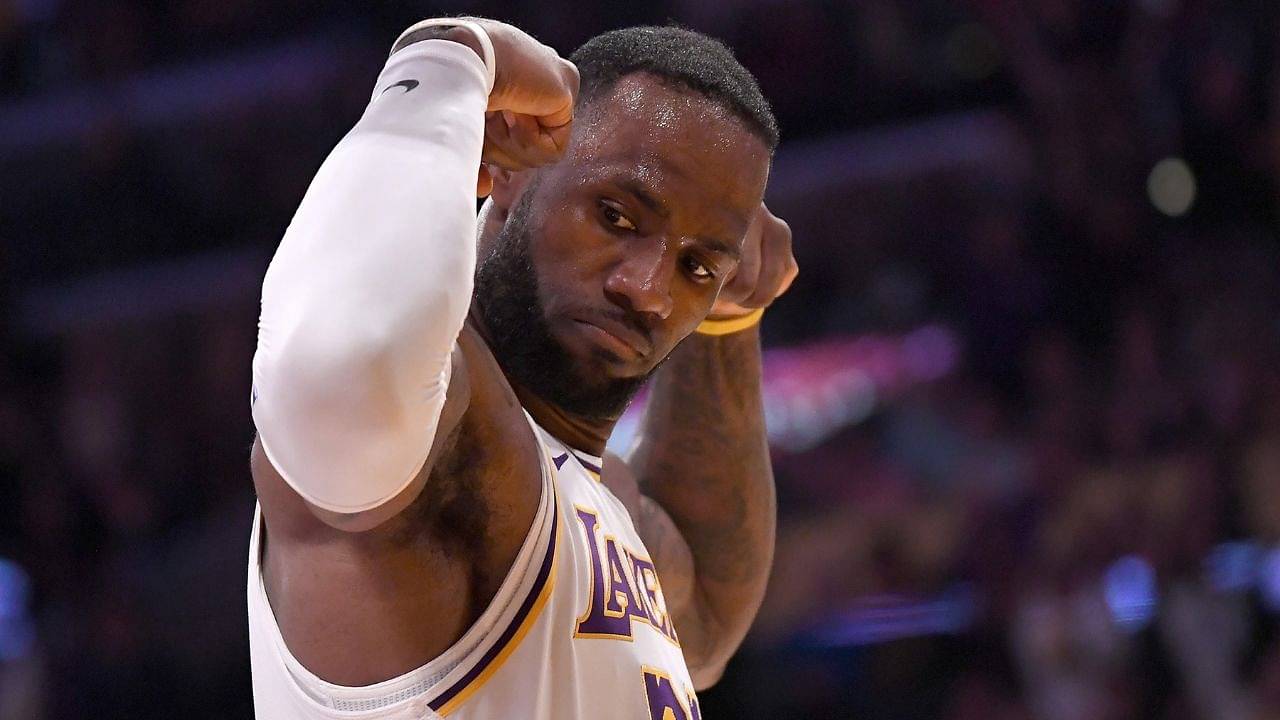 LeBron James has been averaging more points per game in year 19 than Kareem Abdul-Jabbar and John Stockton did in their 19th NBA season… combined.

The Los Angeles Lakers have been having a disappointing season, to say the least. When Rob Pelinka managed to surround the All-Star duo of LeBron James and Anthony Davis with future HOFers like Russell Westbrook, Carmelo Anthony, Dwight Howard, among several other solid role players, everyone expected this roster to dominate the league on a nightly basis.

Unfortunately, that doesn’t seem to be the case. Russ doesn’t seem to be gelling with LAL and Anthony Davis’ campaign has been riddled with injuries, yet again. One of the only few things positive for the Lakers this season has been the numbers Bron has managed to produce in his 19th professional season.

At age 37, LBJ has been proving that age is only just a number. Defeating the so-called father time that everyone thought would catch up to him, James has been having one of the best seasons of his career, solely stats-wise.

Very few players are able to last long in this extremely physical league. Only a selected few superstars have managed to make it to year 19. Goes without saying, the productivity of a player goes down drastically two decades into their career.

Also Read: NBA talking head debates the merits of Pat Riley reuniting with The King for one Last Dance with the Miami Heat

This doesn’t seem to be the case for LeBron. Even at age 37, Bron seems to be in the prime of his career, playing like a legit MVP contender. His 29 PPG in his 19th campaign is the most he has had since his 2009-10 MVP season.

Furthermore, the 29 points per game James has been putting up, is the most in the history of the league by a player in his 19th season… and how!

The 4-time MVP has been putting up more than what John Stockton and Tim Duncan averaged in their 19th season… combined.

Y’all can criticize LeBron all you want, but we’ll never see this again pic.twitter.com/qNsUJa2jqQ

Apart from 29 ppg, the global megastar has also been recording 7.9 rebounds and 6.3 assists. Truly, LeBron James has been aging like fine wine.