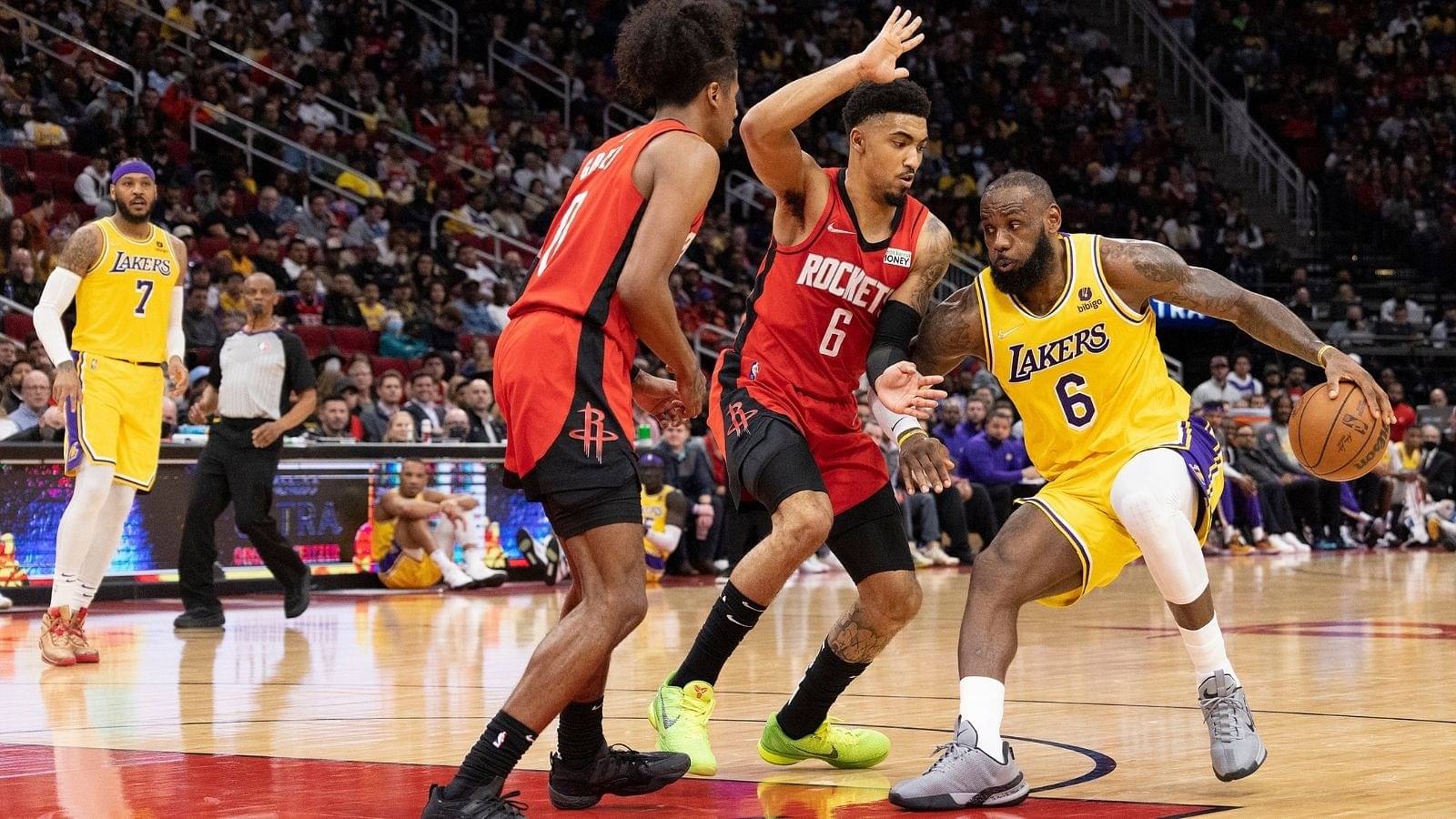 LeBron James had the chance to finish the game against the Rockets, Skip Bayless believes The King chickened out and passed it to Melo.

King James returned back to action on Wednesday against the Houston Rockets after erupting for a season-high 56-point against the Warriors on Sunday. In his first game back after a one-game absence with a knee injury, he got a triple-double with 23 points, 14 rebounds, and 12 assists.

It was the way in which he got those 23 odd points and also one of his questionable play at the end of the regulation that cost the Lakers the game. They would’ve desperately wanted this win after dropping one against the Spurs in LeBron’s absence.

Also read: “Russell Westbrook says the main reason Lakers are losing is THEY don’t play hard?!”: Skip Bayless is in utter dismay after Brodie calls out his teammates

James shot just 1-of-9 from behind the arc, in contrast to 6-of-11 he made in his last outing. And made just 9 field goals in 26 attempts compared to 19/31 against the Warriors.

Just when Russell Westbrook was having one of the most efficient games of his season, scoring 30 points and shooting 11/21, LeBron fell short on his end to take his team through. Some of his plays can sum up the Lakers’ misery throughout the campaign.

absolute destruction of the Lakers by the Houston Rockets. watch LeBron after this Westbrook missed layup. pic.twitter.com/9Ue1nkUPco

Why was he even surprised that Russ missed that shot? Only he’d know the answer to that. Every Laker must be ready for an offensive board or to track back when Brodie hits a shot. But let’s have a look at what took the game to overtime.

In the last play of the game when the Lakers had the chance to settle the game that was tied at the time, the 18x All-Star drove past Eric Gordon and David Nwaba just to pass the ball to Carmelo Anthony.

Skip Bayless, one of LBJ’s perennial haters who was busy for the past few days in a feud with Russ and his wife got his chance to call out James.

Once again, LeBron James did not go up strong with the game tied because he did not want to have to shoot the last-second free throws to win. He shied from contact, shot a fallaway runner, missed it.

The veteran Fox Sports analyst might have even called the 4x MVP a “Chicken” while sending out a series of Tweets around the time Lakers started the overtime.

I thought this was supposed to be “Winning Time.” Somewhere, Magic is rolling his eyes and shaking his head.

The 4x Champ is quite famous to pass up the last shot almost all the time to a teammate who is in a better position rather than taking the responsibility himself. And he gave the same excuse after the game, saying he passed because Melo had a better look.

Lakers LeBron James breaks down the last play of regulation against the Rockets and why he didn’t take the last shot. #Lakers #LeBronJames #Sarge pic.twitter.com/ax0QTq1n8R