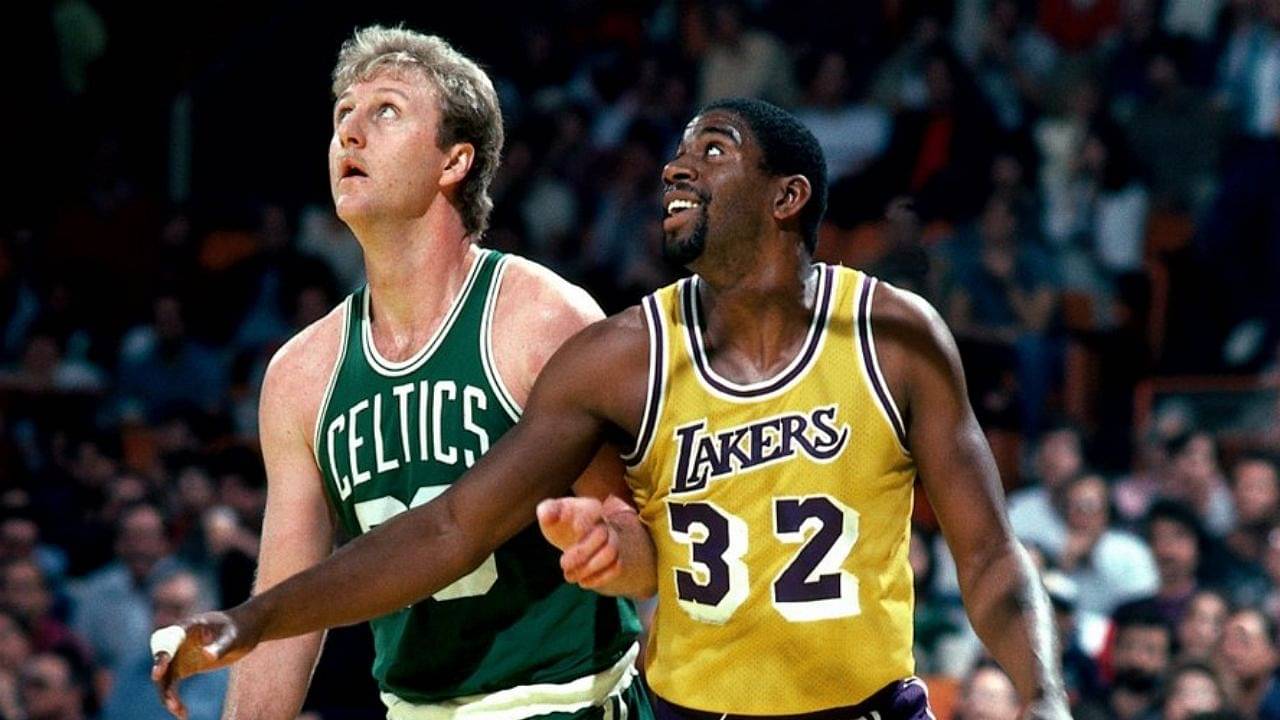 A few years back, Magic Johnson narrated an anecdote from a matchup when Larry Bird talked trash to the Lakers legend while receiving a pass.

Larry Bird is truly one of the greatest ball-players the league has been blessed to witness. Standing at 6-foot-9, the long-time Boston Celtics legend was a straight-up bucket getter, often forgotten for being one of the most premier shooters ever.

However, apart from being an elite scorer, Larry Legend was also known for his superb trash-talking skills. Bird was so gifted that he would often tell his defenders exactly how he planned on scoring… And would end up pulling that exact same move.

Also Read: When Isiah Thomas ranked the Bulls legend as the fourth greatest player of all time

Magic Johnson, one of Bird’s long-time rivals, was among the many superstars who had to face the wrath of Larry’s brutal trash talking. A few years back, the former Lakers legend hilariously narrated an anecdote from one of their clashes.

“Magic Johnson, you did all the running for nothing”: Larry Bird talking trash to the Lakers legend

Back in 2015, during the AOL National Sales Conference revealed one particular Larry Bird trash-talking story from one of their several matchups. Johnson narrated:

“So, you DJ (Dennis Johnson) coming down with the ball. “Oh, great DJ that’s good” (Larry would say). So he passes to Larry, he’s in that corner. So as you pass it to Larry, my first job was to stop you first, right? Now I gotta go out and close Larry Bird up. So as I’m running out to Larry Bird, he’s talking trash to me – “I don’t know why you running out here.” Who says that in the middle of the game?!

He said, “imma wait till you get one step away from me and imma shoot it right in your face.” True story. So I got one step away, he shoots it. All net, three-pointer good then he turned to me and said, “you did all that running for nothing.”