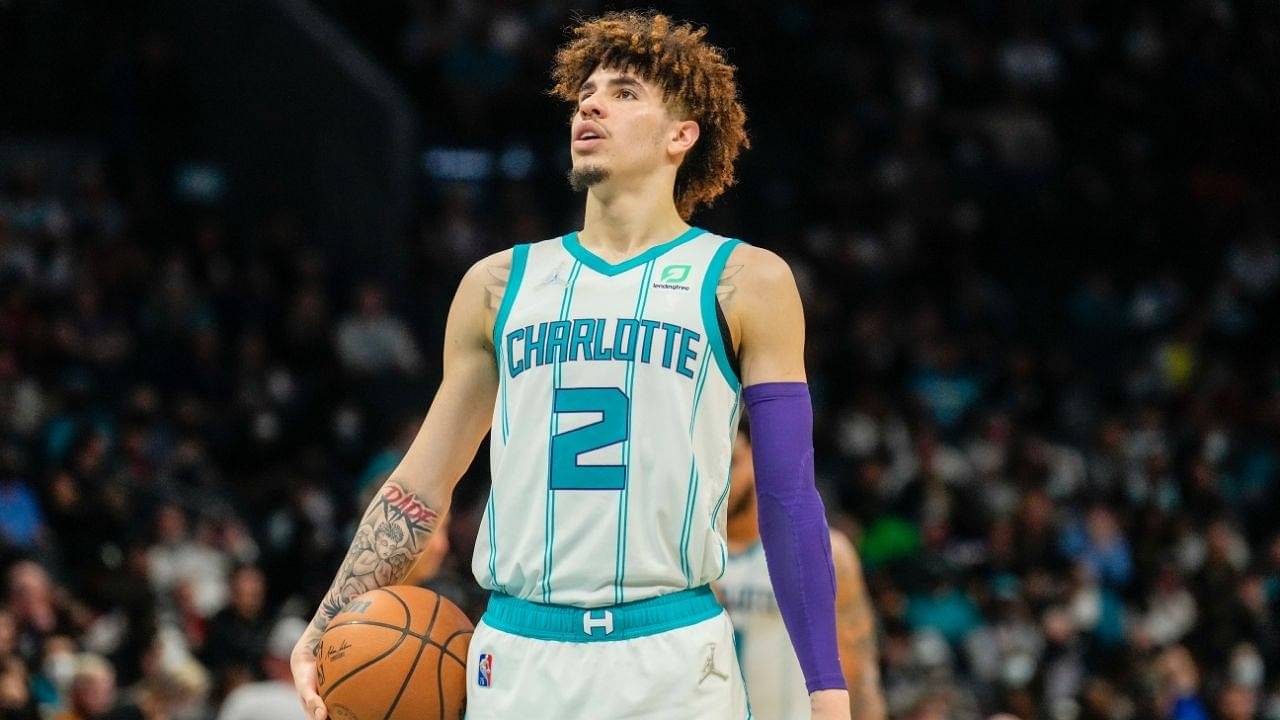 Head coach James Borrego may not want to hear anything about it, but LaMelo Ball is indeed the Hornets’ franchise player.

The Ball brother is already one of the best point guards in the entire NBA… and he is just 20-years-old. And if you think that sounds absolutely insane… well, that’s because it absolutely is. Except, it’s true.

And to them, (and the rest of you with an actual, valid opinion), we’d like to bring a few simple stats from this season to attention. And let’s just say, those few lines of datum ought to set every hater straight.

Also Read: “Steph Curry is not the Michael Jordan of this era”: Chris Broussard disagrees with Kevin Garnett on the Warriors superstar being the GOAT of this era

Oh yes, if you’re also one of those people that believes Ball did not deserve to be an All-Star this season, what we have coming up here, ought to set you straight as well.

But, what is this crazily mystical statline that we keep hyping up? Well, to find out, take a look at the tweet below.

The Hornets Offensive Rating with LaMelo Ball on the court:

The Hornets Offensive Rating with LaMelo Ball off the court:

Put in the simplest way, LaMelo Ball makes one of the worst offensive teams in the NBA, one of the top 5 in the league, when he is on the court.

Of course, there are things that matter apart from how many points a team can score per 100 possessions (which is what offensive rating is).

But still, being on par with the Phoenix Suns on the offensive end? We’d say that’s pretty darn impressive.

We just hope that Hornets head coach James Borrego gets the memo, and actually plays LaMelo Ball more consistently. Otherwise… well, Charlotte might as well be wasting his talent.