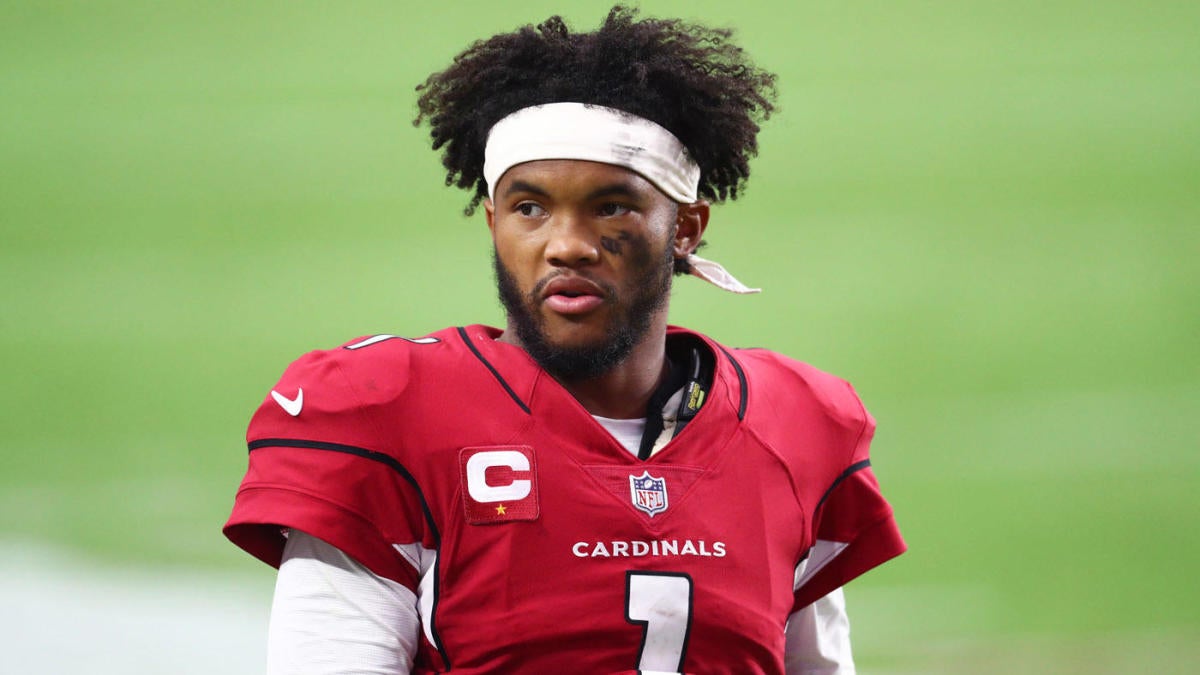 Kyler Murray may or may not be the Cardinals‘ quarterback of the future, and the former No. 1 overall pick wants the whole world to know it. Days after team owner Michael Bidwill said he “loves” Murray and believes the QB will keep improving, the Pro Bowl signal-caller’s agent released a lengthy statement Monday, seeking not just verbal support but an actual long-term commitment from the Cardinals. This comes weeks after ESPN first reported of a behind-the-scenes rift between Murray and the team, with Arizona brass apparently concerned over the QB’s leadership.

What does Monday’s big statement from Murray’s representation actually mean? What kind of contract does the QB want? And what lies ahead for both Murray and the Cardinals? Let’s dive in:

Is Kyler demanding a new deal?

Basically. “Kyler wants to be direct … in stating his two very important goals,” agent Erik Burkhardt wrote in the letter. One of the goals is remaining the Cardinals’ QB for the long term; the other is winning the Super Bowl. But most of the letter either passively or proactively suggests Arizona isn’t committed to the same goals if it doesn’t extend Murray as soon as possible.

Burkhardt says he’s already sent a “detailed contract proposal” to the Cardinals, seeking a “real commitment from the organization.” It is now “simply up to the Cardinals,” he added, “to decide if they prioritize their rapidly improving, 24-year-old, already two-time Pro Bowl quarterback … Or rather, if they choose to financially prioritize other areas and (continue) to merely talk about addressing Kyler’s long-term future as their QB.”

In other words, they want the Cardinals to pay up. Now. Otherwise, why put the following statement in bold-face (in a public statement, no less): “Actions speak much louder than words in this volatile business.”

But isn’t Kyler already under contract?

Yes. He is entering the final season of his four-year rookie deal, which the Cardinals can extend through 2023 by exercising a fifth-year option. But he’s eligible for an extension as of this offseason.

How much money does he want?

Burkhardt said they’re seeking a deal “in line with the current QB market.” In all likelihood, that probably means somewhere in the ballpark of $40 million per season. That would be just below the average annual totals for the Bills‘ Josh Allen ($43M) and Cowboys‘ Dak Prescott ($40M), who signed their new deals in 2021 at 25 and 28, respectively.

Should the Cardinals give him what he wants?

No. Not now at least. Murray has a lot of positive traits: he’s young, he’s mobile, he’s got a strong arm, and he’s flashed MVP-level production in two of his three NFL seasons. He’s also 22-23-1 as a starter (0-1 in the postseason), suffered lingering or untimely injuries in two straight seasons, and generally struggled more as the playoffs draw closer. There is certainly a scenario where Murray — a borderline top-10 starter — earns a lucrative long-term deal in Arizona, but in a league where most teams are either actively looking for new QBs or desperate to shop their overpaid starters, it feels more than fair if the Cardinals want Murray to take another step in 2022 before making him one of the game’s highest-paid.

Will teams inquire about a trade?

Oh yes. Teams are desperate for QBs, remember, and that includes potential malcontents. The fact this apparent disconnect between Murray and the Cards has gone public means teams are probably already preparing phone calls to Arizona. Murray is only three years removed from going No. 1 in the draft. He’s a proven Pro Bowler. At least a dozen teams would give Murray a serious look, if not make the Cardinals an offer.

If Burkhardt’s statement is any indication, the Cardinals haven’t been eager to extend Murray at this moment. So barring a reverse of course because of the QB’s public proclamations (which, you could argue, only feeds into alleged team concerns about his focus), nothing will happen this offseason. That is unless Murray takes things a step further and holds out of team activities, including training camp. This may not benefit him much financially, but it would essentially put the onus on the Cardinals to consider shipping him elsewhere — presumably to a team ready to unload all kinds of cash for his services. If Murray tables his public wishes and suits up in 2022, his performance on and off the field will dictate a real decision next offseason.