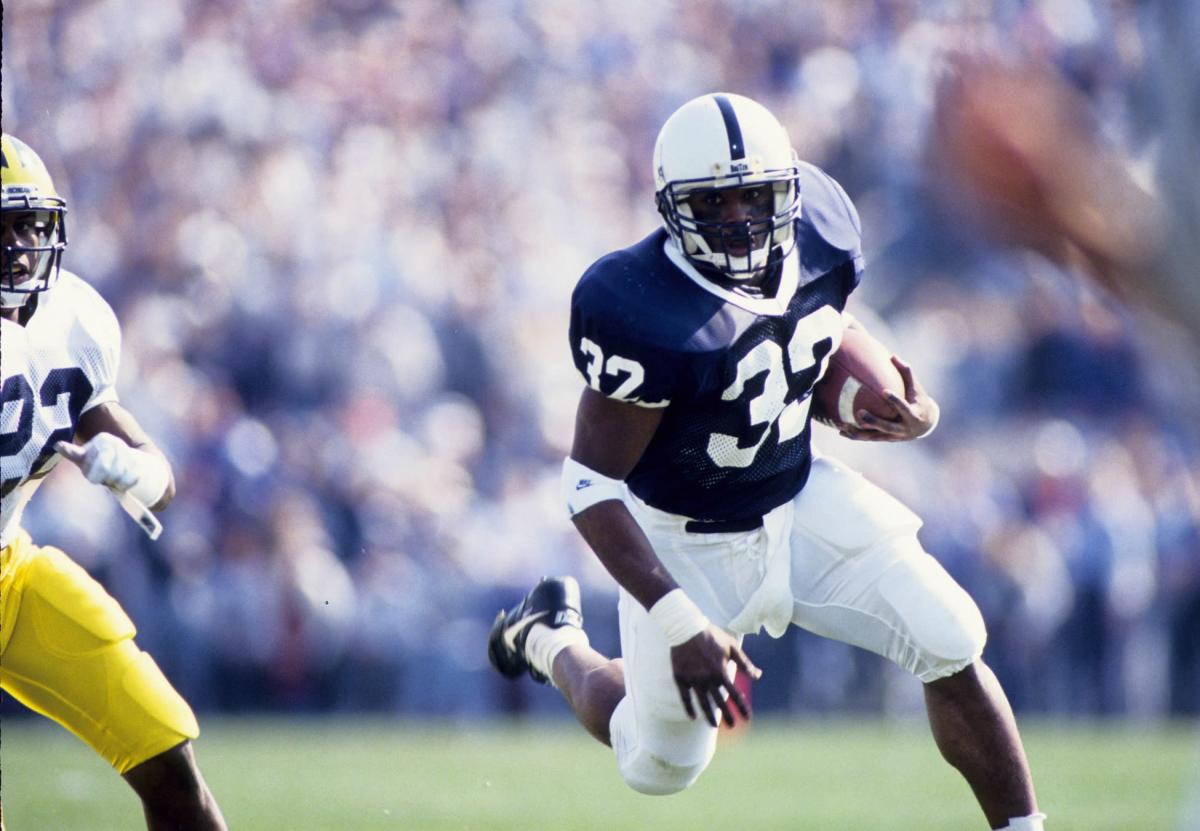 In addition to the three former players, current Penn State wide receivers coach Taylor Stubblefield appears on the ballot for his standout career as a player for Purdue. Another former Penn State player, Glenn Killinger, also is on the College Football Hall of fame ballot, but he is included as a candidate for a divisional coach.

This is Carter’s first appearance on the College Football Hall of Fame ballot, and he has a chance to join former teammate Kerry Collins, who was inducted into the hall of fame in 2018. Carter was a first-team All-American during Penn State’s undefeated 1994 season and ended his Penn State career as one of the best backs to ever come through the program. Carter was a runner-up to 1994 Heisman Trophy winner Rashaan Salaam of Colorado and a finalist for the Maxwell Award, which was won by Collins. Carter ended his career earning co-MVP honors in the 1995 Rose Bowl victory over Oregon with 156 rushing yards, highlighted by a memorable 83-yard touchdown on Penn State’s first offensive play of the game.

Carter went on to be the No. 1 overall pick in the 1995 NFL draft of the Cincinnati Bengals. He spent a total of 10 years in the NFL.

Dozier was also a first-team All-American for Penn State in 1986. He is the only player in school history to lead the Nittany Lions in rushing for four consecutive seasons and he was a key offensive piece of Penn State’s 1986 national championship run. It was Dozier who scored the game-winning touchdown for Penn State in its upset victory over No. 1 Miami in the 1987 Fiesta Bowl.

Posluszny was a two-time First Team All-American, including as a consensus pick in 2005, and he is one of two players to win the Chuck Bednarik Award twice (Northwestern’s Pat Fitzgerald is the other, doing so in 1995 and 1996). Posluzny also owns a Butkus Award and was a two-time First Team All-Big Ten player. Posluszny was also a National Football Foundation scholar-athlete in 2006.

Penn State currently has 20 inductees in the College Football Hall of Fame. The most recent inductee is former linebacker LaVar Arrington, who will officially be enshrined later this year after being voted in last year.

Every College Football Hall of Fame member from Penn State

Drew Hartlaub opens up about giving up NFL dream

Where does Sean Clifford rank on ESPN’s QB tiers for the 2022 season?