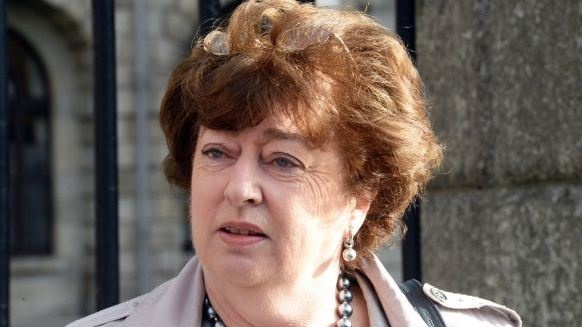 The State must see the appointment of judges “who truly reflect Irish society” and “not just a certain section of society”, the Dáil has heard.

Sinn Féin TD Chris Andrews said there had to be judges “who are in touch with all communities”, especially working-class communities, and that the State must be “proactive” in ensuring the judiciary reflects “the increasing diversity sooner rather than later”.

The Dublin Bay South TD was speaking as the Judicial Appointments Commission Bill 2022 was being debated at second stage on Thursday.

Minister for Justice Helen McEntee has said the Bill will lead to the “biggest reform” in 25 years in the way judges are chosen. The new measures mean all candidates, including serving judges seeking appointment to higher courts, will undergo the same new application and interview procedures.

Candidates will also be required to undergo judicial training or continuous professional development.

The commission will include four lay members, to be selected and recommended by the Public Appointments Service, four judges and the Attorney General, who will not have a vote.

“It is consistently said to me that judges are out of touch and they leave gardaí fighting crime and social disorder with one arm tied behind their backs,” Mr Andrews said.

“Countless gardaí have told me how frustrating and disheartening their role has become due to out-of-touch judges, countless examples of violent offenders with 70 or 80 previous offences receiving suspended sentences from judges.

“Many violent offenders feel untouchable. This is having a devastating impact on local communities. It infuriates local residents and undermines the role of the gardaí.

The Sinn Féin TD said while his party supported the legislation, the State needed to have judges who are “not afraid to hold offenders accountable”.

Social Democrats TD Catherine Murphy said she had concerns about the role of the Attorney General in the selection process and asked if it was “appropriate”.

“While the Attorney will not have a vote in the selection process, it is undeniable there would be a central role. We all know that people are looked to in terms of influence and advice and there is no doubt the Attorney General would be in that position,” she said.

“Then, when the names are sent to Cabinet, the Attorney will again have a significant influence on the final pick.

“The Attorney General, while nobody is doubting their qualifications, is a political appointment nonetheless and having a representative of the Government at the Judicial Appointments Commission undermines its supposed independence.”

The Kildare North TD said it was not standard in other jurisdictions and that the Attorney General was also responsible for purchasing legal services in the State and there were “significant risks of conflict of interest that needn’t be the case if there’s a change made here”.

“There is also an added complication of many Attorney Generals taking on a senior role in the judiciary when they leave office,” she added.

“With that being kind of a well-established precedent, it is entirely inappropriate for the Attorney General to sit on the Judicial Appointments Commission.”

Minister of State at the Department of Justice James Browne said as the legal adviser to the Government and chief law officer of the State under the Constitution, the holder of the office of the Attorney General was a “suitable person” to be a member of the JAC in “the performance of its functions under the Bill”.

Mr Browne said the provision that the AG shall not have a vote as a member of the commission “allows for an appropriate balance between the four judicial members and the four lay members”.