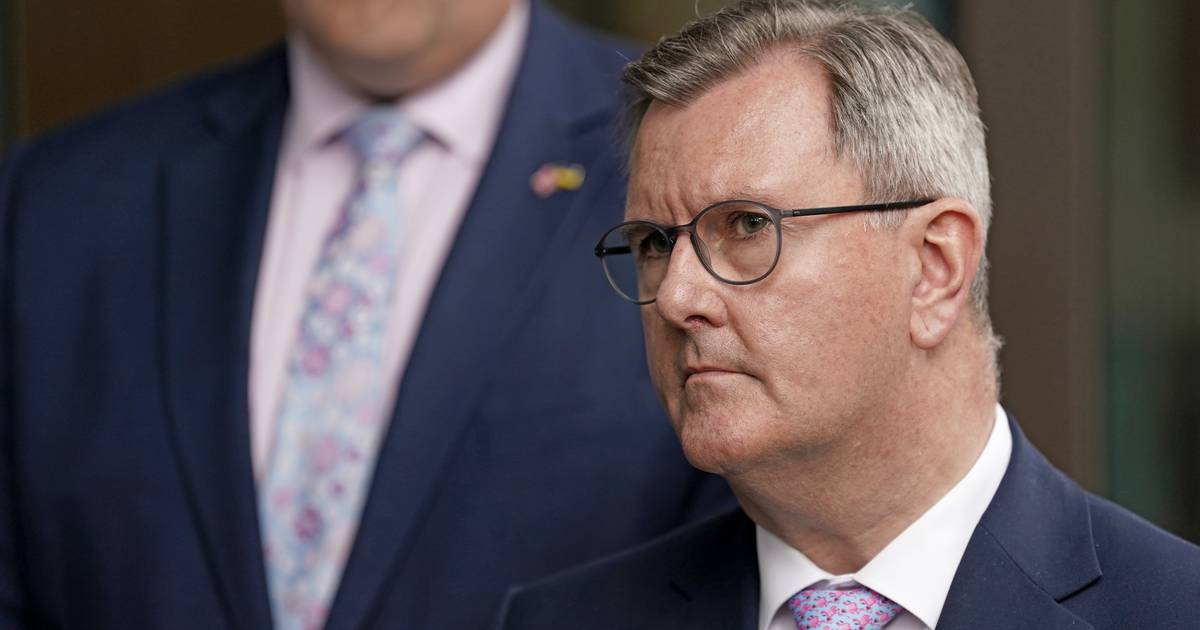 The crisis engulfing Boris Johnson’s leadership has left the DUP in the “worst possible position” over the Northern Ireland protocol, according to a leading political commentator. Alex Kane, a former Ulster Unionist Party head of communications, also warned that Tory party infighting could have far-reaching consequences for the North’s powersharing structures.

With British prime minister Boris Johnson narrowly surviving a confidence vote on Monday evening there are concerns about the impact of divisions on new legislation around the post-Brexit trade deal due to come before Westminster this week.

“The trouble is that at this moment Johnson is crippled and the DUP need him,” said Mr Kane. “He wasn’t very good for them when he was at the height of his powers just over a year ago. That will be the worry. Whatever the DUP are saying publicly, they know that a weakened Johnson is a huge problem for them, particularly if he has 148 MPs whose vote he can no longer rely on,” said Mr Kane. “It’s the worst possible position the DUP could have been in; the DUP has been constantly throwing every single unionist egg in the Tory basket.”

DUP leader Jeffrey Donaldson wrote to party members on Tuesday insisting that in the aftermath of the vote Mr Johnson “must now make good the commitments he gave to the people of Northern Ireland by restoring Northern Ireland’s place within the UK internal market and dealing with the union-dismantling Northern Ireland protocol”.

Mr Donaldson added: “If the protocol is not resolved then Northern Ireland will be without a devolved government.”

The North is currently without a functioning Assembly as the DUP refuse to elect a speaker unless their concerns are addressed.

Sinn Féin deputy leader Michelle O’Neill, who is the North’s designate First Minister, said the outcome of Monday’s vote “didn’t change anything” as Conservative party division will not help efforts to restore the Stormont executive:

“Whether it’s Boris Johnson or any other Tory leader, the Tories are bad for workers and families. They’ve brought us austerity; they’ve foisted Brexit upon us and all the Covid mess. Everything the Tories do is not good for people here.”

However the DUP’s Gavin Robinson played down the fallout, insisting the same issues remain on the table “irrespective of who is in high offices in London”.

Speaking to The Irish Times from Westminster, he said: “My view is; you can get involved in the highs and lows of politics but there needs to be a level of pragmatism with all the actors – and that includes the UK government, the Irish Government and the European Commission.

“We’ve been very clear from the start we’re interested in action, not words, and action will come not only in the publication of the (protocol) bill but the passage of the bill. The government has held open the prospect there’ll be a negotiated solution without the need for the bill; if that’s reached and addresses our issues then we’ll be delighted. It’ll solve the problem and allow us to restore devolution.

“And so irrespective of whether Boris Johnson stays or chooses to go – or is forced to go – the same solutions will be required to restore political stability and the fruition of the Belfast Agreement that has stood as well for so long.”