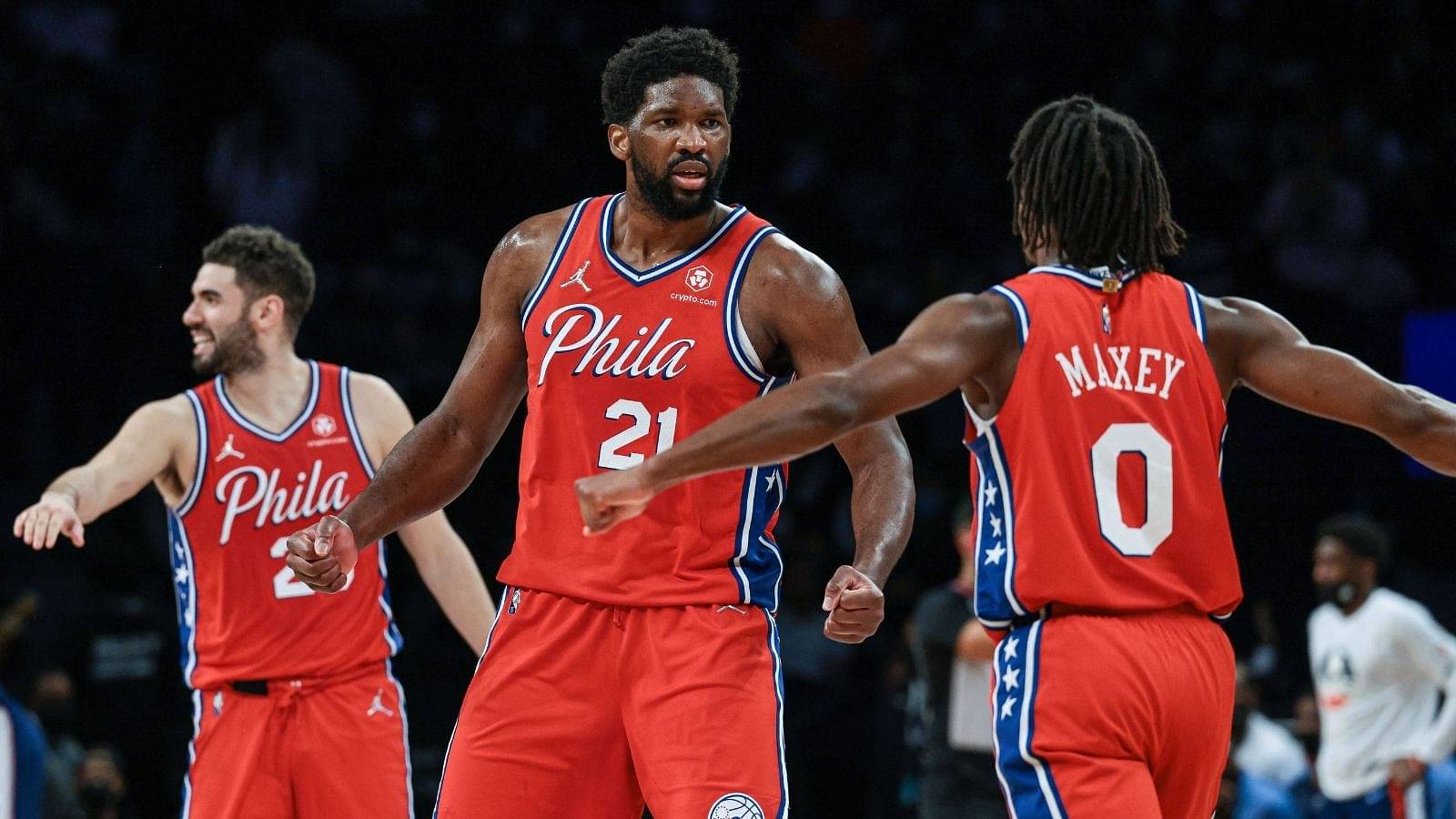 Joel Embiid and James Harden’s ability to get to the free-throw line will really become a big problem to deal with for every team in the NBA.

The way the Philadelphia 76ers are playing with the new duo of James Harden and Joel Embiid leading their offense is just mind-boggling. The one-two punch they provide Philly could turn out to be the most lethal attacks in the league.

It’s a small sample size, but what the pair have done in the first two games together is just everything Daryl Morey would have expected when he had initially planned of getting these two prolific scorers together.

There is one aspect of their game though which looks extraordinarily remarkable, free throws. The charity line shots are an important part of both their games.

Also read: “It’s nice to finally have James Harden on our side”: Tyrese Maxey reveals what a horror it is to guard The Beard when he is playing for the opponents

Players across the league have found it difficult to get the calls and “and-ones” this year. But not Harden and Embiid. Both of them are top-5 in FT attempts per game, with the latter topping the charts with 11.6 attempts per game.

Even Tyrese Maxey found himself surprised by Joel’s ability to get the calls after the last game, but the big man himself is not.

In Sunday’s game against the Knicks, Embiid got to the charity line more than anyone since Anthony Davis shot 27 free throws in October 2019. And it left his teammate Maxey surprised, look at the man’s reaction after reading the stat sheet.

Tyrese Maxey: “Joel, you looking at all the free throws you shot?”

While obviously, the 5-time All-Star didn’t look much surprised, saying he gets hit frequently. He went for 37 points in the game, 23 of which came out of free throws, having had 27 attempts.

Combine that with Harden’s 10-of-10 from the line and the duo has had 59 attempts in just two games. That is two teams’ worth of FTs if not less. The Timberwolves and Knicks had a combined 60 attempts in those games.

But it is not the result of unfair or biased calls in any way, as the Sixers themselves had a total of 9 more attempts than their last two opponents. So, it’s just the duo’s ability to get the calls more than anything else.