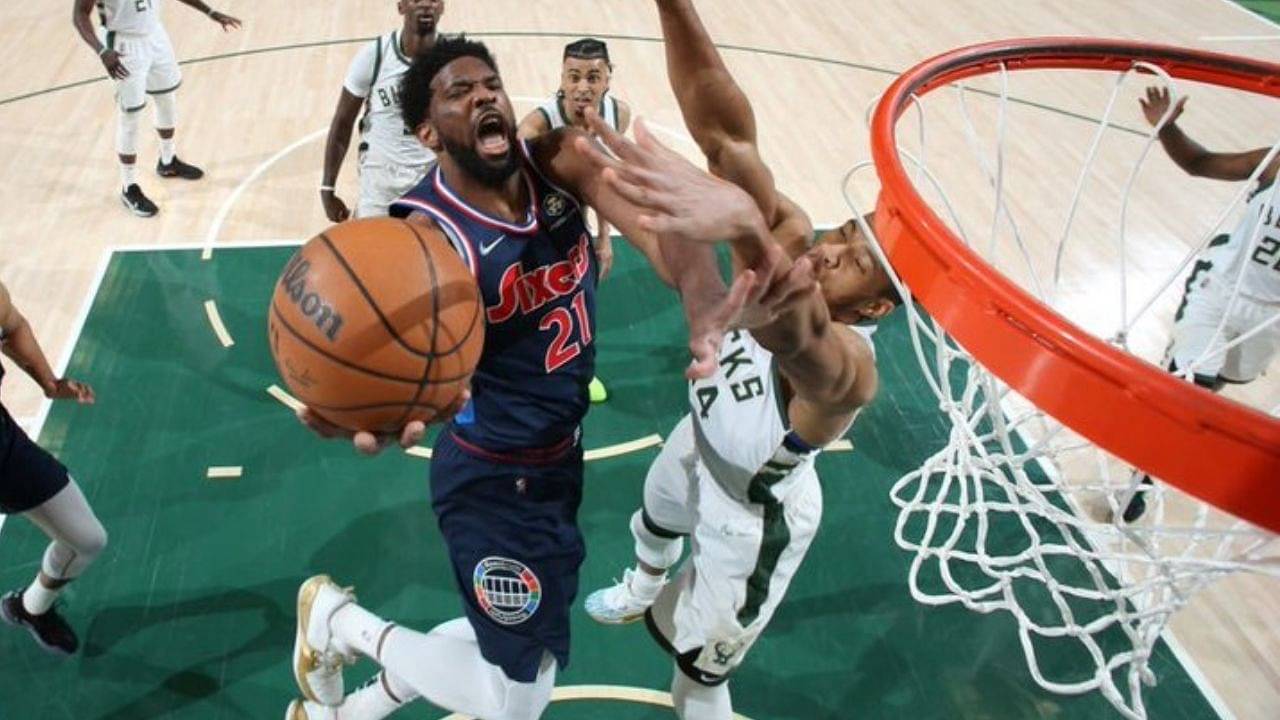 In an incredible duel, Joel Embiid got the better of Giannis Antetokounmpo as the Philadelphia 76ers manage to defeat the defending champs by 3 points.

The Philadelphia 76ers–Milwaukee Bucks contest was as action-packed and well-contested as we all hoped for it to be. Two of the top teams of the East, with two of the best players in the league, went at it against each other the whole night. However, after 15 lead changes and 8 ties, it was Joel Embiid and co. who managed to grab a 3-point win over Milwaukee.

As expected, the Embiid-Giannis Antetokounmpo duel was exciting with both players bringing their best game to the table. The2-time MVP stuffed the stat sheet with 32 points, 11 rebounds, 9 assists, 3 steals, and a block, however, the Greek Freak’s near triple-double performance was overshadowed by JoJo.

Joel Embiid and Giannis battle it out for all 4 quarters as Embiid and the @sixers come out victorious in Milwaukee!

Also Read: The Slovenian MVP shatters numerous records with his jaw-dropping 49/15 double-double performance vs the Pels

As soon as the Philly-Bucks clash got over, NBA Twitter erupted with reactions to the Joel-Giannis matchup.

42 on the head of the defending champ and DPOY frontrunner just days after unfortunate loss. All the pressure in the world on Embiid and he absolutely delivered. I think this MVP race is wraps. Look forward to the playoffs!

What an MVP showdown:

Also Read: Sixers’ Joel Embiid warns the rest of the league ahead of the Beard’s debut in Philly

Seeing these two squads, led by their MVP caliber leaders, face off against each other late in the playoffs, will surely be one interesting matchup everyone will look forward to.