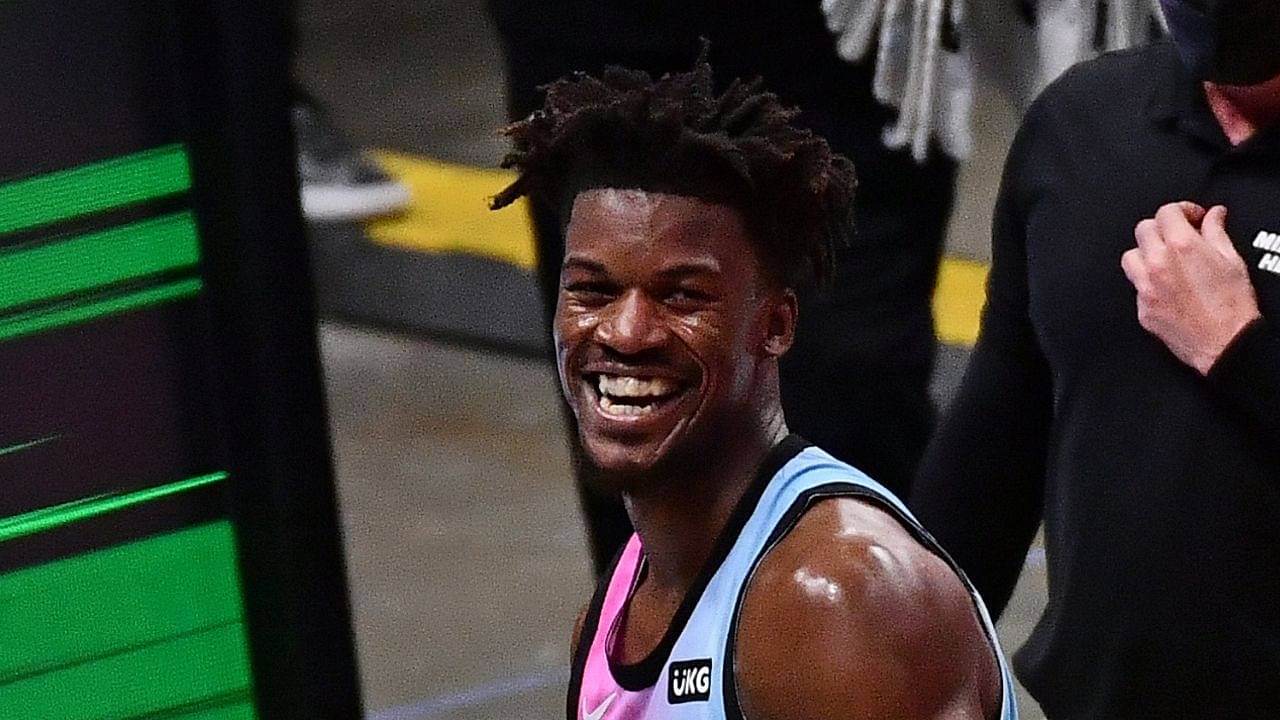 Jimmy Butler has been shooting 16% from 3-point range this NBA season and had 0 points in the final 36 minutes of play against the Bucks.

While Jimmy Butler is still an All-NBA level talent for the Miami Heat and the undeniable leader in the Heat locker room, there is a glaring weakness in his game: shooting. More specifically, 3-point shooting. Butler has been a no-show from beyond the arc this season, notching merely 16% from 3-point range in 2022.

On the season as a whole, Jimmy Butler is shooting an abysmal 19% from behind the 3-point line. He has also noticeably regressed as a mid-range shooter, shooting 36.3% from that range on 3.6 attempts a game.

Also read: “My friend drowned and died and he was going to take me with him”: Michael Jordan dished on his harrowing experiences with water and how it led to a phobia

Jimmy Buckets may still be elite at getting to the rim and drawing fouls to drain free throws at a solid 88% clip, however, guarding him has become quite predictable as of late.

The ‘wall’ the Miami Heat had built to guard Giannis in the 2020 Bubble Playoffs can, in essence, be used to guard Jimmy Buckets now with him being a negative as a floor spacer.

Jimmy Butler was scoreless for a majority of the game against the Bucks last night.

The Milwaukee Bucks, on a go-ahead bucket from Jrue Holiday in the waning seconds of the fourth quarter, beat the Miami Heat last night, 120-119. Sixth Man of the Year frontrunner, Tyler Herro, carried the Heat’s offense last night with 30 points as Jimmy Butler had merely 6 points on 2-14 shooting from the field.

Also read: “It was challenging for sure”: Stephen Curry describes seeing Dell Curry and Sonya in 2 different sections at Madison Square Garden when he broke the All-Time 3-pt record

The last 36 minutes of play, essentially every quarter after the first, saw Butler score 0 points. His shots from beyond and the mid-range weren’t falling and it was clear that he just could not get into any sort of rhythm.

Butler is on the Heat’s books through the 2025-26 NBA season, with him, at age 36, earning $52.4 million. If he continues to regress on the offensive end at such a degree in the coming seasons, that last year of his contract is going to be perhaps the worst in NBA history.