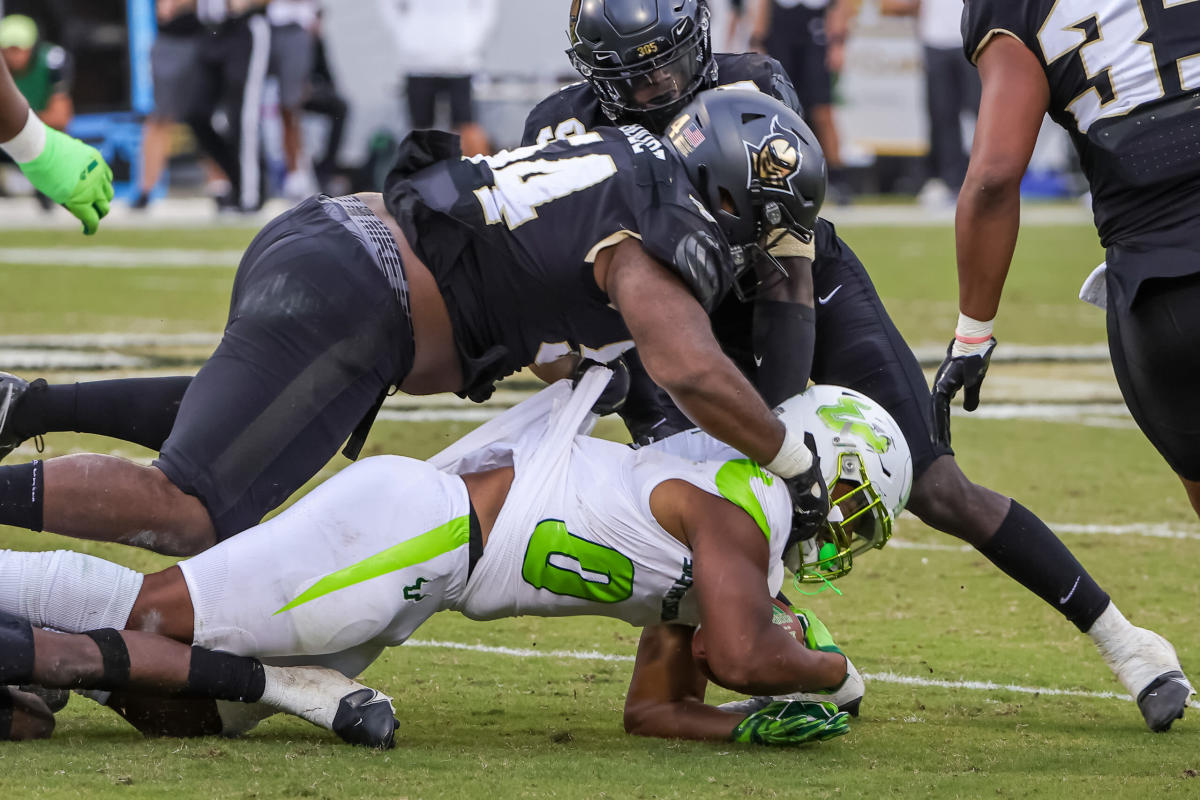 BIG RAPIDS, Mich. — Michigan football has brought in two transfers this offseason — thus far — and while one has gotten a lot of positive press, another is flying under the radar.

Of course, the reason why former Virginia center Olusegun Oluwatimi has received positive fanfare is in large part due to him having been on campus for spring ball, in conjunction with having been a Rimington Award finalist. UCF transfer, defensive tackle Cam Goode, has just arrived on campus, and fans will finally some idea of how he fits into the complexion of a revamped Wolverine defensive line.

On Thursday at the Michigan Football Showcase at Ferris State University, WolverinesWire asked head coach Jim Harbaugh what kind of player Goode is. And while he could go to the tape from his time in Orlando, Harbaugh is looking more forward to what Goode does now that he’s in Ann Arbor.

“We will see, (Friday) is the first day of the summer cycle,” Harbaugh said. “He will have the ability to show what he can do.”

Naturally, Harbaugh sees what Oluwatimi has done thus far as a measuring stick for Goode. If there are any similarities between the two, then the Wolverines will continue trending upwards on the lines on both sides of the ball.

“Oluwatimi — we just call him Olu because it’s hard to say the entire name — Olu is a real great example of someone who was really successful at Virginia and came to Michigan mid-year,” Harbaugh said. “He was all about his business. All about working on the field, in the weight room, and he could’ve been the kind of guy who said I’m the starter — Rimington finalist, etc. He said none of that. He just got to work and he gained the respect of everybody on the football team — coaches and players.

Though it would stand to reason that the Wolverines are done in the transfer portal — especially considering the difficulty that admissions present — Harbaugh isn’t ruling out the possibility of one more player, it seems, should the opportunity present itself.

Everything Jim Harbaugh had to say at the Michigan Football Showcase