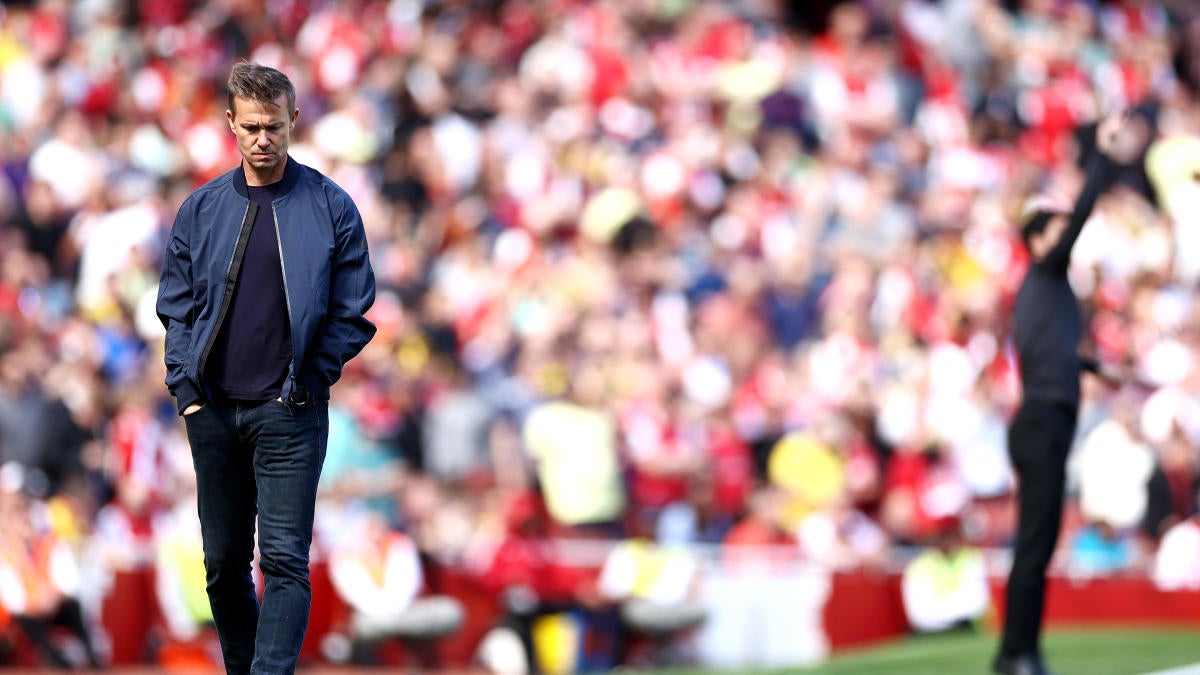 LONDON — Jesse Marsch has backed his Leeds side to escape from the Premier League drop zone and believes that victory against Chelsea on Wednesday night would give his side an acceptable return from a run of three tricky fixtures.

Leeds sit 18th in the Premier League table after Sunday’s 2-1 defeat to Arsenal, a second successive defeat for American manager Marsch, which came at the same time as relegation rivals Everton won at Leicester. That win for Frank Lampard’s team puts them a point away from the drop zone with a game in hand. With three games to go, the Whites are level on points with Burnley but their goal difference is twice as bad as their nearest rivals.

Leeds have taken 11 points from nine games under Marsch so far but have seen their relegation rivals put together impressive runs of results just as the fixture list handed them testing assignments against City and Arsenal, the latter one in which they were pushing to steal a point late on despite seeing captain Luke Ayling sent off in the first half.

Wednesday brings the visit of bitter rivals Chelsea to Elland Road, a match where any points would allow Leeds to escape the bottom three for the time being. Victory would also, in Marsch’s mind, be an acceptable return from a hellacious run of games.

“I do believe [the team will get out of this]. I knew going into these three matches against City, Arsenal and Chelsea that picking up points was going to be incredibly difficult,” Marsch said. “I knew we could manage to find some points. Right now if we beat Chelsea, I would walk away from the three matches and think if you’d [offered] me before the three matches three points, I’d go ‘OK, that’ll help us’.

“Obviously we failed the first two tests and we have another massive test Wednesday night against a team that has a little bit more rest than us (Chelsea drew 2-2 with Wolverhampton Wanderers on Saturday). We’ve just got to turn around, find a way to stay strong, put a group on the pitch that is going to do whatever it takes, like they did in the second half and find a way to get our points. That’s the only focus right now.”

Marsch’s side looked dead and buried after half an hour at the Emirates Stadium. Former Leeds striker Eddie Nketiah had scored twice, the first capitalizing on a heavy touch from goalkeeper Illan Meslier, before Ayling saw red for a wild tackle on Gabriel Martinelli.

However the visitors held firm early in the second half, benefiting from some lackadaisical finishing by their opposition before striking with their first shot on target in the 66th minute, a thumping back-post drive by Diego Llorente off a corner.

From then on Leeds gave Arsenal quite the scare, Rodrigo going closest with a flicked header in added time. Marsch is looking to “encapsulate” the fighting spirit of those closing minutes as he looks to drag his side to safety.

“We dug ourselves a massive hole and made a difficult task much, much more difficult,” he acknowledged. “Obviously far from the start that we wanted but our resolve and fight – when the game was incredibly hard – was amazing. I know there are no rewards for us, especially now that we’re in the relegation zone, but we have to stay positive, stay strong and forge on. That’s the only way we can operate right now.

“The message after the game was our focus is fully on Chelsea right now to do whatever we can to recover and prepare ourselves for a big match on Wednesday.

“The disappointment in the dressing room right now is massive. We know that we let ourselves down by the way we started but I have to find a way to be real with them but positive. We have to recover, go again and not feel sorry for ourselves. That’s the only way I think about how to deal with tough moments.”

Leeds, who set a Premier League record for the most yellow cards in a single season when they received their 96th booking, will have to do without captain Ayling for the remainder of the season with his red card foul on Martinelli set to earn him a three-game ban for violent conduct. Marsch refused to criticize his captain, who marked a landmark occasion against the club where he began his footballing career with a moment of madness.

“It’s a little bit ironic given it’s 500 matches for Luke and he’s such an experienced player,” said the Leeds boss. “It was just a moment of poor judgement from him. He has been an incredible part of what we’ve accomplished since I’ve been here. I’m disappointed for him and the team but that’s the situation. We have to accept it and move forward.”

Asked whether he was disappointed in his captain, Marsch said: “He apologized, but it’s not the time to point fingers. If we start playing the blame game with our team we’re screwed. The only potential we have to fight our way out of this is sticking together, being disciplined and believing in what we’re doing.”