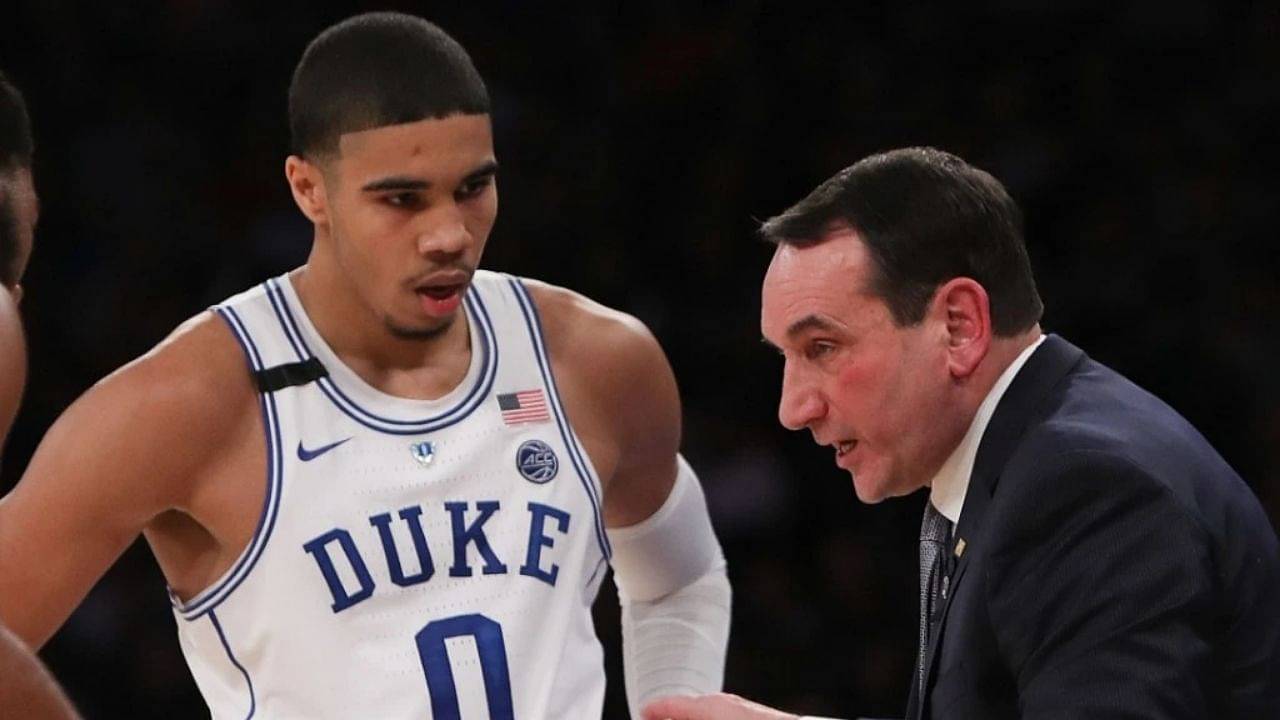 Celtics star Jayson Tatum recalls his days at Duke, tells Draymond Green about an incident with Coach K in the game against Virginia

The Boston Celtics are having a wonderful season. Jayson Tatum is leading them from the front and that, in turn, has led them to have a 47-30 record, good for the 3rd seed in the East. The former Blue Devil has been on a tear ever since the new year. He’s averaging 27 points, 8 rebounds, and 4.3 assists per contest this season.

This week, Tatum made his way to the Draymond Green show. There, he talked about his chemistry with Jaylen Brown, the turnaround the Celtics had, and Coach K. With Duke facing the University of North Carolina this weekend in the Final Four matchup, emotions are running high for JT as a former Blue Devil.

Also Read: “You better win the MVP Joel Embiid, cause next year, it’s mine”: Jayson Tatum takes a warning shot as he aims to be the 2022-23 NBA MVP

Coach Mike Krzyzewski is coaching his final season at Duke, and this is his final NCAA tournament. While on-air with Draymond Green, Tatum shared one of the more iconic moments he had with the legendary coach.

When Jayson Tatum was in high school, Coach K made his way to his home, to recruit him to join Duke. Coach knew where Jayson was from, how he grew up, and what kind of potential he had. Along with that, he also knew how to push Tatum’s buttons.

Tatum only played one season at Duke before registering for the NBA Draft, but that season made a big impact on him. Once Duke was playing Virginia Tech on the road, and JT was struggling against them. He recalls,

“We (were) playing at Virginia and I only had two points. I had two points in the first half, and I guess I kept passing up shots. Came in, (Coach K) took his suit jacket off and he threw it like right at my feet. And he was yelling at me, and I’ll never forget this — he said, ‘You acting like a soft-ass St. Louis kid. I should’ve left you where I found you.”

Also Read: “Jayson Tatum had a chance to unload on LeBron James!”: Kyrie Irving mocks Celtics superstar for not dunking on The King in his first NBA game

Well, the mark Coach K made on JT is apparent, and he still carries the same teachings till date.