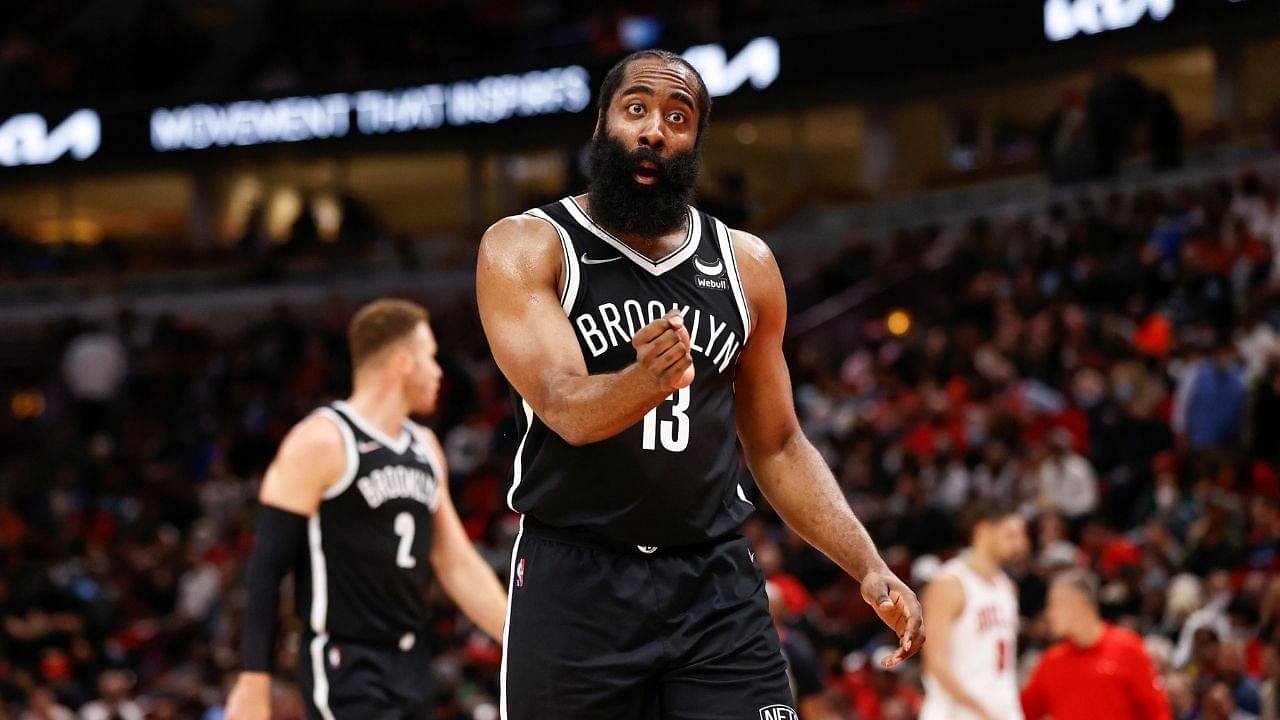 James Harden will be trying to shake off memories of some demoralizing losses in a tumultuous season with the Brooklyn Nets so far.

There’s a thing about James Harden that seems to tick off every basketball fan. The 2017-18 NBA MVP has a propensity to game referees all through the match in different ways.

His performances suffered a dip at the start of the season this year, and he’s not really shown he’s good enough to be an All-Star. There were several candidates at the guard position in both Conferences who would’ve been better selections based on this year.

Nevertheless, Harden being traded to Philly with the most complete big man in the game is definitely a recipe for scary hours. Scary hours are a promise that he made to Brooklyn fans, but he didn’t quite deliver.

Also Read – “Stephen Curry has a foot fetish?!”: Ayesha Curry calls the 3x champion a weirdo for having a foot fetish as they take a relationship test

The Boston Celtics started the season off much like the Beard – slow and sluggish in getting into their stride. However, there is an unmistakable swagger and improved efficiency in the way they’re currently playing.

An all-around team performance on both ends of the floor saw Jayson Tatum and co smack the Philadelphia 76ers by a whopping 48 points. James Harden, who’s been ruled out with hamstring troubles, was on the bench watching on.

He was also on the bench as the Celtics smacked the Brooklyn Nets a couple of games back. While their 9-game win streak means that they’re now 6th in the East, the Nets only broke an 11-game L streak with a dub against the Kings yesterday.

James Harden will doubtless bolster a Sixers team clearly in need of playmaking. It remains to be seen how he fits them defensively, though it won’t be much of a concern. Nevertheless, it’s an amusing observation about him that Celtics fans can cherish. There are too maby incidents of Harden giving the Cs the business which send us into PTSD.

Also Read – I had to guard John Stockton 94 feet! Gary Payton enlists every reason why the Utah Jazz legend was a tougher defensive assignment than Michael Jordan.