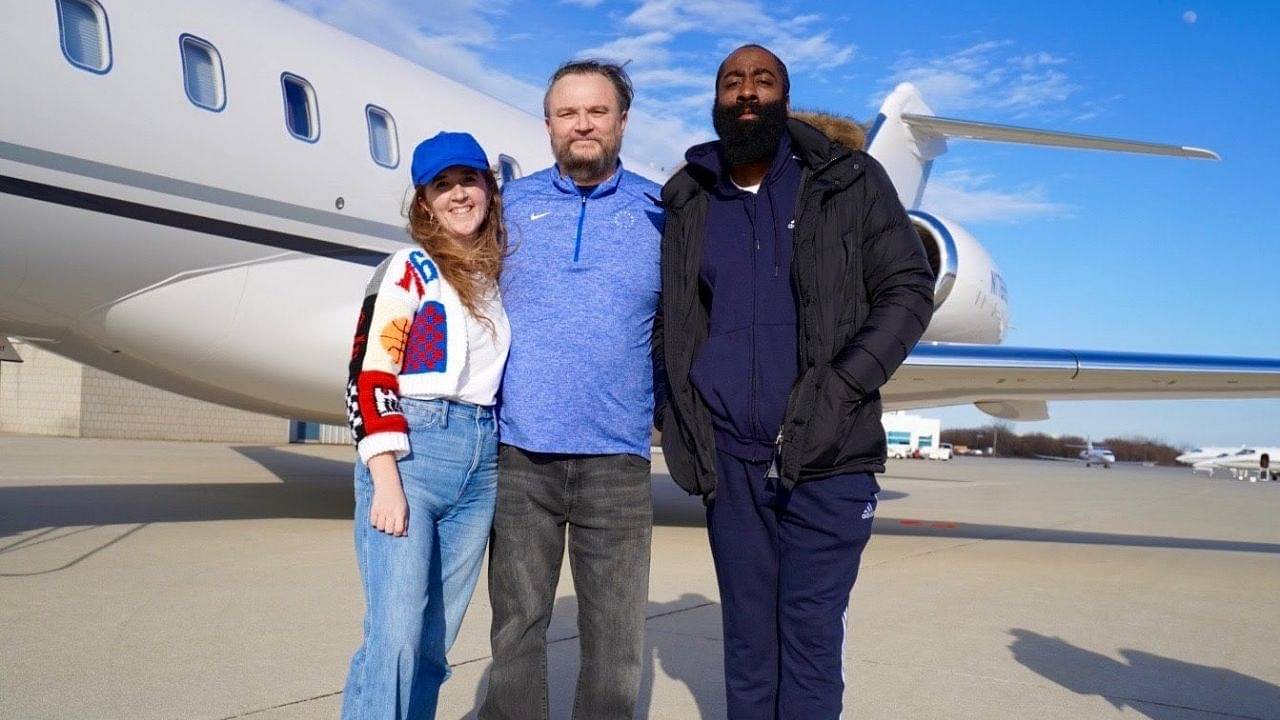 It has been 3 days since the Sixers traded for James Harden. The Sixers and the Nets came to an understanding just hours before the trade deadline. The 76ers had to give Ben Simmons, Seth Curry, Andre Drummond, and two first-round picks. Daryl Morey, the Sixers’ president has a special relationship with James Harden, further serving as motivation for the trade.

After the trade, Morey uploaded media on Twitter earlier today, which showed him and James Harden in front of a private jet.

Also Read: “An ecstatic Daryl Morey receives James Harden at the airport”: The city of Philadelphia welcomes The Beard with open arms with his new jersey #no.1 already being on display

This did not sit well with Richard Jefferson, who went on to point out how close NYC and Philly are.

It’s literally a 90 min drive from Philly to Nyc 😂😂 https://t.co/IPfSRsGLbD

Daryl Morey, as we all know, is a championship-first executive. He would do anything to win, and we saw the same all throughout his time in Houston, and now in Philly. After empowering Joel Embiid for two MVP caliber seasons, Morey now added the firepower of James Harden to the mix as well.

After looking at this picture on Twitter, a lot of users had thoughts, and they didn’t shy away from sharing them.

Why James look like he just got out from doing a bid https://t.co/Z14OPAZHeY

What club you guys headed to? https://t.co/tMcTaIizhD

Also Read: “Joel Embiid goes Godzilla on the 6″10′ Jarrett Allen”: The Philly center becomes the first player since Wilt Chamberlain to have a 40-point triple-double in franchise history

Time to lose to the Bucks https://t.co/c5ogylClCN

You all have literally never won anything. https://t.co/AbjTG6c4UA

With Joel Embiid and James Harden, Morey is finally looking to winning his ring. He has a great shot, if he manages to get these two to gel together and play. It would be fun to see how that goes.