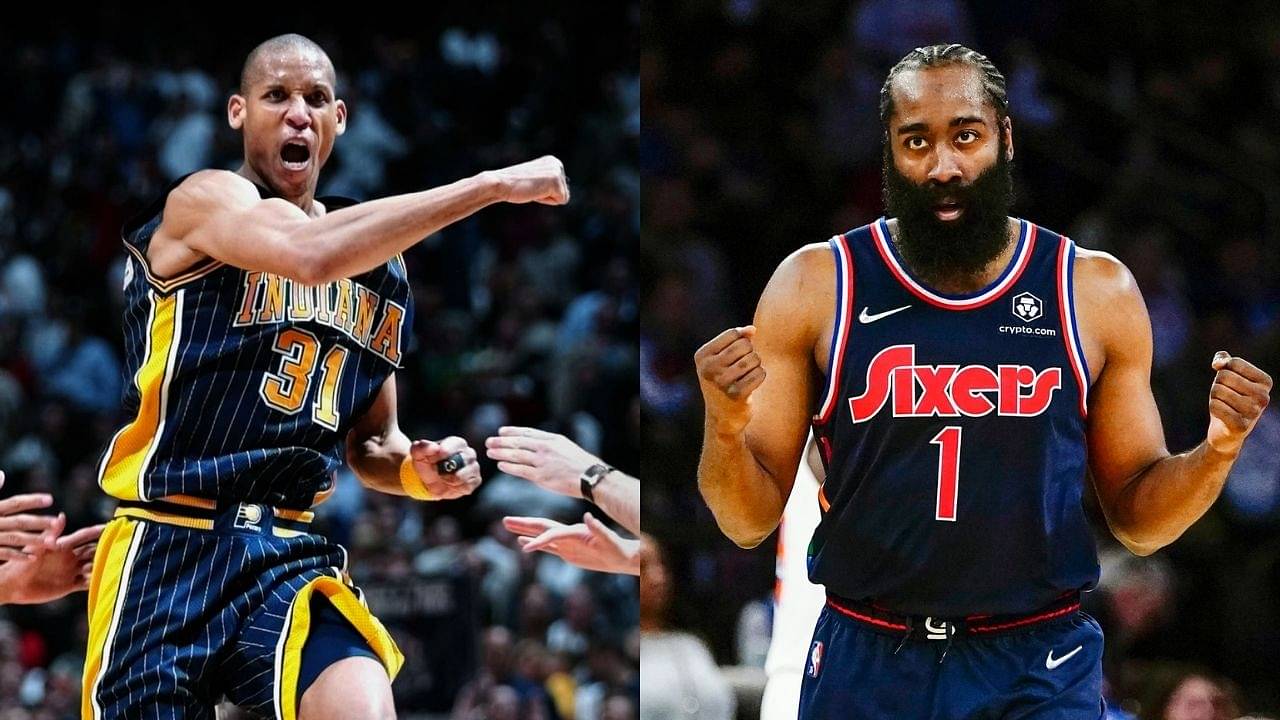 James Harden is all set to take on the New York Knicks in a highly anticipated home debut. Harden also has the chance to pass Reggie Miller on the all-time three point list in his first game in Philly.

After growing frustrations with the Brooklyn Nets, and the way Kyrie Irving couldn’t play, Harden expressed his desire to be traded, and with the Ben Simmons situation growing more and more uncomfortable in Philly, the perfect trade was set up for the 76ers.

Harden and Embiid have formed a dynamic duo together, and though the sample size is small, you can see the potential for this duo to achieve great things together. Of course, there is a long way to go before that happens, but for right now, there is a lot of buzz in Philly with the two superstars being paired together.

The Beard enters tonight 6 threes away from 3rd place on the all-time list as PHI hosts NYK at 7:30pm/et on ESPN pic.twitter.com/sZbwInOOiy

Also Read: “The fans in Philadelphia are the best, Welcome Home killa!”: James Harden has Allen Iverson’s endorsement ahead of his home debut with 76ers

Harden’s 76ers home debut will definitely be memorable, but it could be much more memorable if he hits 6 three pointers. That will take him to 2,561 threes, passing Reggie Miller for third all time.

It’s sometimes easy to overlook how impactful Harden has been from the three point line. He’s not the lockdown threat that someone like Curry or Klay Thompson may be, but over his career, he’s taken a high volume of three point shots, and knocked down many of those too.

When it’s all said and done, Harden could definitely end up finishing his career second all time in three pointers made (nobody is touching Curry). He’s currently 418 threes behind Ray Allen, and if he has a few more good seasons, he could be there in about 2-3 years.

For now, however, the watch for Harden’s three point total will definitely be on tonight.

6 THREES AWAY from 3rd all-time! @JHarden13 is closing in on history as the @sixers host the Knicks at 7:30pm/et on ESPN. pic.twitter.com/LkFRwReGIy

Also Read: “LeBron James is only a few assists away from becoming the only member of the 30k-10k-10k club” – The Lakers superstar’s record hinges on Talen Horton-Tuckers ability to hit shots