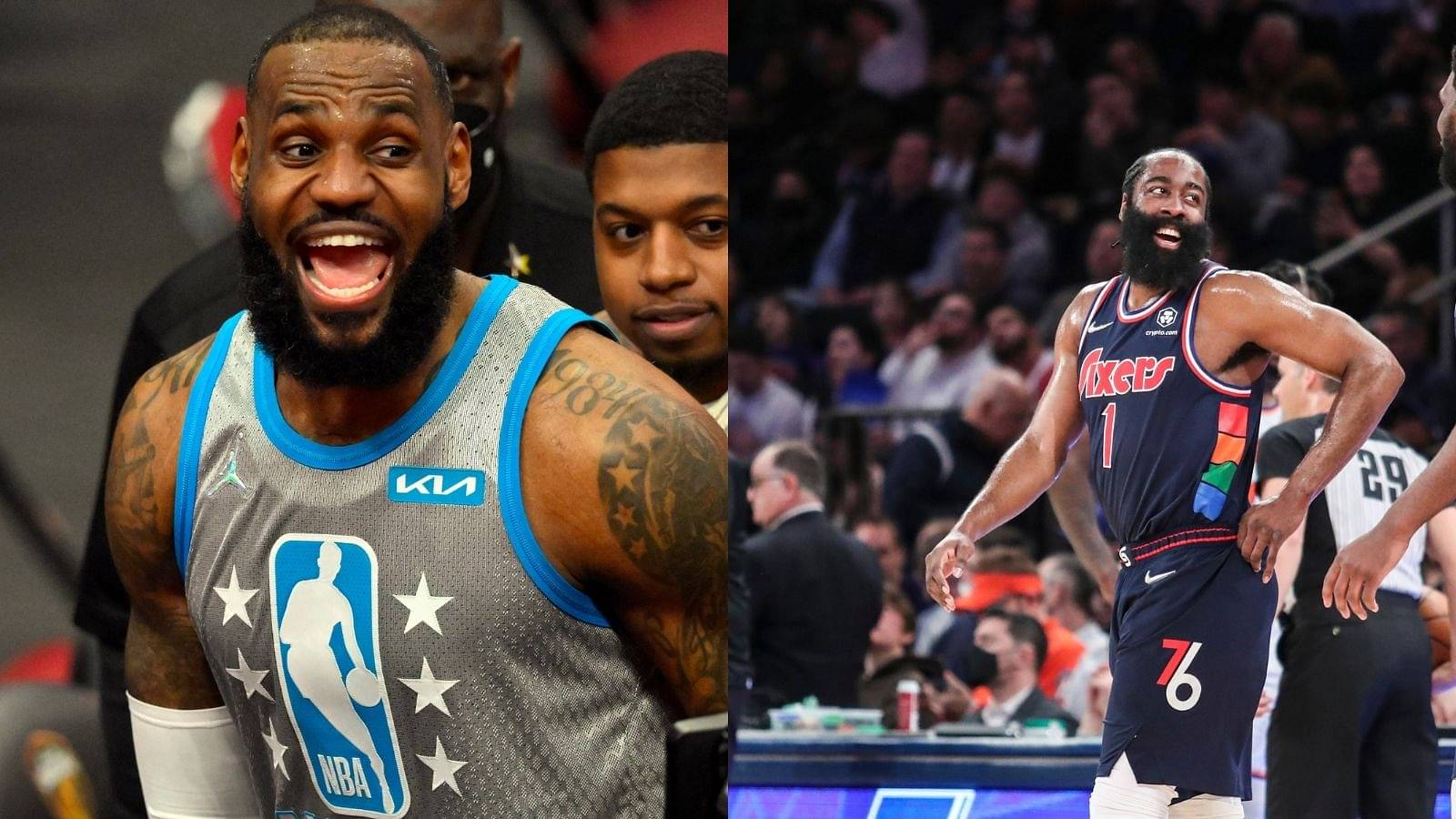 LeBron James finds a Lobos plug-in opportunity as James Harden falls down while trying to take a seat on the sidelines.

James Harden has transformed into his Houston Rockets self, at least in part, with the Sixers. While his debut game Friday night was the best Philly could hope for, he somehow topped it tonight against New York Knicks.

The Beard’s stat line was nothing short of marvelous. He has 29 points, 16 assists, 10 rebounds, and 5 steals to go along with that. In addition, he did all this while only having 3 turnovers which are in sharp contrast with the way he played for the Nets.

Also Read: “Never seen Dwyane Wade balance the checkbook!”: Gabrielle Union revealed why she signed a prenuptial agreement ahead of her wedding with the Miami Heat legend on the Arsenio Hall Show

Drunk James Harden slips while trying to take a seat

During the pre-game warmups, James Harden slipped in an attempt to take a seat. While Tyrese Maxey was on the sidelines completely clueless, James Harden took a hard fall but it was hilarious. Clearly The Beard thought so too as he himself shared the clip on Instagram with a caption “Drunk at the bar!” and several laughing emojis

James Harden looked like the drunk uncle at weddings. LeBron James and teammate Danny Green couldn’t stop laughing in the comments section. The Lakers superstar went a step further and saw an opportuning to promote his Tequila brand ‘Lobos’.

We have seen Harden drop 44 points and dish out 17 assists after missing practice to visit a strip club in Houston. A 29-point triple-double off the Lobos is a regular day at office for the 3x scoring champion.

Harden looks just as happy with the Sixers as he did in his first week with the Brooklyn Nets. For obvious reasons Joel Embiid is a much better teammate than injured Kevin Durant and part-time Kyrie Irving.

Also Read: “LaMelo Ball is so much like me, man!”: Magic Johnson heaps incredible praise onto shoulders of Hornets star after touching on his astronomical work ethic